"Endeared to me by every tie" 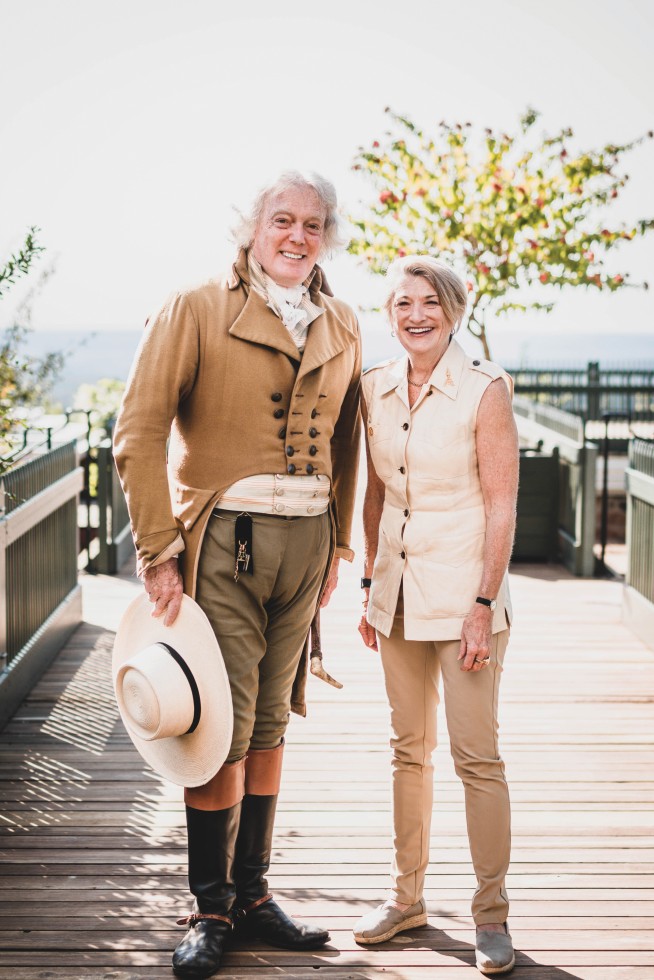 Though Monticello was the center of Thomas Jefferson’s world, he spent much of his life away, securing the promise and prosperity of the new nation he helped found. Upon retiring from the presidency in 1809, Jefferson wrote to the General Assembly of Virginia, “I shall retire into the bosom of my native state, endeared to me by every tie which can attach the human heart.” In this issue, we celebrate Mr. Jefferson’s return to the mountain. Bill Barker, widely recognized as the nation’s foremost interpreter of Thomas Jefferson, has joined Monticello after portraying him at Colonial Williamsburg for 26 years. Bill’s knowledge, experience and passion are unparalleled, and we are proud to have him enliven our visitors’ experience and help share Jefferson’s immense contributions to our world.

Our commitment highlighting these contributions echoes across the mountaintop today. The 57th Annual Independence Day Celebration and Naturalization Ceremony featured inspiring remarks by constitutional rights advocate and Gold Star parent Khizr Khan, and hosted nearly 70 individuals from 35 countries to take their oath of citizenship at Monticello. Our traveling exhibition, Slavery at Jefferson’s Monticello, now on its second national tour, chronicles the hard-fought journey to freedom for members and descendants of Monticello’s enslaved community. Developed in partnership with the National Museum of African American History and Culture, and touring with support from the National Endowment for the Humanities, the exhibition will open in Richmond in February, following its 2019 tour to Dallas and Detroit.

During our annual Heritage Harvest Festival, we were delighted to announce the opening of Monticello Farm Table. Monticello has worked with pioneering chef, author and food activist Alice Waters to align our cafe with Jeffersonian values on food and agriculture, showcasing produce from Monticello’s farm and local food suppliers.

We are also pleased to take you behind the camera with famed photographer Miguel Flores-Vianna, who reveals Jefferson’s eye for architecture and design through his exquisite photography.

As we approach the holiday season, I want to share my gratitude for all the ways you support Monticello. Through your generosity, visitation and advocacy, you ensure that Monticello remains a touchstone for our shared experience — a powerful lens through which to understand what it means to be an American today.

We look forward to welcoming you back to Monticello soon.