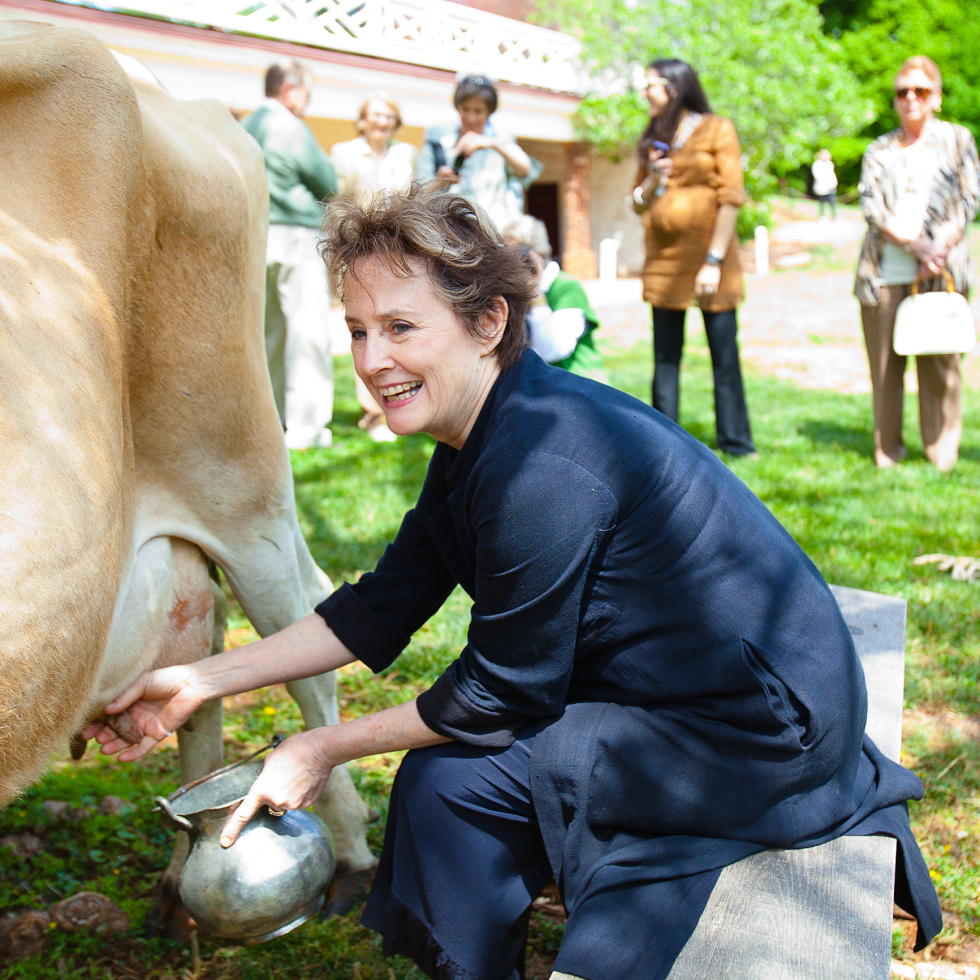 Alice Waters, whom the New York Times has called “the spiritual mother of all that is organic and sustainable,” has cultivated a close relationship with Monticello. The recipient of the 2017 Thomas Jefferson Foundation Medal in Citizen Leadership, Waters has helped guide and shape Monticello’s commitment to promoting agricultural stewardship at Tufton Farm and inspired the creation of Farm Table, a café at Monticello.

Chef, author, food activist and the founder and owner of the world-renowned Chez Panisse restaurant in Berkeley, California, Waters has championed locally grown, organic agriculture for more than four decades. She founded the Edible Schoolyard Project in 1995 and is the author of 15 books, including The Art of Simple Food I & II, The Edible Schoolyard: A Universal Idea and her latest book, Coming to My Senses: The Making of a Counterculture Cook (2017). 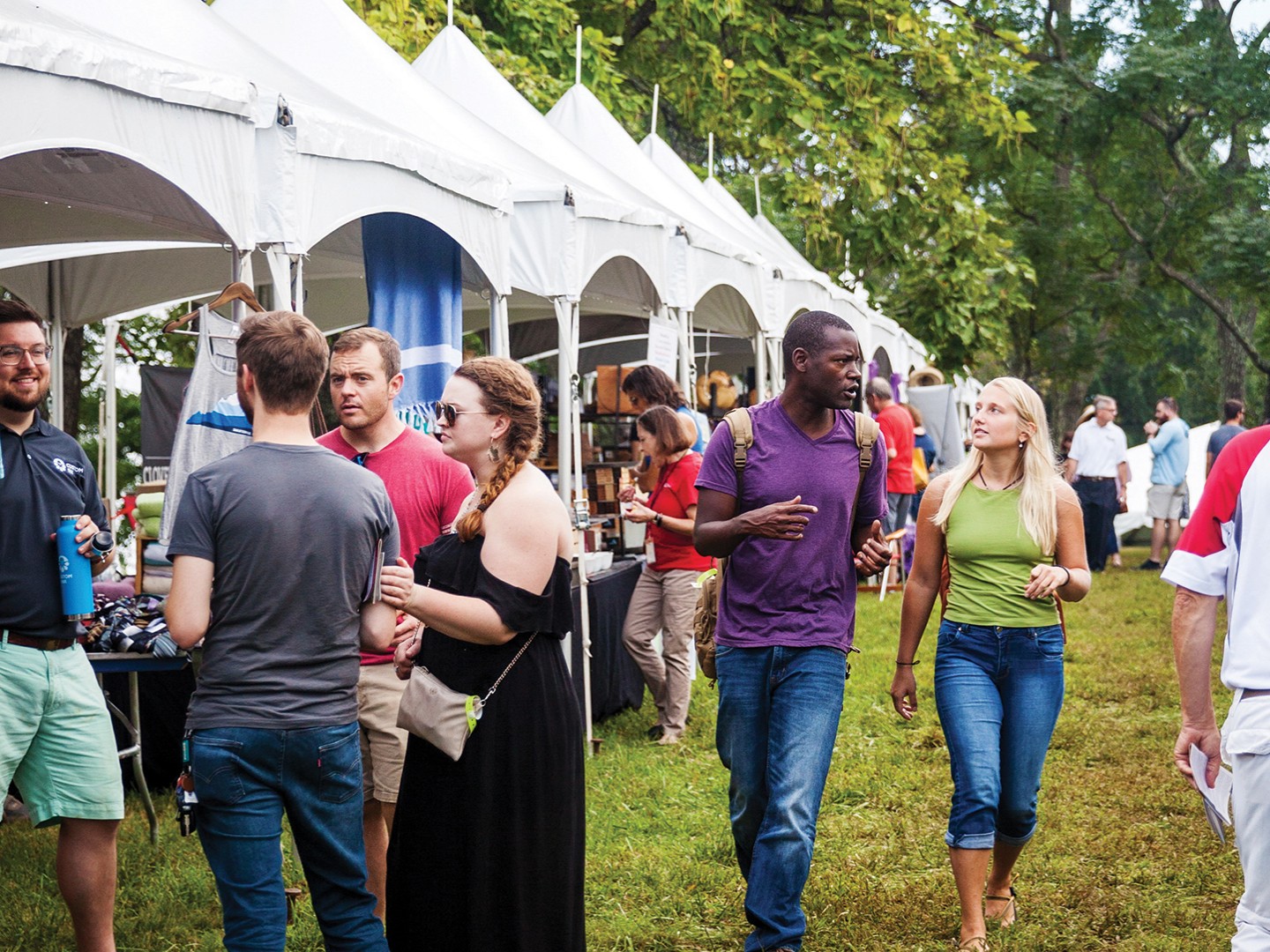 Alice Waters and renowned Atlantic food writer Corby Kummer will serve as co-chairs of the 2019 Heritage Harvest Festival, which takes place on Sept. 21. Hosted by Monticello in partnership with Southern Exposure Seed Exchange and Seed Savers Exchange, the festival welcomes more than 3,500 visitors from across the country to Monticello’s renowned West Lawn — promoting gardening, farming, sustainability, farm-to-table cuisine and the preservation of heritage plants.

The festival highlights American chefs and foodways by exploring the varied food cultures that inﬂuenced Monticello’s unique cuisine. At the heart of the festival are the educational tent talks presented by top authors and subject experts who share important conversations on diverse topics of food, farm and garden. Local artisans, children’s programming, regional samplings, food and beverage gardens, DIY workshops and an Old-Timey Seed Swap round out this highly anticipated annual event.

Farm Table, a café at Monticello

American statesman Daniel Webster noted in 1824 that Jefferson “enjoys his dinner well, taking with meat a large proportion of vegetables … Dinner is served in half Virginian, half French style, in good taste & abundance.” Farm Table café embraces Jefferson’s well-documented dedication to seasonal produce and hospitality, along with Waters’ emphasis on the importance of fresh, local food. Through an innovative farming program implemented on Monticello’s nearby Tufton Farm, the new café will take full advantage of resources right on Jefferson’s grounds.

Alice Waters - In Her Own Words 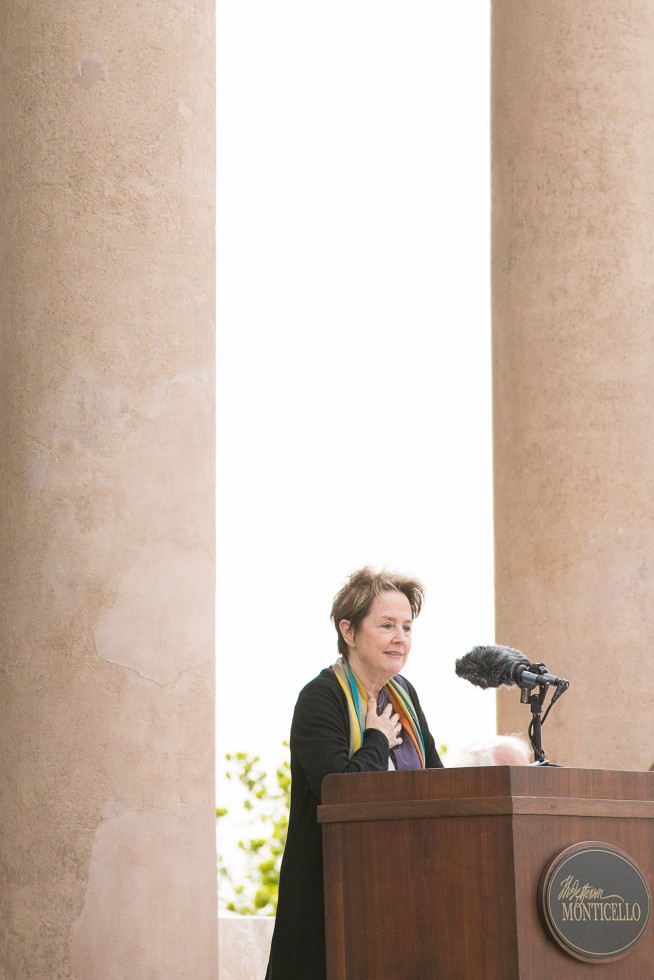 “Jefferson is the founding father who has inﬂuenced me more than any other ﬁgure in American history. He inspires me for one big reason: Because he dreamed of the same future I dream of today — a nation given its essential character and its deepest principles by the values of farmers.

“As we all know, he collected hundreds of fruits and vegetables. Just reading the names of their varieties is exhilarating. He loved variety, but he wasn’t collecting just to build a collection. He was a ruthless, methodical experimenter. He always kept track of things. Wherever he was, he observed. He paid attention. He recorded things. And he enjoyed it all.

“Jefferson imagined a different future, a nation of small farmers growing delicious food. And as he wrote in a famous letter to the ﬁrst Supreme Court Justice, John Jay: ‘cultivators of the earth are the most valuable citizens. They are the most vigorous, the most independent, the most virtuous, & they are tied to their country & wedded to it’s liberty & interests by the most lasting bands.’

“I share Jefferson’s belief in an agrarian ideal of a farmer because I know young men and women farming today who are upholding that ideal. And I have enormous hope that there will be more and more of them with every passing year.”