Can’t bear to travel without all the comforts of home at your ﬁngertips? On the road, but don’t want to confront dirty dishes at the next tavern? If you were William Short, American diplomat, seasoned traveler and Thomas Jefferson’s protégé, you didn’t leave home without your traveling case. 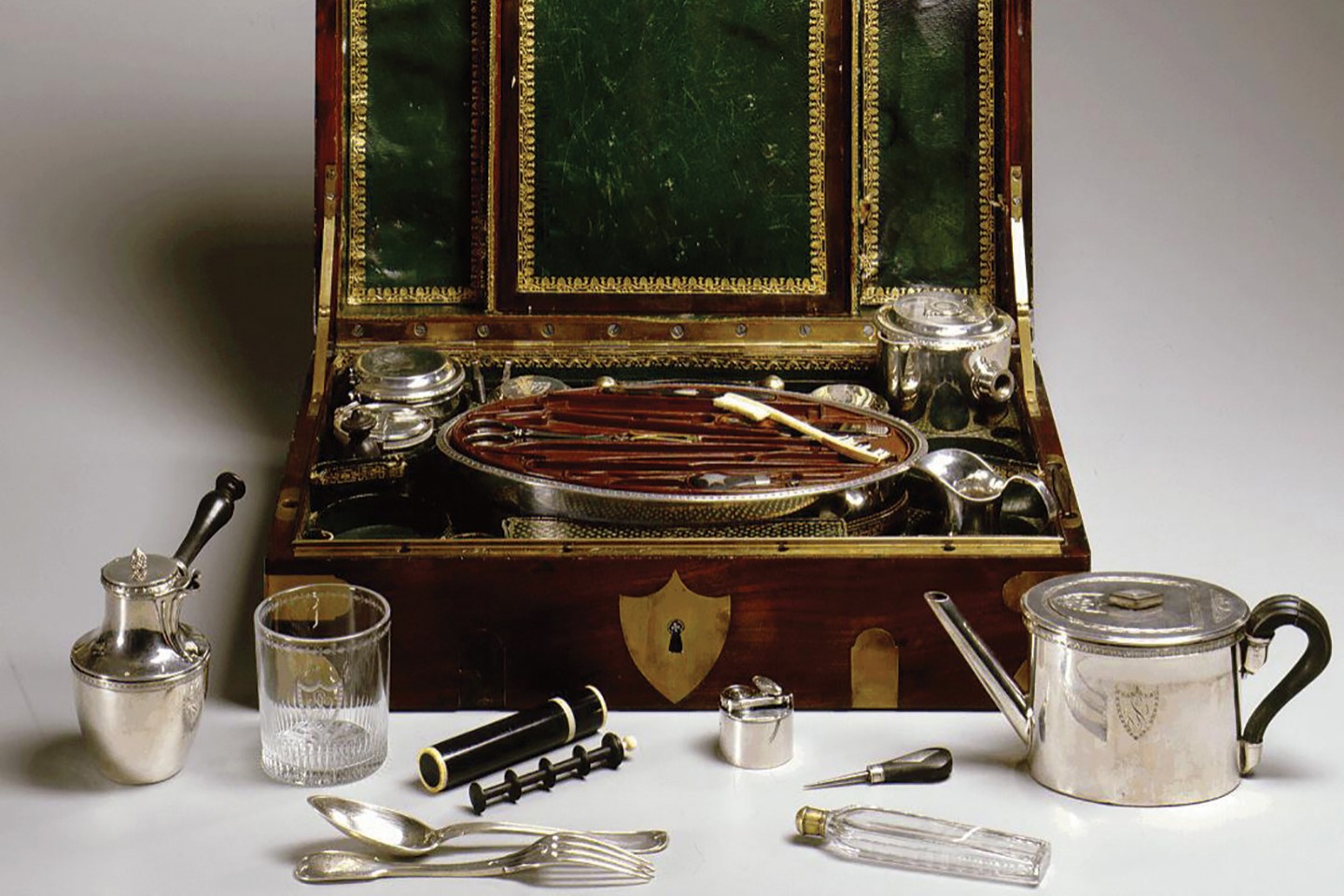 The traveling case is the gift of William K. Sonntag. New traveling case pieces not pictured but referenced are the gifts of Anne Kinkead Jacoway Abney.

Purchased in Paris around 1810, the elaborate mahogany traveling case was richly appointed — not a millimeter of space was wasted. The box was ﬁlled and ﬁtted to the brim with silver tea, coffee and chocolate pots; dishes; cutlery; candlesticks; shaving equipment; bottles and canisters, all elegantly monogrammed and carefully ﬁt to maximize the storage space. A Short family descendant collected many of the pieces and gave them to Monticello in the early 1990s. Last year, another descendant gave Monticello the candlesticks and the chocolate pot, nearly completing the set.

Jefferson also had a traveling set, but its whereabouts are currently unknown. Notes on and sketches of its contents suggest it was far simpler and less expensive than Short’s traveling case.  Historians and curators are constantly searching for new pieces that will help tell the story of Monticello. This traveling case, a recent addition to the collection, can be viewed in the Madison Bedroom at Monticello.