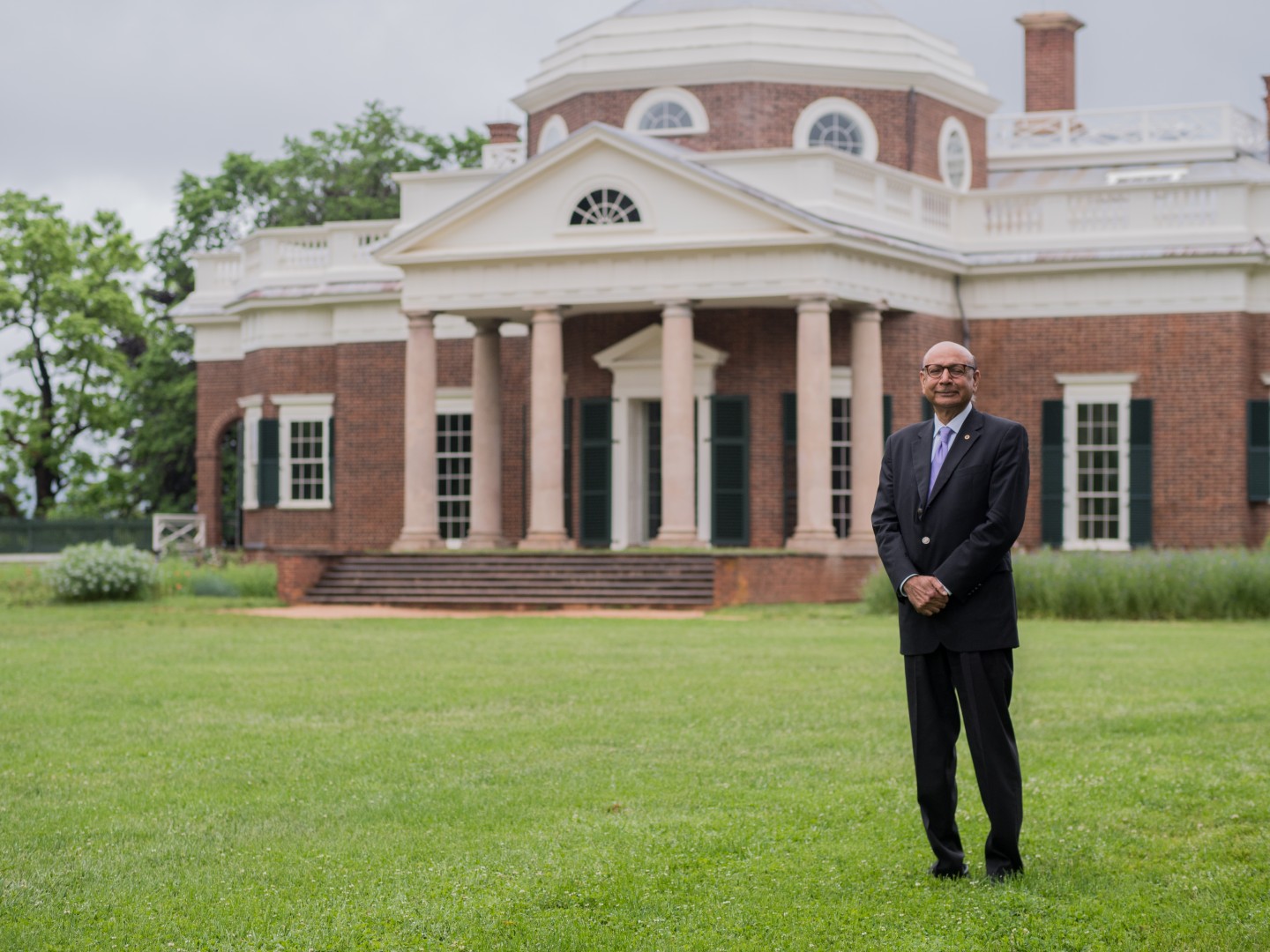 CHARLOTTESVILLE, VA – Monticello is pleased to announce that Khizr Khan, constitutional rights and national unity advocate and a Gold Star parent, will deliver the keynote address at its 57th annual Independence Day Celebration and Naturalization Ceremony—the nation’s oldest continuous naturalization ceremony held outside a courtroom.  The event also celebrates the 243rd anniversary of the adoption of the Declaration of Independence.

More than 70 individuals will take the oath of citizenship at Monticello on Independence Day. As a naturalized citizen himself, Mr. Khan understands the journey. Born in rural Pakistan, he cites his first readings of U.S. founding documents—most notably, the Declaration of Independence—as the inspiration for pursuing American citizenship. He and his wife, Ghazala, migrated to the United States in 1980, and became citizens six years later.

A turning point in Mr. Khan’s life was the death of his middle son, University of Virginia graduate and United States Army Captain, Humayun Khan, who died in 2004 while trying to stop a suicide bomber in Iraq. Captain Khan’s heroism saved the lives of more than 100 soldiers, and he was posthumously awarded a Purple Heart and the Bronze Star. Mr. Khan honors his son’s legacy through his involvement with the University community.

Mr. Khan is known as an advocate for religious tolerance and civic engagement. His 2017 book,

An American Family: A Memoir of Hope and Sacrifice, is a timeless immigrant story which reveals his deep admiration for the U.S. founding documents.

“Khizr Khan’s firm belief in the principles of the Declaration of Independence and the Constitution, and his unwavering advocacy for religious liberty, serves as an inspiration to us all,” said Leslie Greene Bowman, president and CEO of the Thomas Jefferson Foundation at Monticello. “We are honored to welcome him to Monticello as our Independence Day speaker.”

This free, public ceremony begins at 9:00 a.m. Parking and shuttle bus transportation will be provided from Piedmont Virginia Community College to Monticello. For those that cannot attend in person, the ceremony will be streamed live online at www.monticello.org/july4.

Since 1963, over 3,700 people from countries around the world have sworn their oath of citizenship at Monticello. From Afghanistan to Zambia, these individuals have come to the United States for economic opportunity, family ties, love, refuge from crisis and more. Their stories, shared with the audience, are powerful reminders of what it means to be an American.

“New citizens are the hope and symbol of America’s compassion, and I am humbled to speak before them at this momentous ceremony,” Khan said.

The Thomas Jefferson Foundation was incorporated in 1923 to preserve Monticello, the home of Thomas Jefferson, in Charlottesville, Virginia. Today, the foundation seeks to bring history forward into national and global dialogues by engaging audiences with Jefferson’s world and ideas and inviting them to experience the power of place at Monticello. Monticello is recognized as a National Historic Landmark, a United Nations World Heritage Site and a Site of Conscience. As a private, nonprofit organization, the foundation’s regular operating budget does not receive ongoing government support to fund its twofold mission of preservation and education.