Vegetable gardens are sprouting up everywhere, thanks to a renewed interest in fresh, locally-grown food that is sweeping across America. From First Lady Michelle Obama’s Kitchen Garden at the White House, to gardens in schoolyards and backyards, Americans are experiencing the pleasure, hard work, and rewards of growing their own food. As Peter Hatch discusses in A Rich Spot of Earth: Thomas Jefferson’s Revolutionary Garden at Monticello Thomas Jefferson cultivated a wide variety of delicious and often unusual vegetables at his mountaintop home, including okra, tomatoes, eggplants, artichoke, and bell and hot peppers. 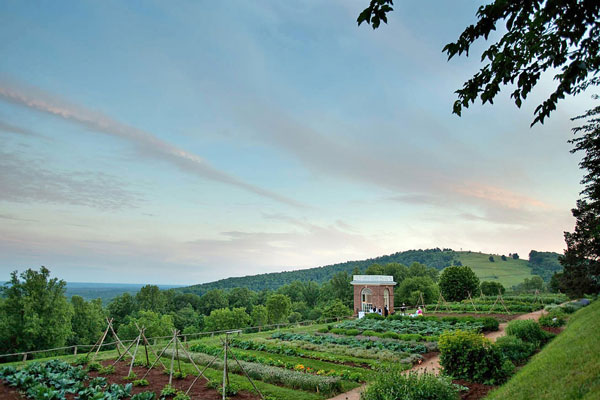 While Jefferson was able to grow 330 different vegetable varieties during his lifetime in his 1,000-ft-long terraced vegetable garden, gardeners today do not require as much square footage to obtain a bountiful harvest. In fact, if you are short on garden space, why not try growing vegetables amongst your flowers, or flowers in between your vegetables? Many vegetables have ornamental qualities themselves, such as the shiny red fruits of the cayenne pepper, or the purple-topped flower of the artichoke (if you can bear to leave any of the edible flower buds on the plant instead of eating them). Flowers like marigolds and zinnias are the perfect companion plants for vegetables; they attract pollinators and beneficial insects, and can often repel harmful 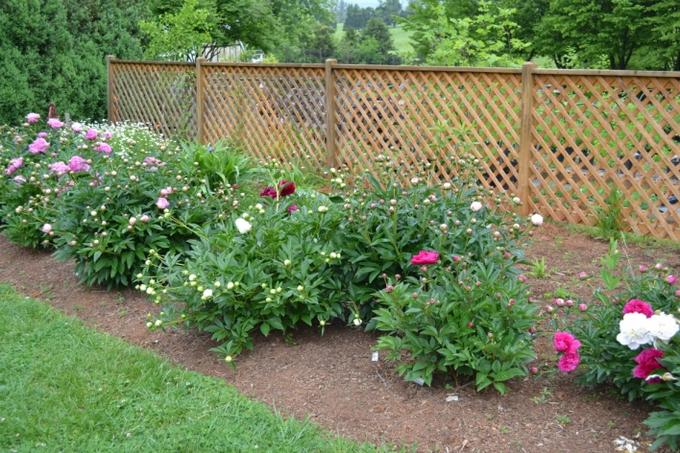 This year at the Thomas Jefferson Center for Historic Plants, we are growing an abundance of edible ornamentals and eye-catching flowers behind a well-established border of historic peony cultivars, whose flowers range from the snow white of  ‘Festiva Maxima’ (1831) to the apple blossom pink of ‘Sarah Bernhardt’ (1906) and the brilliant carmine red of ‘Felix Crousse’ (1881). 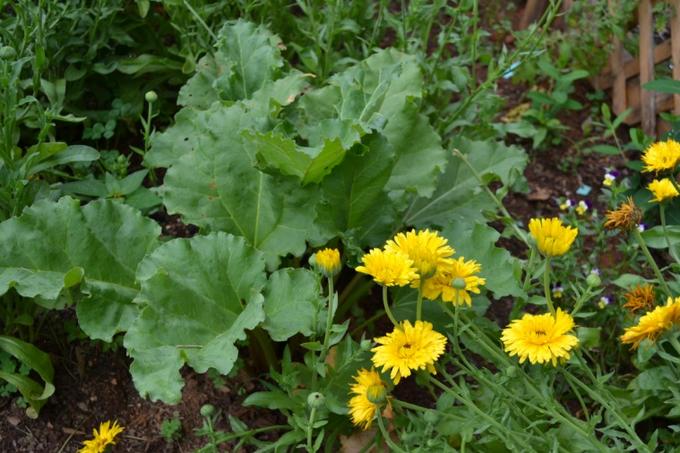 While this display is lovely in May, we decided to spice things up for summer by planting vegetables and flowers that make an impact and provide fresh food for the table as well: Artichokes (Cynara scolymus) and Cardoons (Cynara cardunculus) for their fountain of spiky, grey-green leaves and purple thistle-like flowers admired by bees and butterflies (to learn more about Artichokes and Cardoons, and see them growing in the Monticello Vegetable Garden, watch this short video; Okra for their 5-6ft stature and gorgeous pale yellow flowers followed by edible seed pods; Texas Bird Peppers (Capsicum annuum glabriusculum) for their tiny yet bright red (and spicy!) fruits; and Calendula (Calendula officinalis) for their constant flush of rich yellow flowers, once used to dye cheese yellow (if you won’t get around to dying cheese anytime soon, try adding the colorful calendula petals to salads). The trellis along the back of the bed provides support for heirloom tomatoes and cucumbers as well as old varieties of Clematis vines like the purple ‘Jackmannii’ and the purplish-red ‘Ville de Lyon.’ 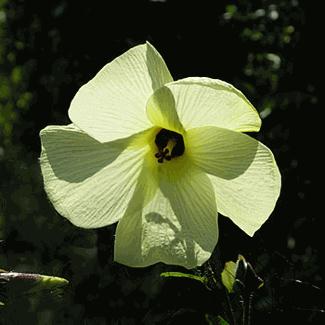 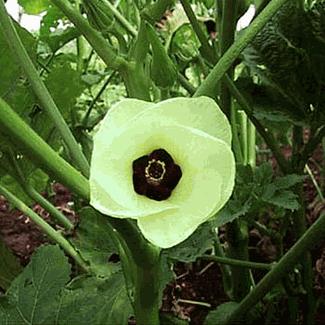 Dominating the bed in the latter part of the summer will be two related species with similar showy, hibiscus-like, yellow flowers: Okra (Hibiscus esculentus, or Abelmoschus esculentus) and the Sunset Hibiscus (Abelmoschus manihot, formerly Hibiscus manihot). Both plants will grow up to five or six feet tall and are edible. Okra’s edible seed pods have long been a part of the American diet, especially in the South; enslaved African Americans introduced okra to the colonies, and cooked the pods in gumbo as a thickener. While the Sunset Hibiscus has traditionally been grown as an ornamental flower in America since at least 1806, the leaves are actually high in protein and can be eaten raw or cooked. 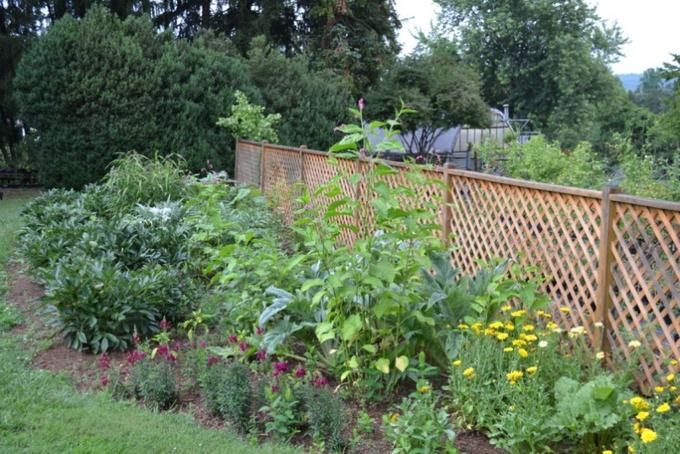 As you can see, even if you don’t have a designated “vegetable garden,” you can still grow and harvest a variety of plants to satisfy that urge to “grow your own!”