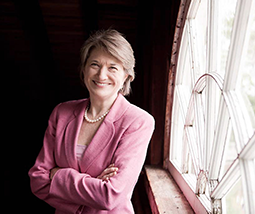 On November 7, 1805, William Clark and Meriwether Lewis reached a large body of water. Thinking it was the Pacific Ocean, Clark wrote “Ocian in view! Oh! The Joy!”

We know now that the Lewis and Clark Expedition was almost nearly there – only 20 miles from their destination (they had just reached the estuary of the Columbia), but nonetheless the joy they experienced reaching the end of a long, ambitious, and historic journey is something rare.

Today, we can relate to that sense of elation and achievement, knowing that two major restoration projects will be much nearer to completion thanks to a meaningful and magnanimous gift.

Over the past ninety years, the Foundation has steadily expanded its mission of preservation and education — reacquiring land once owned by Jefferson and preserving his landscape and vistas, researching and installing major restoration projects, developing a robust educational program which draws international scholars and statesmen, creating a community trail system, opening the Jefferson Library, and hosting more than 28 million visitors to Monticello. In 1987 the United Nations recognized the global importance of Jefferson’s three-dimensional autobiography by designating Monticello a UNESCO World Heritage site.

And yet, there is still so much left of Monticello to be revealed to a worldwide audience.

Today, I am pleased to announce Monticello has received a $10 million gift from David M. Rubenstein, philanthropist and Co-CEO of The Carlyle Group. The gift, one of Monticello’s largest, will help restore the upper floors of the house and reconstruct Mulberry Row, the adjacent plantation community where enslaved men and women and free workers lived and worked. This will allow visitors to experience Monticello much as Jefferson himself knew it. 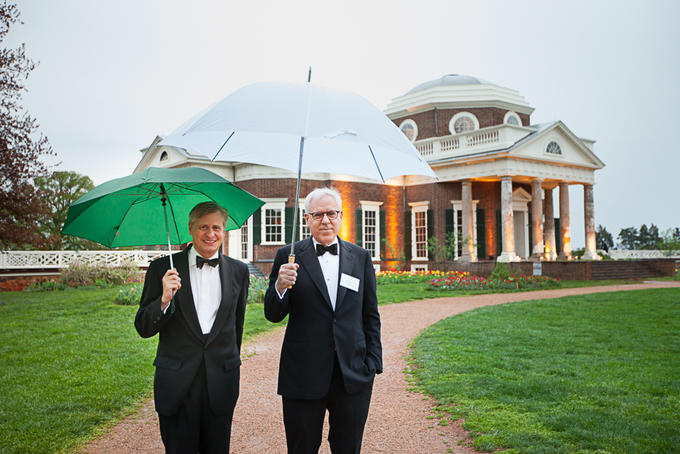 Funding will support substantial progress on restoration of the second and third floors of Monticello which were recently opened up to public tours. Currently all but one of the rooms on these floors, comprising one-third of the house, are not fully restored.

The gift will also enable Monticello to make significant progress towards the completion of Mulberry Row. When completed, Mulberry Row will bring to life the stories of the scores of people—enslaved and free—who lived and worked on Jefferson’s 5,000 acre plantation. Finally, the gift will fund the upgrade of electrical and climate-control systems that are approaching the end of their lifecycle.

We are deeply grateful to David Rubenstein for this generous and transformative support. Mr. Rubenstein’s gift is a significant milestone in the history of the Foundation. As we look ahead to the Foundation’s centennial in 2023, we can finally say that the goal of fully revealing Thomas Jefferson’s world at Monticello is in sight. “Oh! The Joy!”