In spite of having little of their own time, enslaved African American families at Monticello cultivated a rich horticultural tradition. Through the maintenance of their own garden plots, the enslaved community seized a rare moment of independence to create something for themselves in a world that sought to deny them everything.

Bagwell and Minerva Granger, enslaved by Thomas Jefferson, spent much of their lives on the Lego and Tufton farms of the Monticello plantation. As field laborers, they tended to Jefferson’s cash crops of wheat and tobacco. The Grangers’ roles are reflected in an inventory of tools Jefferson maintained for the Lego farm, which lists Minerva Granger as having three different hoes and Bagwell Granger having an axe and wedges. While the Grangers used these tools for daily labor in Jefferson’s fields, they also used them for the maintenance of their own garden. We can imagine the Grangers returning to their one-room cabin with earthen floors and a wooden chimney, similar to the recently reconstructed home of John and Priscilla Hemmings on Mulberry Row, after a long day’s work, and tending to the needs their nine children. The presence of root cellars or sub-floor pits as indicated by archaeological evidence tells us where personal treasures or vegetables were stored in slave cabins at Monticello. 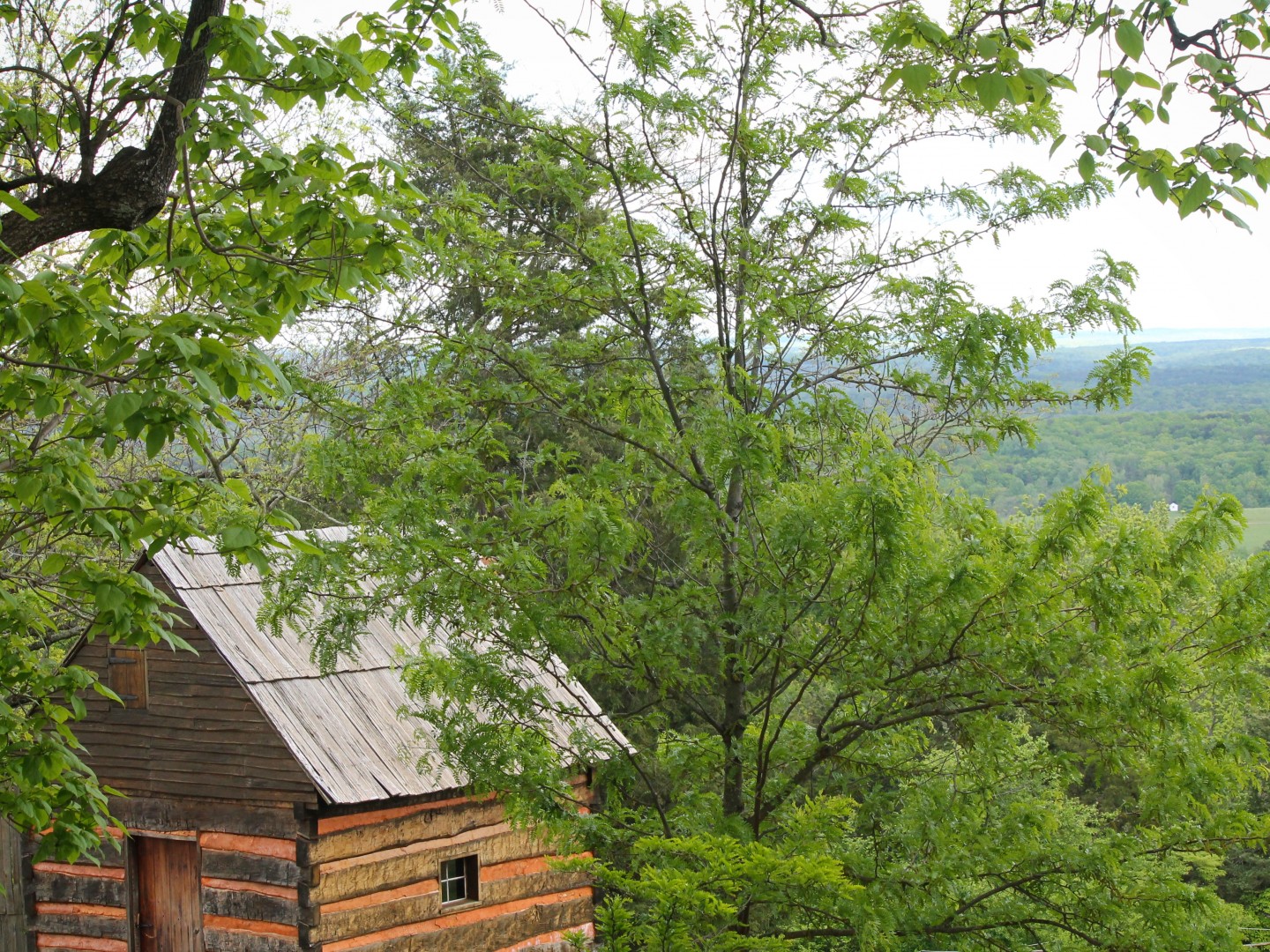 The Grangers’ precious evening hours were likely spent working in their vegetable garden. At dusk, they may have lighted animal fat kept in pots and pans to continue their work into the dark of night. On Sundays, the Grangers may have traveled to the mountaintop to sell their produce to Jefferson’s free daughter and granddaughters, or perhaps to the market in Charlottesville . In these interactions with the people who considered them property, the Grangers seized a rare moment of independence as they negotiated prices for cucumbers, melons and squash. The money earned could be used to acquire more seeds for planting, or perhaps for household items to enhance their material conditions. Rarely, though, was there enough money to purchase what the Grangers or other enslaved families desired the most: freedom and protection for their family. 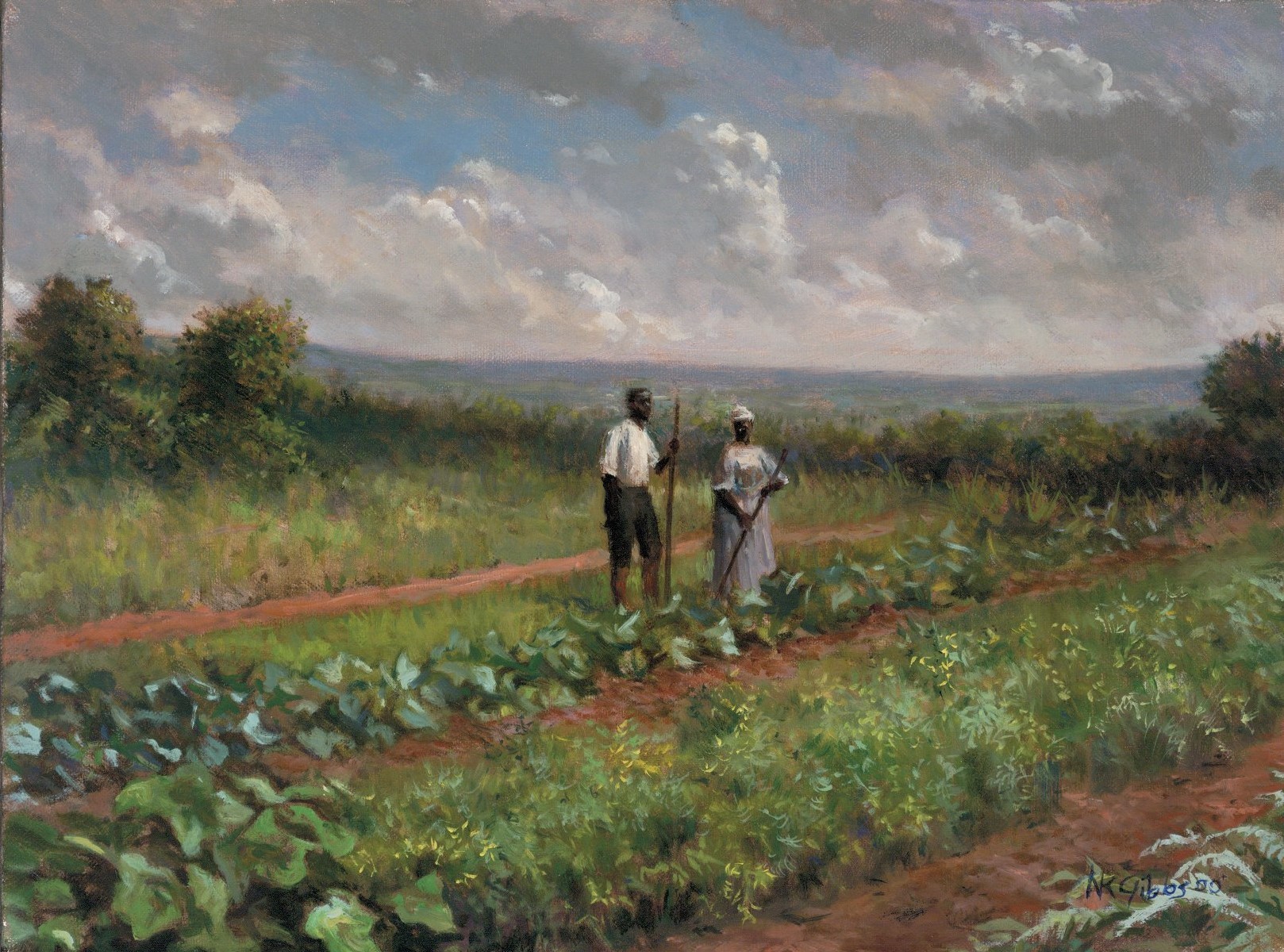 Enslaved African Americans were involved in every aspect of planting and gardening at Monticello, both for themselves and for Thomas Jefferson. Jefferson experimented with the production of over 300 varieties of vegetables, and his 1,000-foot-long garden on the southern slope of Monticello was his horticultural laboratory. To prevent damage from animals and possible theft, a 10-foot high paling fence surrounded Jefferson’s vegetable garden and south orchard, an ironic symbol as he and his family depended on the produce of the personal gardens maintained by enslaved laborers to supplement the main house’s dining room table. Between 1769 and 1826, hundreds of transactions occurred between Jefferson’s free family and enslaved African Americans. Bagwell and Minerva Granger are just some of over forty individuals who sold 22 species of fruits and vegetables to the Jefferson family, as recorded in Jefferson’s Memorandum Books. 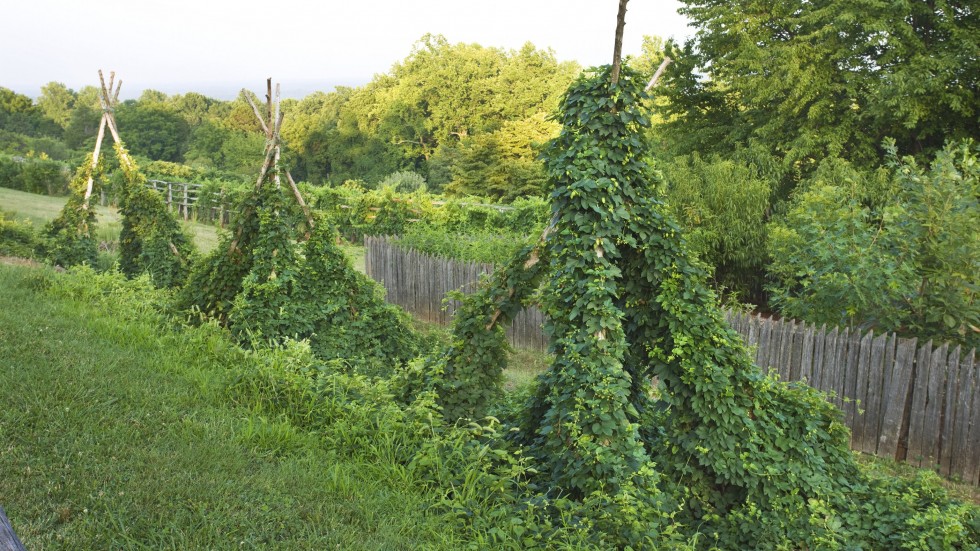 Bagwell Granger even planted a large hop garden to support Jefferson’s beer brewing operations. In 1818, Jefferson paid Granger $20, a significant sum for the time, for over sixty pounds of hops. The Grangers also sold hay and timothy seed to Jefferson, suggesting their cultivation of a grass plot. But just as with every other aspect of their daily lives, Jefferson intervened in the gardens of enslaved people. He prohibited their individual production of tobacco, saying that it would be impossible to draw a line “between what is theirs and what is mine,” perhaps recognizing the horticultural talents of people he erroneously wrote were "inferior to whites in the endowments of both body and mind." Jefferson viewed enslaved African Americans as vulnerable children incapable of taking care of themselves, in spite of the fact that he daily witnessed their support of every aspect of his lifestyle. They built his house, cared for his children, cooked his meals, and grew his food, all while creating lives for themselves under the extraordinary circumstances of slavery.

Jefferson’s documents have very little evidence of where enslaved workers’ gardens were located. For instance, Jefferson identified an area of the fields at Tufton as “Abram’s Garden” on a survey of the fields at Tufton and referred to it as "Abr.'s (Ned's) garden" in a set of survey notes from 1796. From other documents, we know that Abram, or Abraham, was a slave who worked as a carpenter at Monticello. But we do not know whether this was Abraham's own garden, to cultivate in his personal time, or a garden to provide vegetables to the enslaved workers at Tufton, where he worked during the week.

Archaeological excavations on the plantation also provide some clues of where enslaved workers tended garden plots. Monticello archaeologists found a possible garden area during excavations in the 1990s at the Elizabeth Hemings home site near the third roundabout. A group of stone cobbles lies less than 75 feet from the cabin’s hearth, near a well-drained and relatively flat area of ground. The cobbles are natural local stone but were moved intentionally. Archaeologists theorize that the cobbles were moved out of the level area so that it could be used as a garden and then piled to the side near a fence or boundary. 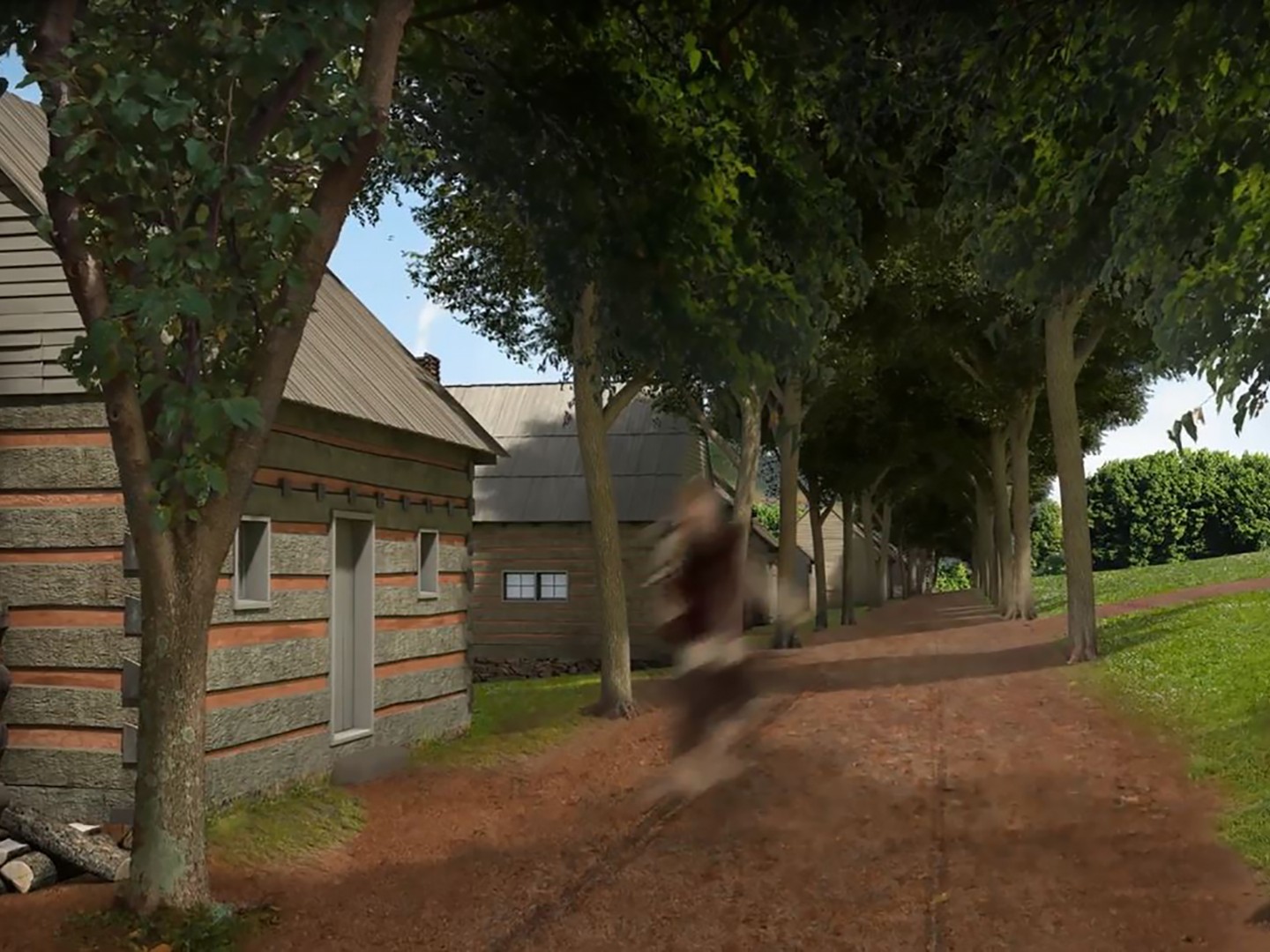 Mulberry Row hummed with activity as enslaved people labored sun up to sun down, six days a week

Based upon Jefferson family accounts, we know more about the varieties of vegetables produced by the enslaved community. Minerva Granger may have learned from her father, Squire, to care for a garden. Squire, whose last name is not known, sold cymlins, lettuce, beets, potatoes, watermelons, apples, and cucumbers to Jefferson’s family. The knowledge of gardening was passed down through families like the Grangers, cultivating a rich tradition of African American horticulture.

African American contributions to foodways in the United States can still be seen and tasted in the 21st century. At Monticello, enslaved families grew fruits and vegetables that were African in origin. Their influence was seen in Jefferson’s gardens, where Wormley Hughes and other enslaved laborers tended to okra, watermelon, gherkins, and sesame. In the kitchen at Monticello, James Hemings and Edith Fossett, enslaved chefs, contributed to developing an “American” cuisine, incorporating their knowledge of African, European, and Native American traditions. 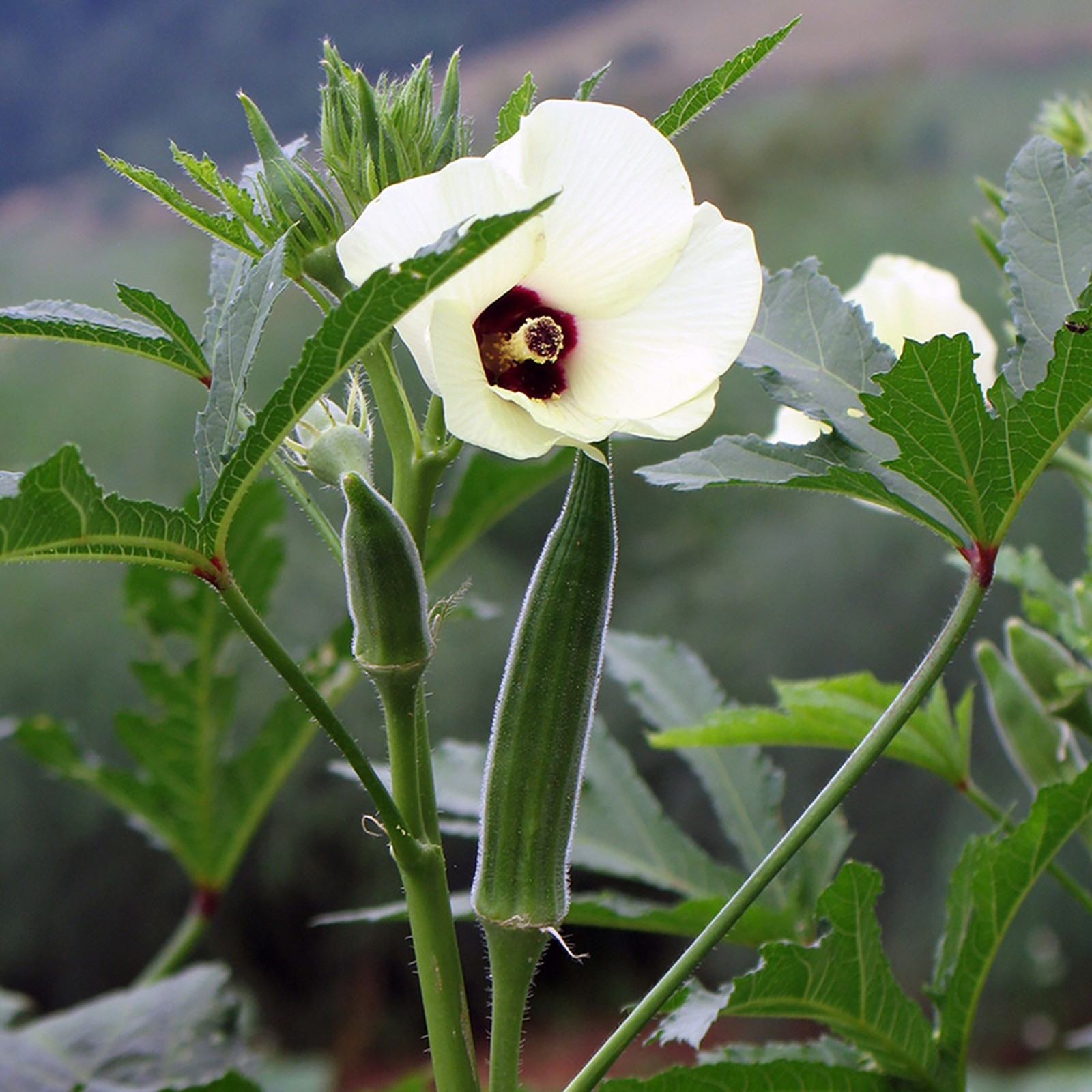 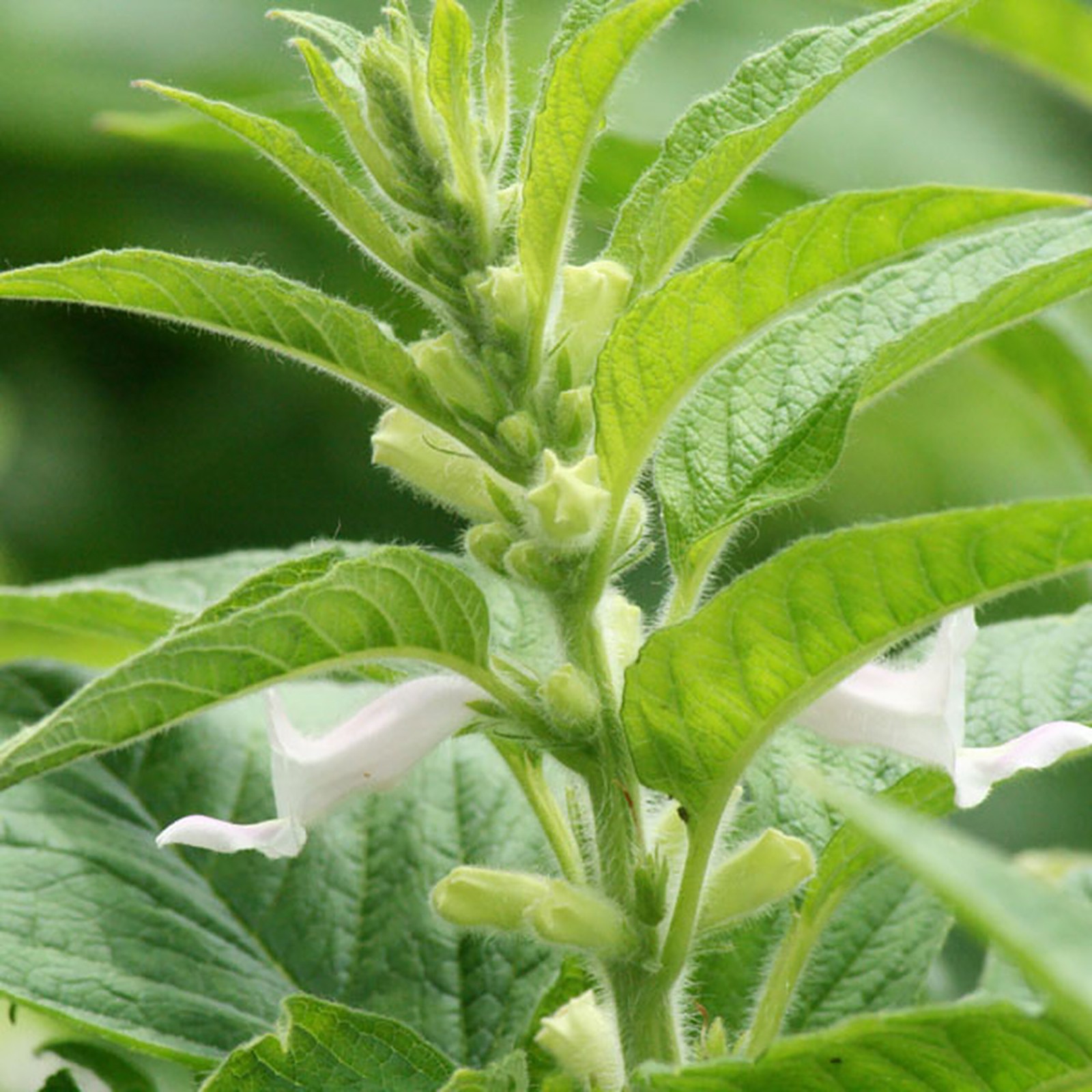 The harsh conditions of slavery that were forced upon men, women, and children limited their mobility and activity. At Monticello, enslaved people were expected to labor sun up to sun down, six days a week, sometimes under the supervision of violent overseers. Only Sundays and evenings were reserved as enslaved families’ own time. The meager weekly rations Jefferson meted out to each adult consisting of a half-pound of salted pork and ten pounds of cornmeal, which enslaved people had produced themselves, were not enough to feed a family. This made gardens ever more vital to the health and survival of Monticello’s slave population. While these gardens added necessary elements to an enslaved family’s diet, they also afforded them one of the very few opportunities to make money. Perhaps most importantly, gardening afforded men and women ownership over a small aspect of their lives. They were also symbols of resistance, something that enslaved people carved out of the land for themselves in a world that sought to deny them everything.