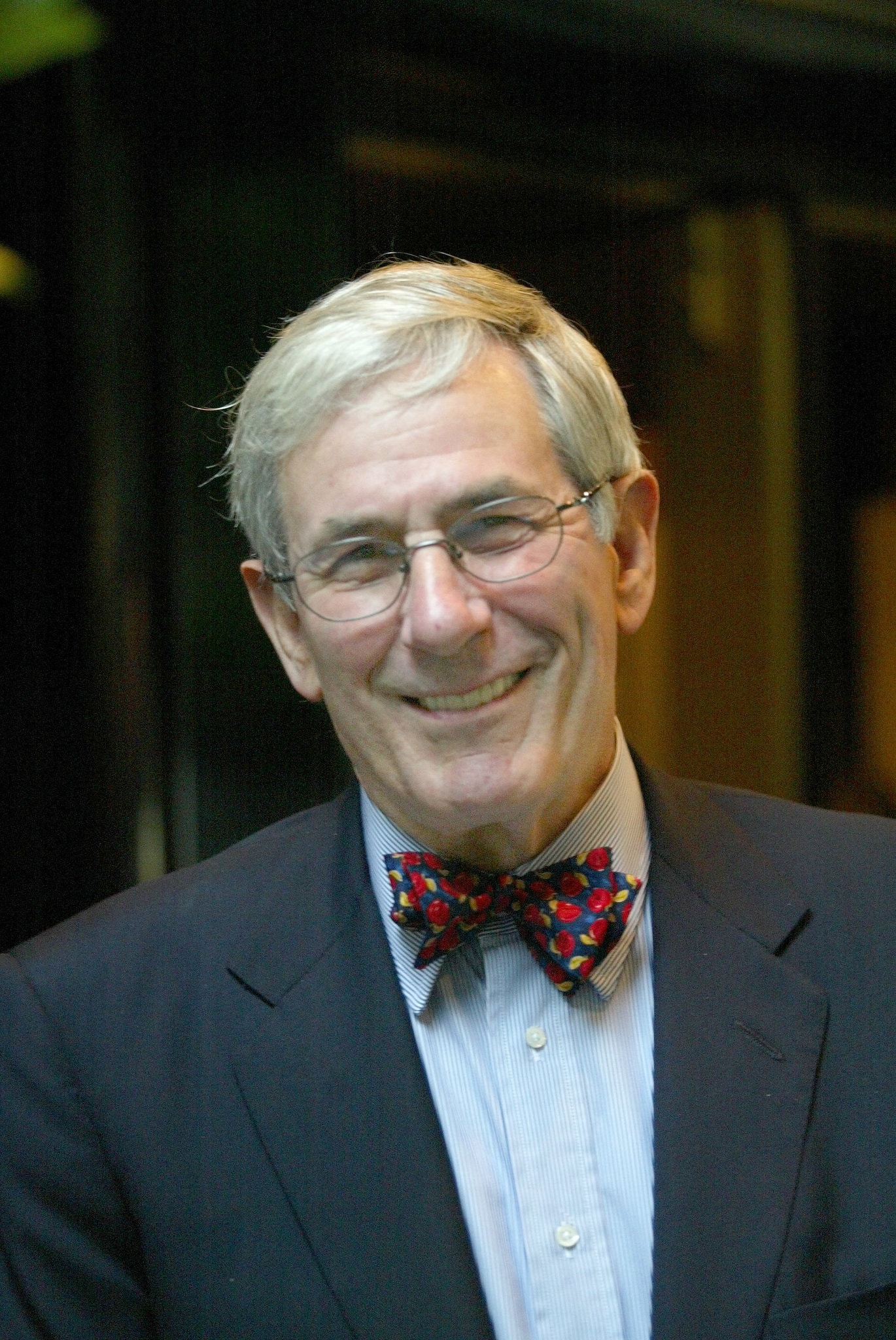 Monticello has lost a magnificent friend, longtime Trustee (1994-2008), Honorary Trustee (2009-2020), and Summit member, Richard Gilder.  He passed away on May 12, 2020, at his Charlottesville home, where he had recently moved with the wife he adored, actress Lois Chiles. Dick was a person of incredible vitality, keen intellect, optimism, public spirit, and remarkable generosity.  He made an indelible mark in many places, Monticello among them.

An ardent New Yorker (and Yankees fan), Dick was born and raised there.  Like Jefferson, he was devoted to his native place and to his friendships. Dick’s energy, involvement, and gifts revitalized Central Park, the American Museum of Natural History, and the New-York Historical Society.  To celebrate his contributions where all three intersect, the southwest corner of West 77th Street and Central Park was named Richard Gilder Way in 2010. A founder of the Gilder Lehrman Institute of American History (1994) and Yale University’s Gilder Lehrman Center for the Study of Slavery, Resistance, and Abolition (1998), Dick devoted much of his energy to the study and teaching of American history.  He taught history to high school students in Queens and made significant gifts to Yale and institutions from Isleboro, Maine to New Orleans.

Dick’s passionate interest in American history brought him to the Monticello mountaintop for the landmark commemoration of Jefferson’s 250th birthday in 1993.  He and his friend Lewis Lehrman loaned their just-acquired, terra-cotta patinated bust of Thomas Jefferson (1789) by renowned French sculptor Jean-Antoine Houdon to The Worlds of Thomas Jefferson at Monticello exhibition. Distinctive for its forward-looking, intellectual expression, it was Dick’s favorite portrait of Jefferson and is one of Monticello’s greatest treasures.  But for a brief interlude at the Morgan Library, it has been exhibited at Monticello since then, and was made a permanent gift from the Gilder Lehrman Institute in 2001. 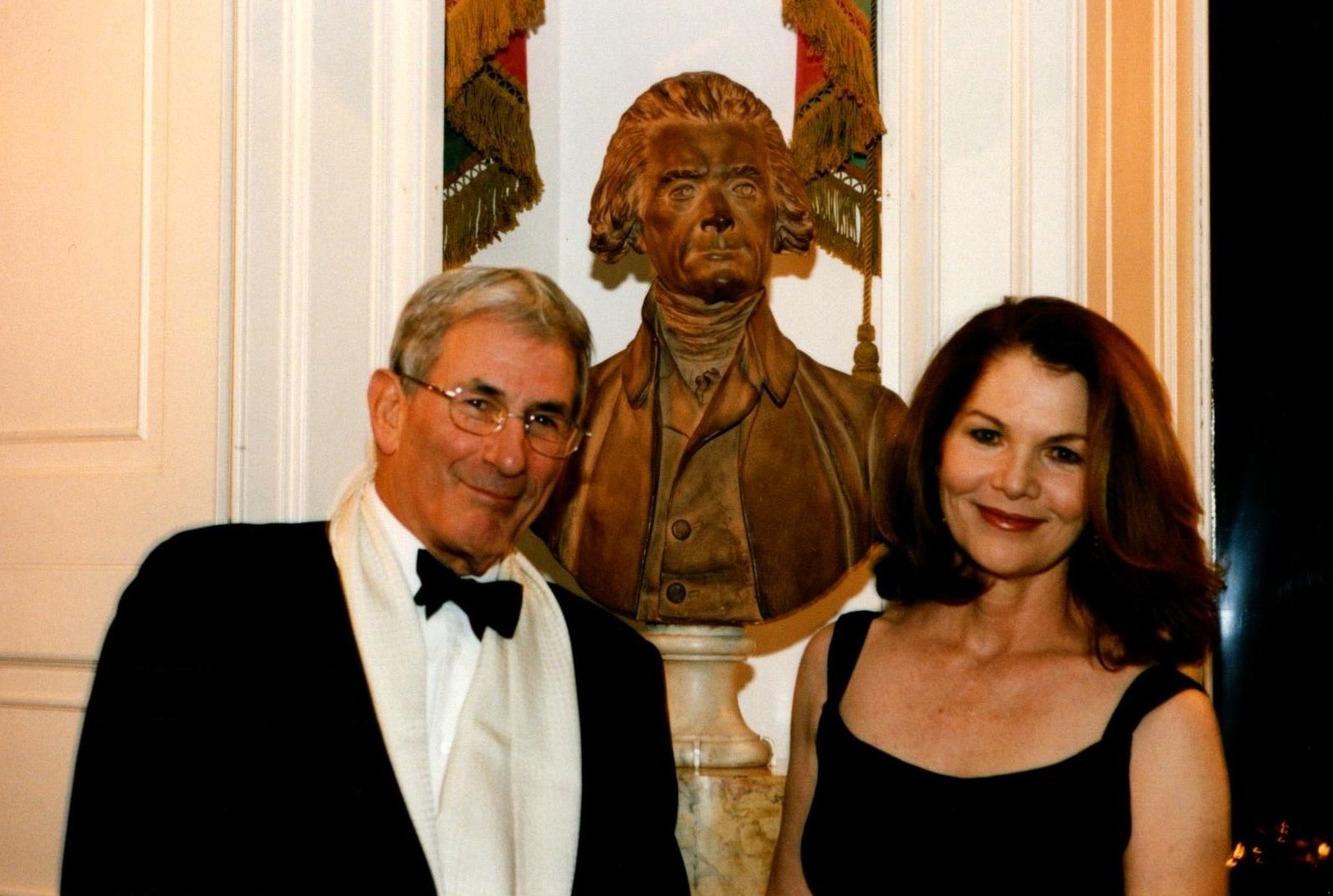 In 1994, Dick joined Monticello’s Board, where he was entirely engaged at every meeting, relishing discussion with fellow Trustees, especially David McCullough and Chair Lee Stuart Cochran. Dick sparked excitement; former TJF President Dan Jordan remembers that Dick “was always game for big ideas.”  He enthusiastically urged the Thomas Jefferson Foundation to edit and publish the Papers of Thomas Jefferson: Retirement Series that would greatly accelerate access to Jefferson’s papers; he recently supported an honor for his friend Dan, the endowment of the Daniel P. Jordan Editor of the Papers of Thomas Jefferson: Retirement Series, now held by J. Jefferson Looney.  Over the course of his 27-year involvement with Monticello, Dick supported the establishment of the Jefferson Library, the acquisition of Montalto to protect the precious views from Monticello, fellowships at the Robert H. Smith International Center for Jefferson Studies, three capital campaigns,  the Monticello Visitor Center (now the David M. Rubenstein Visitor Center), and the position of the Richard Gilder Senior Curator, held with gratitude  by Susan Stein.

Although he was inspired by Lincoln, Hamilton, and Jefferson, Dick championed the unblinkered study rather than veneration of the past.  He viewed the history of slavery at Monticello, including Sally Hemings, as an opportunity to present a full, honest version of American history and admired Monticello’s forthright interpretation of the past.  “If you want to understand the world, you must know something about the United States, to understand the United States, you must know something about Thomas Jefferson, and to understand Thomas Jefferson, you must experience Monticello,” he said.

Dick Gilder wanted to make the future better.  As much as history captured Dick’s imagination, he, like Jefferson, preferred “the dreams of the future better than the history of the past.”  He shared our vision, helped us achieve it, and brought joy and honor to us.  We will be grateful to him forever.  Remembering Jefferson’s epitaph for his friend Dabney Carr, we praise Dick’s “Virtue, Good sense, learning, and Friendship.” We offer our condolences to his dear wife and loved ones.