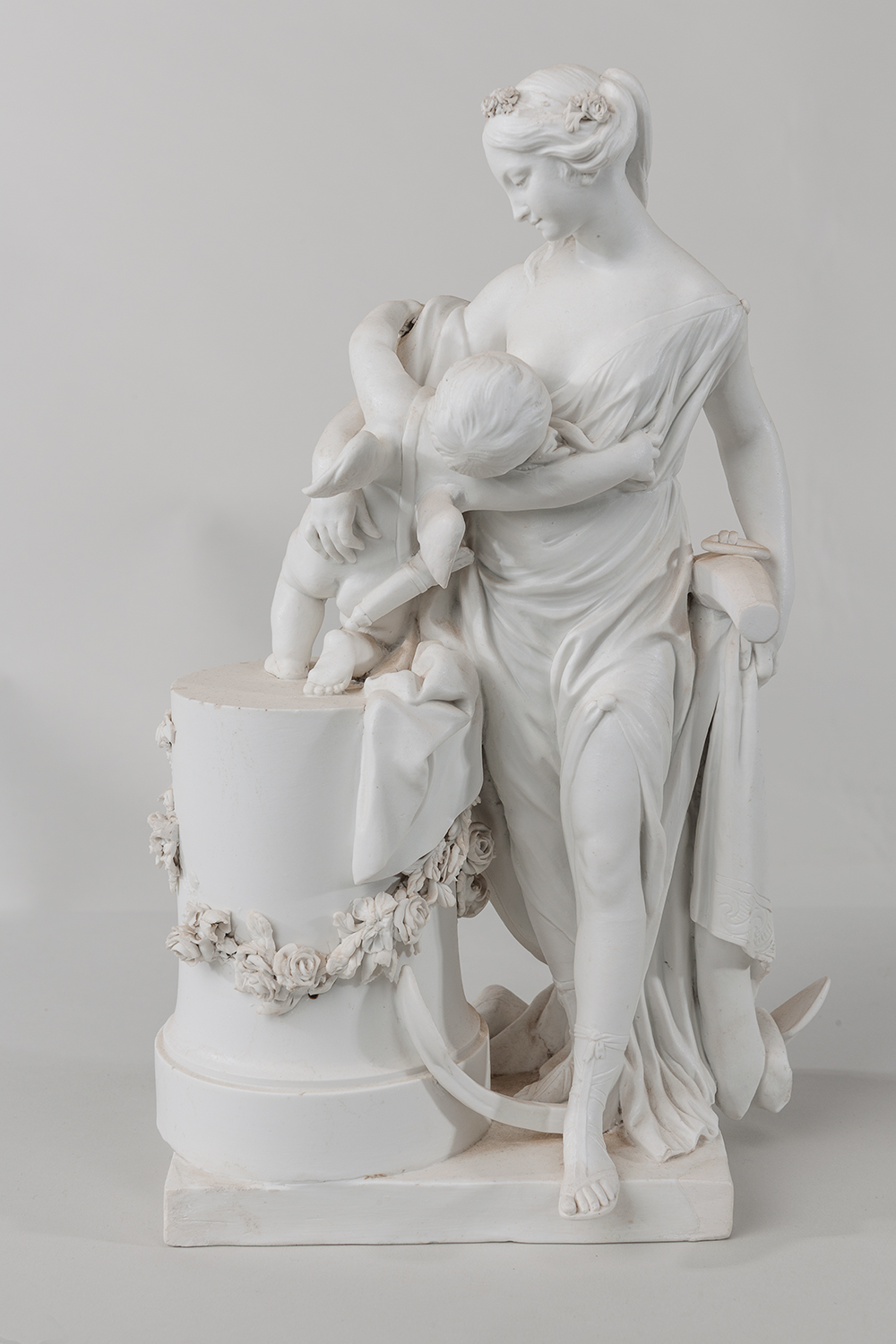 Historical Notes: Statuettes made of biscuit for the decoration of tables were much favored in the eighteenth century. The milky surface of unglazed soft paste porcelain lent itself well to fine modeling. The figures, which were mass produced in molds, ranged from mythological subjects — the most popular — to the seasons, portraits, playful children's games, and contemporary events. The renowned Sèvres porcelain factory, the Manufacture Royale de Porcelaine de France, made some of the best examples.

Jefferson acquired at least ten biscuit statuettes. Four — Minerva, Diana, Apollo, and Mars — were purchased for Abigail Adams from Bazin, a Paris merchant who sold tablewares, in late September 1785. Jefferson purchased more than six for himself, including a Hercules purchased from Bazin in 1784, which might have been the Farnese Hercules produced at Sèvres. Only Venus with Cupid and Hope with Cupid are known today.[1] Hope with Cupid was signed by Jossé-François-Joseph Le Riche, who had been one of two principal assistants to the director Étienne-Maurice Falconet at Sèvres and later became chef de sculpteurs there. After Falconet left Sèvres in 1766, his assistants, including Le Riche, carried on similar work, but in a more stylized manner.