In 1786, Thomas Jefferson took a serious fall in Paris, dislocating and possibly breaking his right wrist. The injury healed slowly, and though he regained use, stiffness and pain in his joint troubled him as he aged. Years later, retired to Monticello and searching for comfort, Jefferson got a pair of dumbbells, a leather support strap, and a small cushion for the arm of a chair. We believe he supported his wrist on the cushion, wrapped the leather strap around it, and grasped the lead dumbbells to stretch and strengthen the tendons. Unfortunately, Jefferson needed his rehabilitation kit again in 1822, when he injured his other wrist after a fall from the stairs of one of Monticello’s terraces. Despite Jefferson’s advanced age, the second injury healed quicker and was less debilitating than the first. 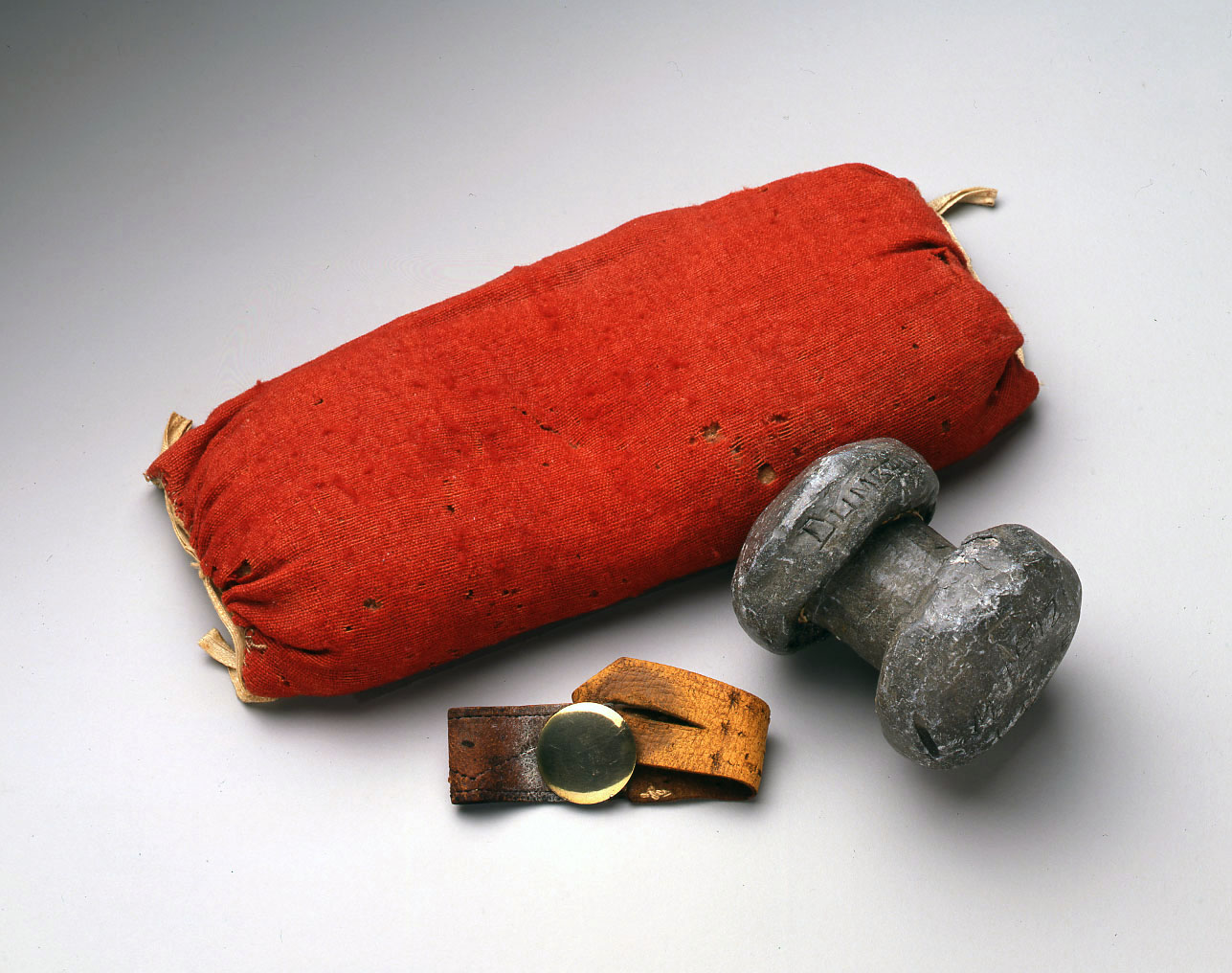 Each of the small lead dumbbells weighs a little more than 4 pounds. Both have Jefferson’s name marked on the end. One of the pair is also labeled “dumbell” and has “1812 Monticello VA” scratched on its other end. We believe the dumbbells were made at Monticello, where enslaved blacksmiths like Joseph Fossett had easy access to lead. Current thinking on these objects, which are small, rough, and easily mistaken for junk, is that the inscriptions may have been added later, to identify the dumbbells and preserve their history.1 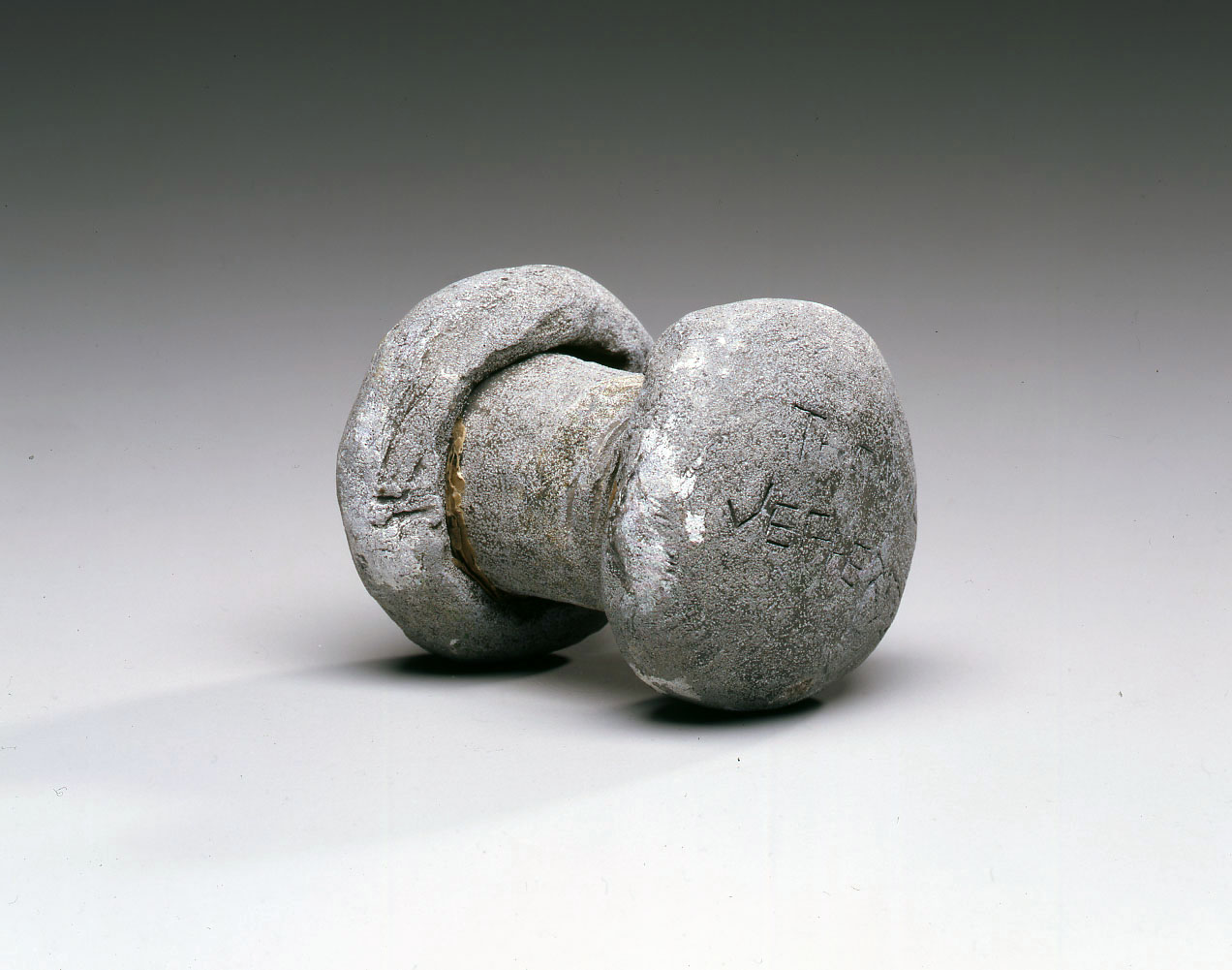 One of the dumbbells has been on loan to Monticello since 1993, and the owner has recently decided to give it to us. With this generous gift, the Foundation now owns the full set of Jefferson’s physical therapy gear: the two dumbbells, the leather support strap for his wrist, and the small cushion. The dumbbells, personal items passed down through generations of Jefferson descendants, have been conserved and are on display in the Cabinet