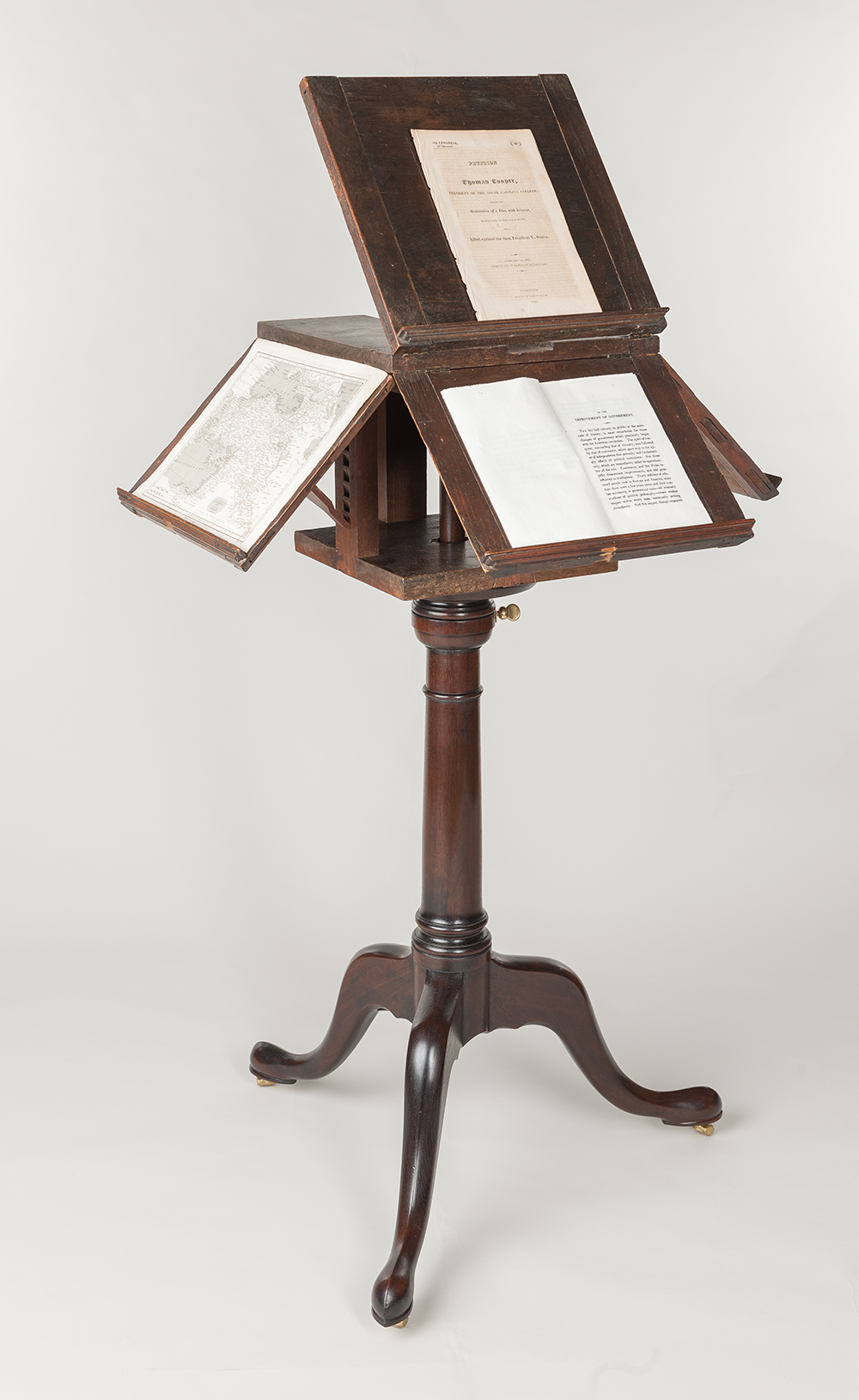 Historical Notes: This revolving stand, once thought to be a music stand, was probably made to Jefferson's design and specifications in the Joiner's Shop on Mulberry Row. As many as five books or letters could be placed on it at a time. Jefferson may have conveniently placed it next to his chair in his reading-and-writing arrangement in the Cabinet. It is one of three known "revolving" works made in the joinery; the other two are tables.

Constructed of solid walnut, the cube-shaped stand has five adjustable rests for holding books or letters; it has one rest on the top and one on each of the four sides. The rests can be folded down to form a cube. A central pole enables the bookstand to rotate at the bottom. A hole in the bottom suggests the possibility that the bookstand originally was supported by a tripod base.1