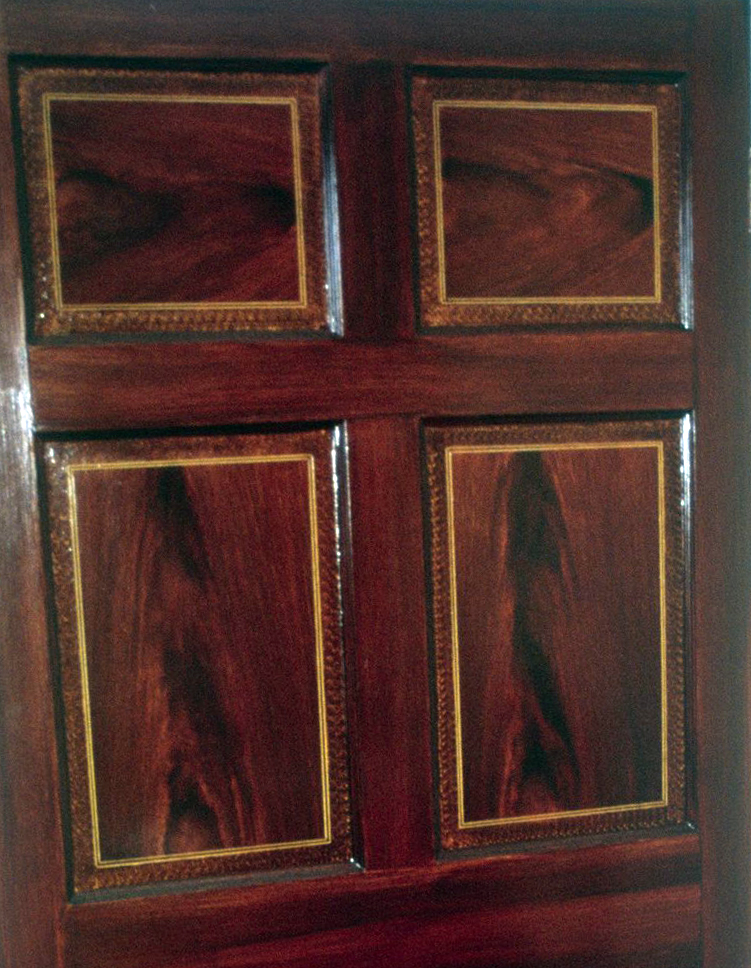 An example of a door painted with faux "graining" in the style originally employed at Monticello by Richard Barry.

Richard Barry, painter and glazier, had been recommended to Thomas Jefferson by Peter Lenox. Considered by Jefferson to be “a most capital hand,” he was at Monticello intermittently from 1805 to 1808, painting the house, graining its interior doors, cutting glass for circular windows, and glazing sashes.

In the intervals when he was not at Monticello, Barry worked at the President’s House and the Capitol.