The Favorite Passion of My Soul

Jefferson and Music at Monticello

While Alexander Hamilton has recently been in the spotlight as the subject of the hit musical Hamilton, Thomas Jefferson was actually one of the most musical of the Founding Fathers. In fact, the Musicology for Everyone blog ranks Jefferson as the second-most-musical president, behind only Warren G. Harding, who played in the band that celebrated his 1920 nomination and claimed, "I played every instrument but the slide trombone and the E-flat cornet.” 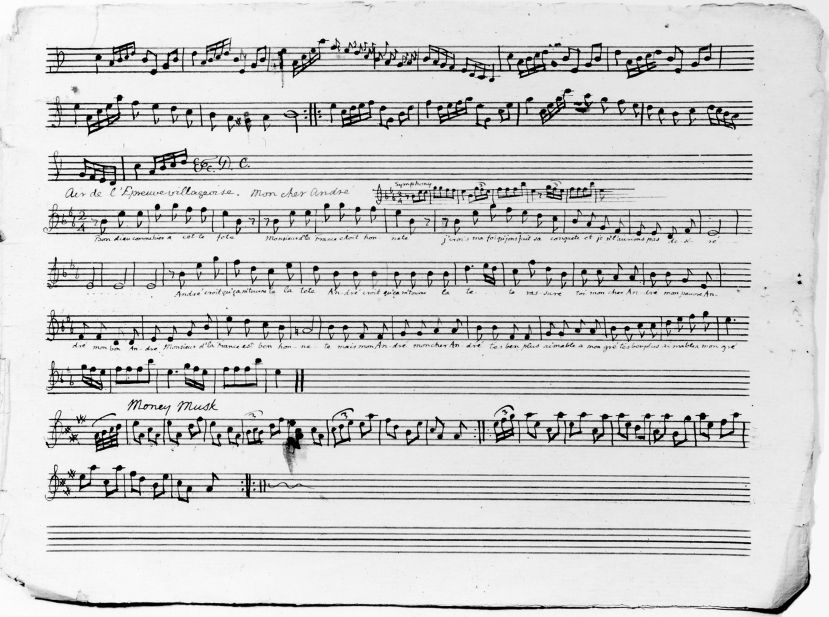 Sheet music with notation for two songs in
Jefferson's hand.

While Harding might have him beat on the number of instruments he played, Jefferson was no slouch. He played the violin throughout his life. Music was important enough to Jefferson that he devoted thousands of hours to the study of the violin, shared a love of music with his wife, daughters and granddaughters, wrote letters concerning musical improvement in the United States, attended musical performances wherever he traveled in America and Europe, and collected a significant quantity of musical works.

In a 1778 letter to Giovanni Fabbroni, an Italian naturalist and economist, Jefferson called music the “favorite passion of my soul.” This is a powerful statement given the vast scope of Jefferson’s interests. In the same letter, he expresses concerns about the tradition of classical music in the New World, feeling that it had descended into a “state of deplorable barbarism.”

Despite Jefferson’s gloomy assessment, music-making was part of everyday life in 18th-century Virginia for all levels of society, free or enslaved. There were regular performances in public venues, but music was also an integral part of entertainment in private houses, of which Monticello is a prominent example. Visitors to Monticello would witness or participate in solo or ensemble musical pursuits, vocal as well as instrumental.

As a young law student in Williamsburg, Jefferson had the opportunity to perform frequently, playing violin in weekly concerts at the Governor’s Palace. During this time, he met Francis Alberti, who “came over with a troop of players and afterwards taught music in Williamsburg. Subsequently, I got him to come up here [Monticello] and took lessons for several years.” In addition to teaching music to Jefferson and his family, Alberti is said to have taught dancing to other nearby residents, including James Madison.

According to Jefferson, there were “at least a dozen years” of his life during which he “played no less than three hours a day.” He acquired several violins, including a small “pocket viol” purchased in Paris in 1786 that he took on his travels. Unfortunately, the whereabouts of Jefferson’s violins remain a mystery.

Some biographers claim that he was “one of the best violinists of his day,” and achieved a “serious mastery of the violin.” Accounts from relatives vary, with one declaring that he never accomplished much more than a “gentlemanly proficiency.” In 1853, however, his granddaughter Ellen Wayles Coolidge said that he had “great natural dispositions” for music.

Jefferson collected and cataloged works including concertos, sonatas, operas and duets from Corelli, Vivaldi, Handel, Pugnani, Boccherini and other composers. Although not himself a performer on keyboard instruments, he had a lifelong interest in their use and development. 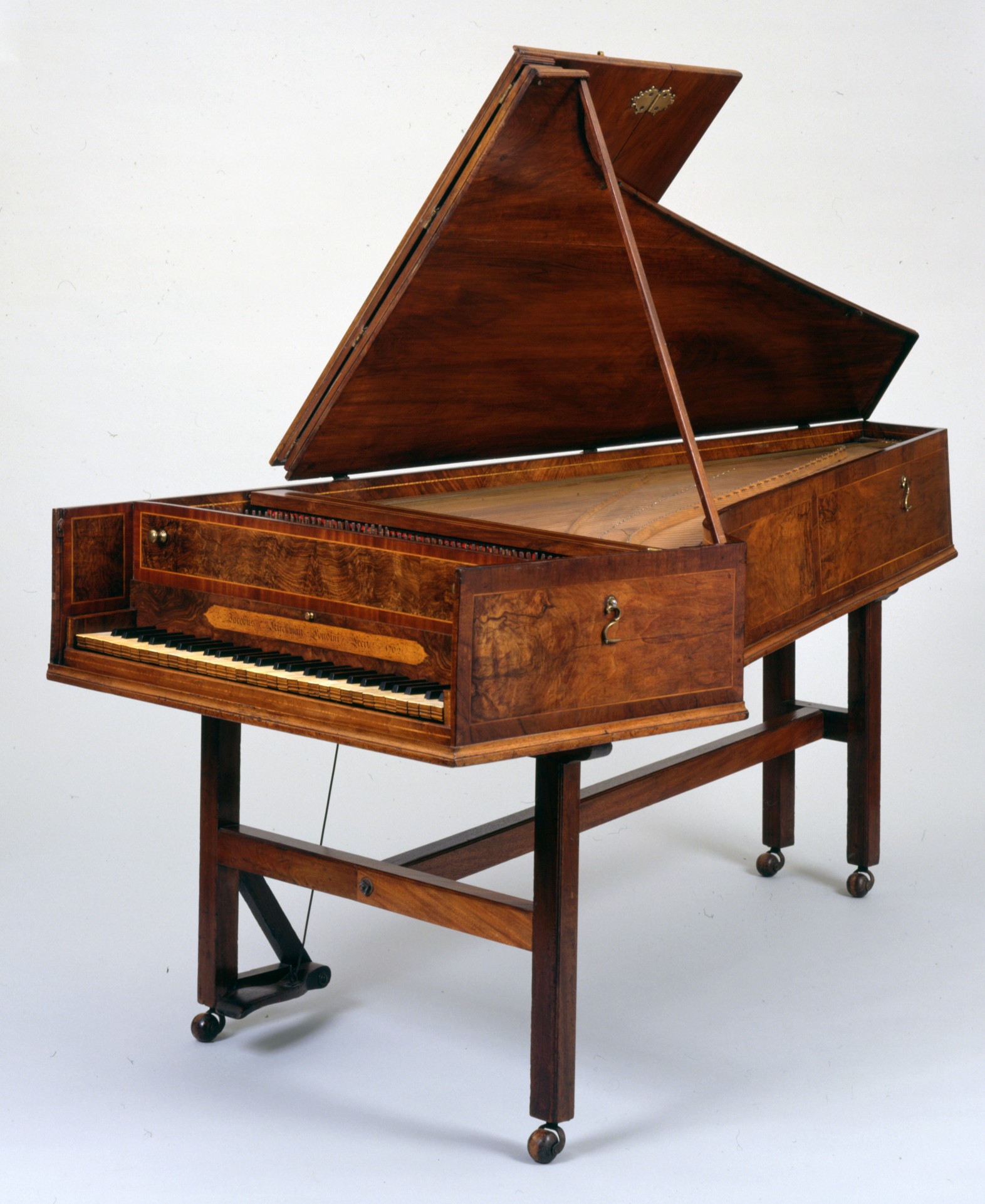 His purchase of harpsichords and pianos was prompted by his desire for the amusement of his family and musical education of his daughters. Jefferson’s interest went beyond mere ownership, however, and he kept himself informed of the latest improvements in musical instruments, much as he did with the improvements in scientific and mechanical instruments.

His first recorded purchase of a keyboard instrument was in 1771. He had initially ordered a clavichord to be made in Hamburg, but he saw a fortepiano, was “charmed with it,” and changed his order to a piano “worthy [of] the acceptance of a lady for whom I intend it.” The lady was Martha Wayles Skelton, who became his wife in 1772.

Also among Jefferson’s personal effects was an Aeolian harp, a stringed box-like instrument that relied on the natural breezes to make irregular and, at times, sublime music that echoed throughout the house. 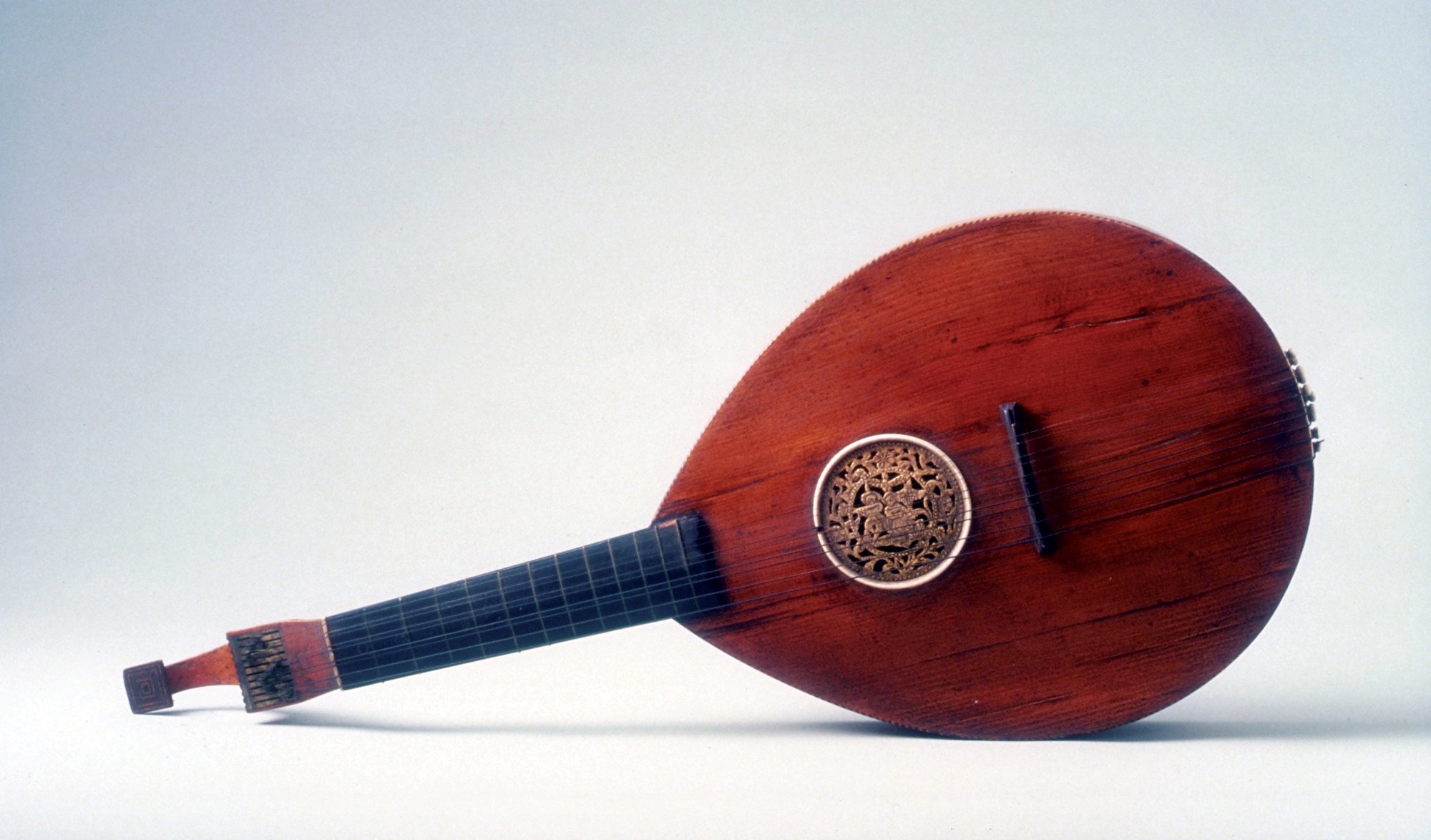 The cittern — or English guitar — was a popular drawing-room instrument in the second half of the 18th century. It was not, however, a specifically English product. The guitars were also made in other countries and were especially popular in France and Virginia. When his youngest daughter, Maria, joined him in Paris in 1787, Jefferson purchased a guitar for her. The maple and pine cittern pictured here was later acquired by Jefferson in Virginia in 1816 and given to another granddaughter, Virginia Jefferson Randolph Trist. “I had for a long time a great desire to have a guitar… One morning, on going down to breakfast, I saw the guitar,” wrote Trist. “… grandpapa told me that if I would promise to learn to play on it I should have it. I never shall forget my ecstasies. I was but fourteen years old, and the first wish of my heart was unexpectedly gratified.” 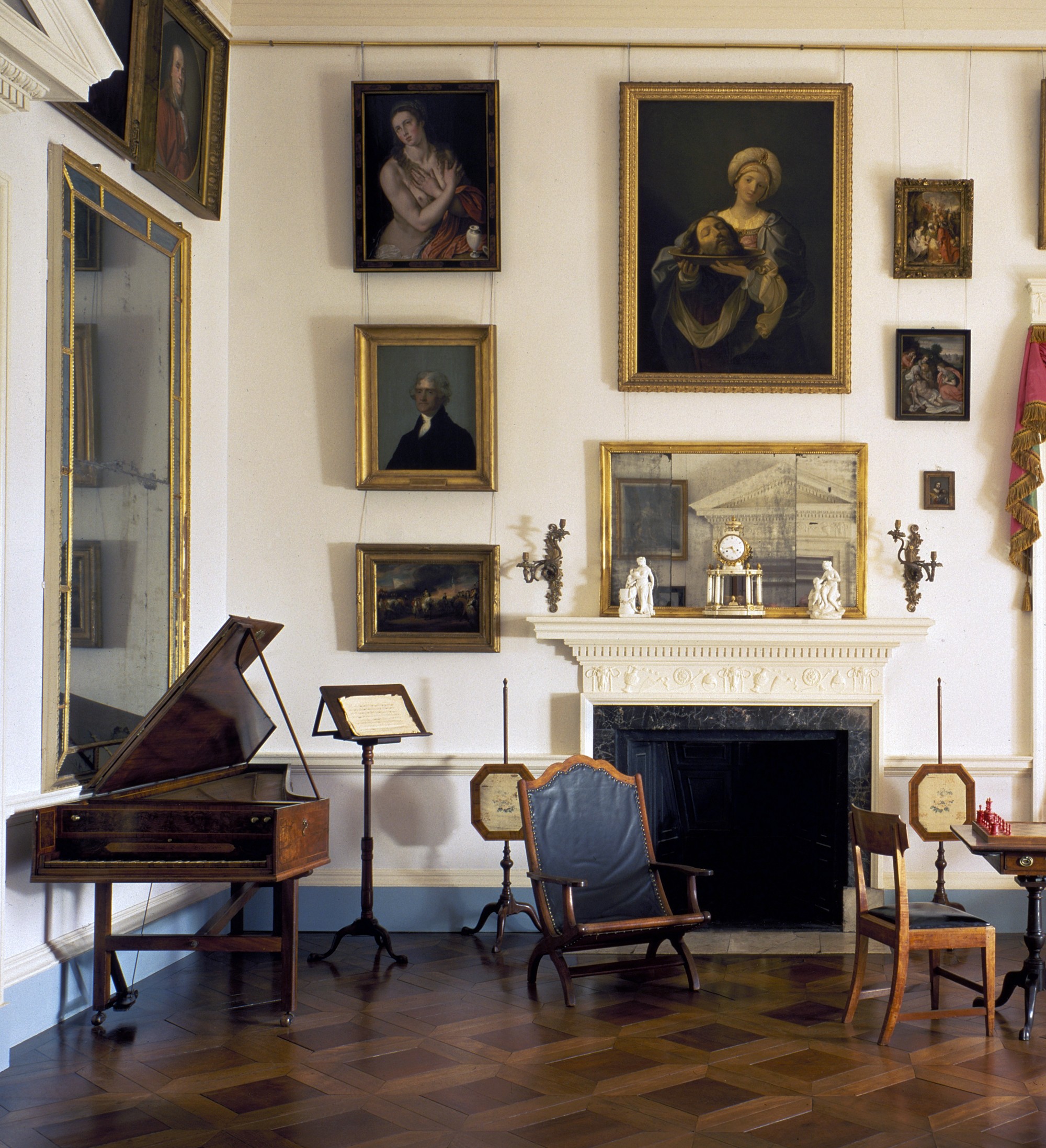 In 1786, Jefferson purchased a harpsichord crafted by the celebrated London maker Jacob Kirckman, with instructions “to make for me one of his best harpsichords with a double set of keys, and the machine on the top resembling a Venetian blind for giving a swell.” A gift for his older daughter, Martha, the instrument was placed in the Parlor beneath the pier mirror. A second harpsichord was ordered for younger daughter Maria in 1798.

Jefferson encouraged his daughters and granddaughters to practice for three hours per day, and reminded Martha, “Do not neglect your music. It will be a companion which will sweeten many hours of life to you.”

By 1825, Martha’s once-prized harpsichord was in terrible condition, and one granddaughter stated that it was “an old instrument too fargone even to learn on.” Her harpsichord was left at Monticello after Jefferson’s death, and reportedly was made into furniture. Although thousands of Kirckman harpsichords were made, the one currently exhibited in the Parlor is one of only about 110 known to exist today.

On April 16, 1807, Thomas Jefferson recorded in his Weather Memorandum Book that a tulip poplar tree had been planted just outside the window of his Private Suite. The tree would grow and flourish for more than two centuries. In 2008, the ailing tree was removed to eliminate the possibility of it damaging the house. Another venerable poplar was felled four years later for the same reason.

Since then, the wood from these two trees has been distributed to regional craftsmen for a variety of projects. One project that’s particularly exciting is Monticello’s partnership with Huss & Dalton Guitar Company, which pecializes in making guitars inspired by traditional American history.

Re-purposing some of Monticello’s oldest trees into guitars unites two of Jefferson’s passions: a love of music and of trees. 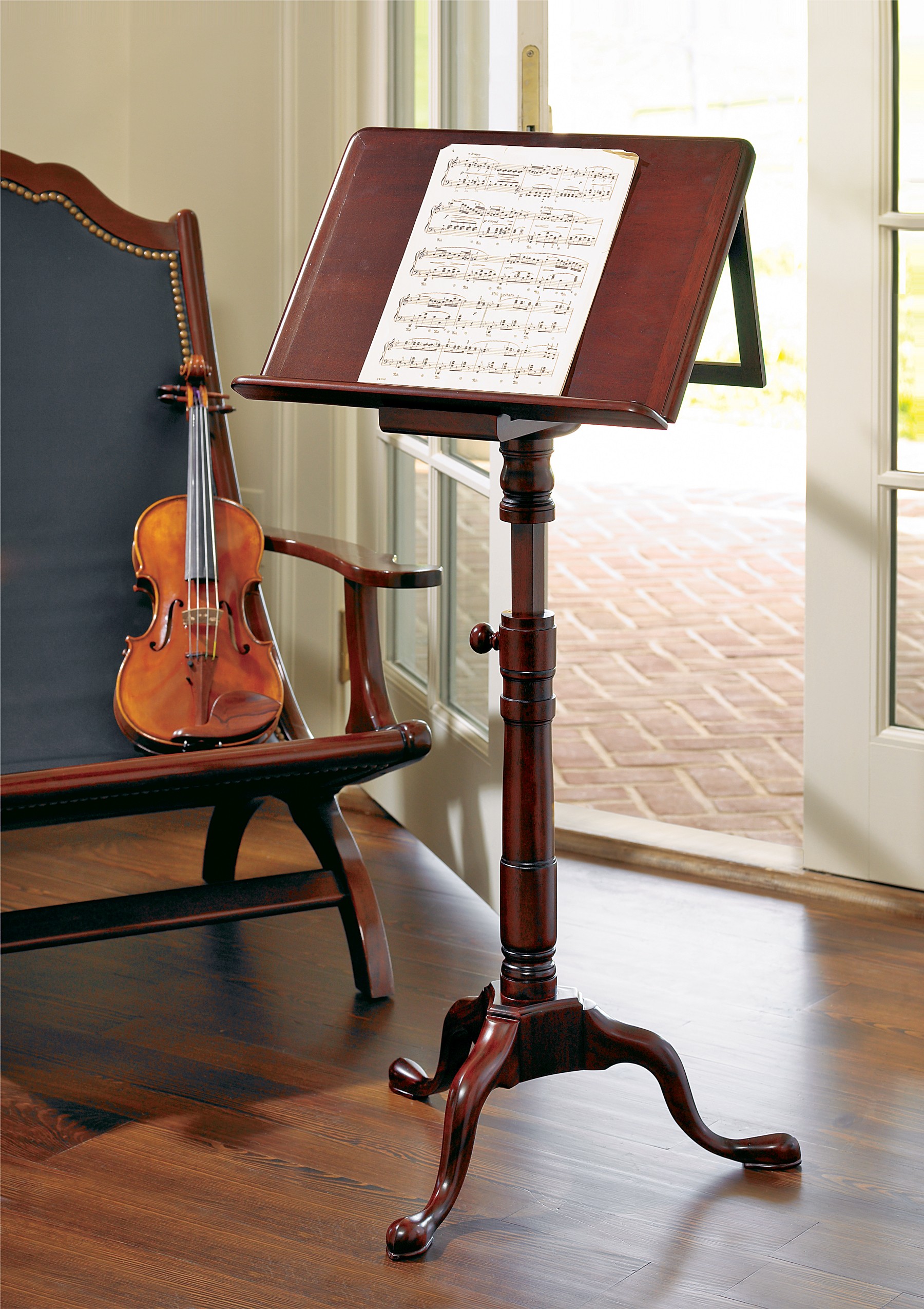 IF MUSIC BE THE FOOD OF LOVE

Music played an important role throughout Thomas Jefferson’s life, from the time he began taking violin lessons as a young boy and continuing into his old age. It was particularly significant in his courtship of Martha Skelton.

In his 1858 biography, Henry S. Randall provides an account of how Jefferson’s musical ability dispelled the hopes of other suitors:

“Two of Mr. Jefferson’s rivals happened to meet on Mrs. Skelton’s door-stone. They were shown into a room from which they heard her harpsichord and voice, accompanied by Mr. Jefferson’s violin and voice,in the passages of a touching song. They listened for a stanza or two. Whether something in the words, or in the tones of the singers appeared suggestive to them, tradition does not say, but it does aver that they took their hats and retired, to return no more on the same errand!” 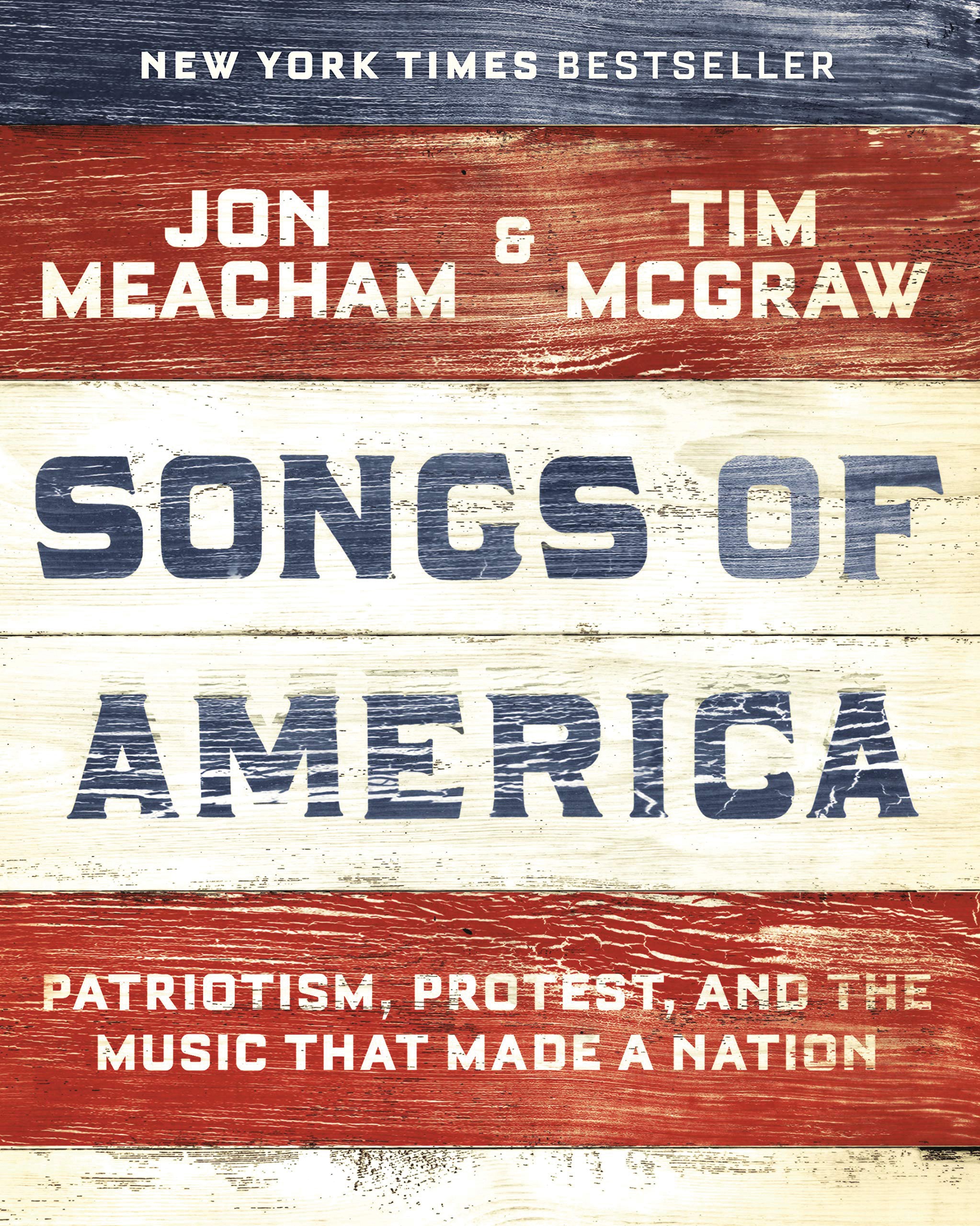 Pulitzer Prize-winning historian Jon Meacham’s latest book was hatched on the porch of his Nashville home when country music star Tim McGraw suggested that they join forces to tell the story of the country through its music, Songs of America: Patriotism, Protest, and the Music That Made a Nation explores the soundtrack ofAmerican history from Colonial days to modern times. "The whole panoply of America can be traced — and, more important, heard and felt — in the songs that echo through our public squares," writes Meacham, the current chair of the Thomas Jefferson Foundation Board of Trustees.

While the partnership between historian and performer might seem unlikely, the duo’s backgrounds proved ideal complements for their musical tour of history. "We were both enchanted by the fact that interwoven into the fabric of our national story were songwriters and performers creating lyrics and melodies at times of great challenge. From forming the country itself to overcoming the economic hardships of the Great Depression to fighting for rights, civil and otherwise, songs have told us much, and still do," McGraw writes.

Like Jefferson, Meacham recognizes music’s fundamental role in both individual and public life. "The paramount role of music in life and in the lives of nations has the deepest roots," writes Meacham. "Plato and Aristotle wrote of its centrality to the formation of noble human souls and of civil society."

This is a notion that Jefferson understood and sought to develop throughout his lifelong devotion to music. "To
Jefferson himself, the author of our founding prose hymn, music offered a window into human nature."

Songs of America tells the stories of music that has given voice to both celebration and protest throughout our nation’s often tumultuous history. "In a dissonant world, every moment of harmony counts — and if we share music, we might just shout in anger a little less and sing in unity a bit more," Meacham writes. "Or so we can hope."