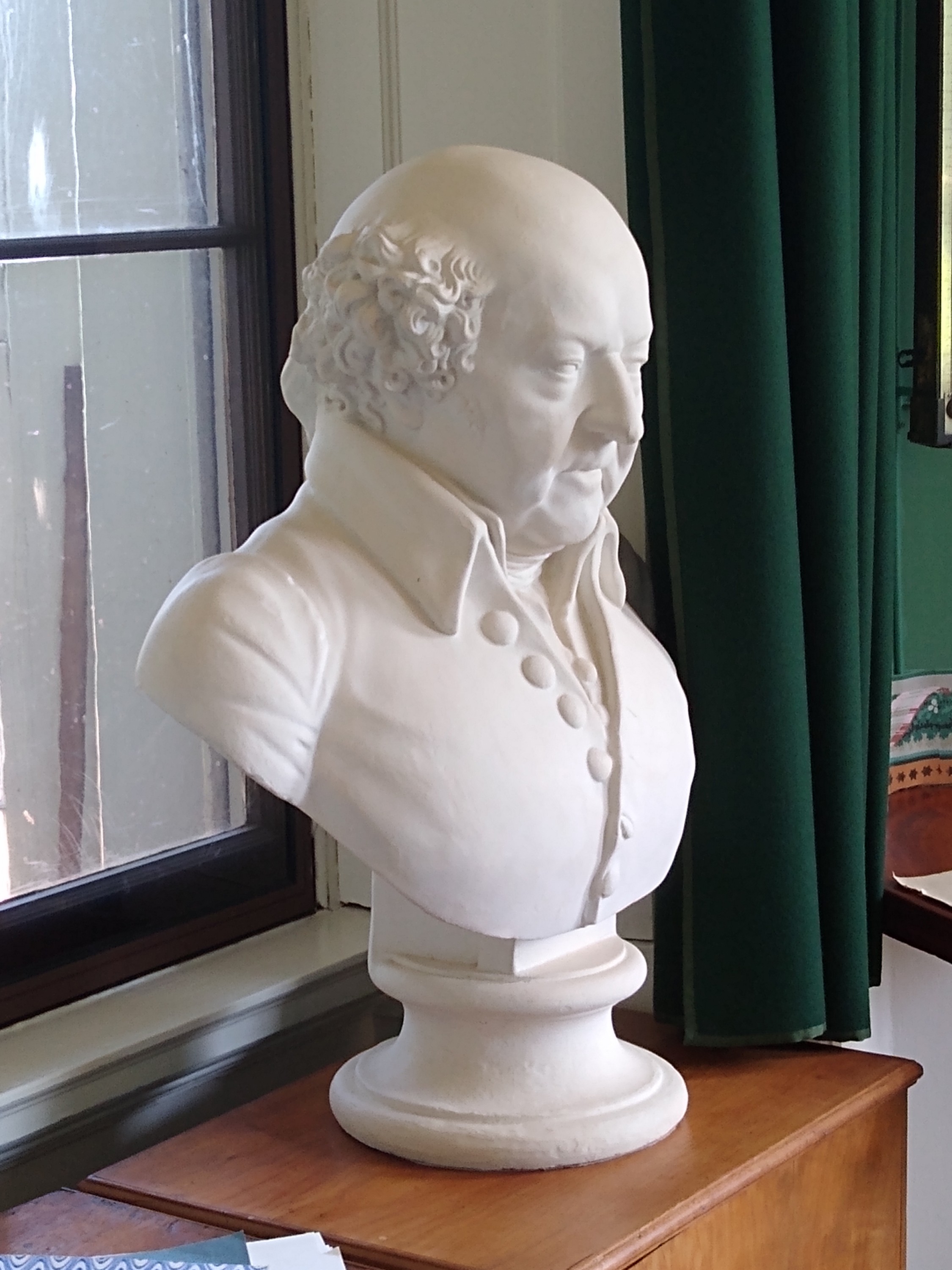 Historical Notes: John Adams's portrait for Faneuil Hall in Boston was financed by 215 public subscribers who each contributed two dollars so as to transmit "to our Children the Features of the Man, whose patriotic energies were so strenuously exerted for the Independence of our common Country."[1] Adams described Binon as:

a French artist from Lyons who has Studied eight years in Italy has lately taken my Bust. He appears to be an Artist and a Man of Letters. I let them do what they please with my old head.[2]

Binon studied with the sculptor Joseph Chinard (1756-1813) in France and was the American sculptor Horatio Greenough's first teacher. Binon sculpted a marble bust for Faneuil Hall and hoped to sell plaster versions for profit, although Adams thought it "so hopeless a speculation."[3] Binon made at least six plasters, including those given to Adams, his son John Quincy Adams, the Boston Athenaeum, and Jefferson.

Jefferson was presented with a plaster as a gift from Benjamin Gould, who wrote him,

I have sent by the Schooner Virginia, Capt. Otis, a Box containing a plaister Bust of Mr. Adams, which I beg you will do me the favour to accept. It is taken from the marble bust of Binon .... The likeness is considered most striking. No one can hesitate an instant in recognizing it, who has seen the original within ten years.[4]

The bust was received at Monticello in August 1825. Jefferson thanked Gould and reported,

[W]ithout knowing exactly the precise period at which it was taken, I think it a good likeness of what he was a little after he had past the middle age of life. it recieved a little injury by fracture, but the parts are preserved, and, being on the back part, can be repaired without disfiguring it. I place it with pleasure in the line in my cabinet of his predecessor and successors.[5]