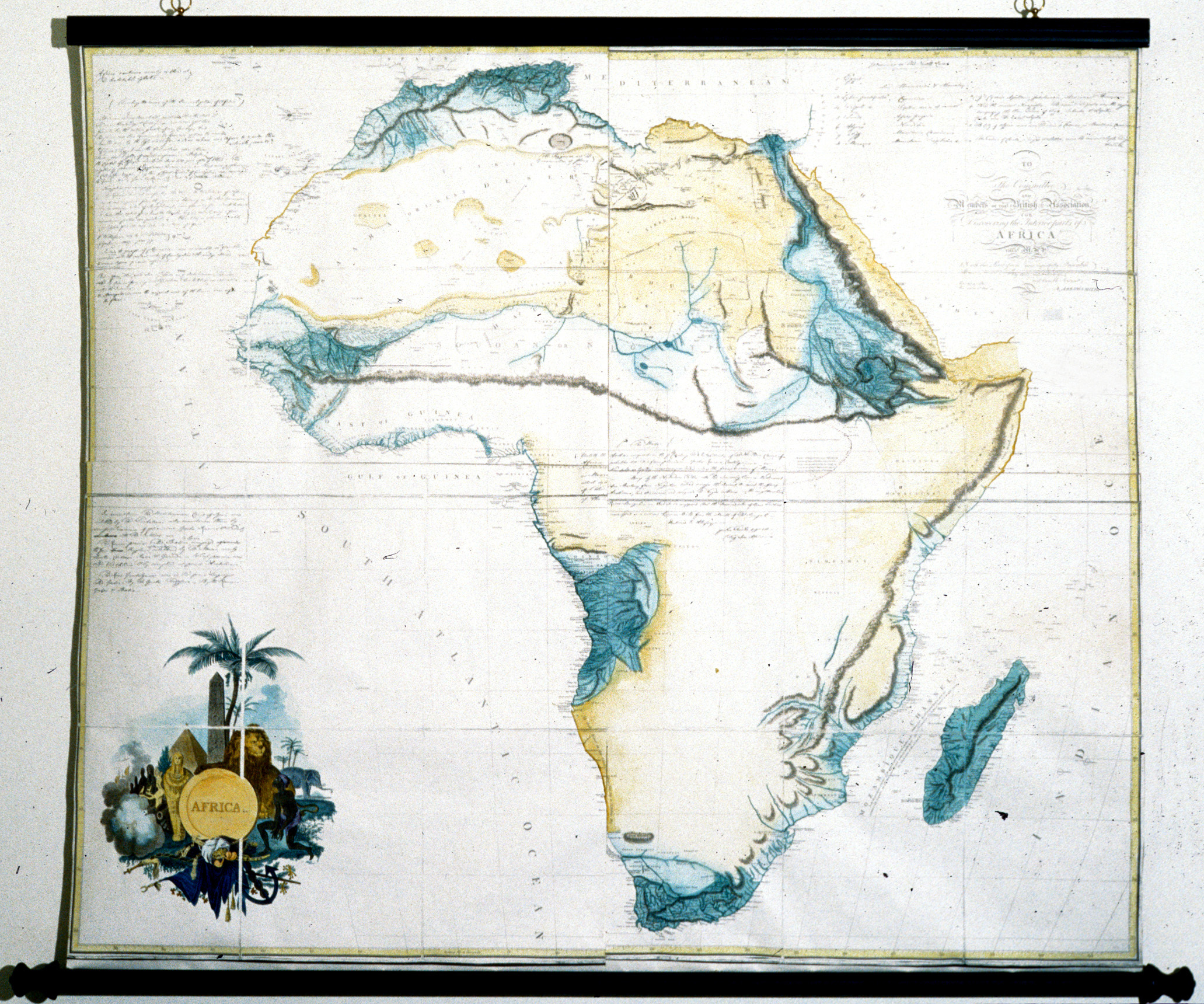 Historical Notes: Jefferson's Entrance Hall map collection was dominated by the wall maps of the London mapmaker Aaron Arrowsmith. In Jefferson's day Arrowsmith's maps were renowned for their clarity and large scale. He was particularly skilled in producing maps from a wide variety of source material, ranging from visitors' accounts of terrain, to sketch maps and triangulations.[1] His map of the United States was compiled largely from Native American maps and information supplied by the Hudson Bay Company.[2] Arrowsmith began his career as a surveyor and worked with the prominent map and globe maker John Cary. His success led to an appointment as hydrographer to King George IV.[3]

Jefferson made all of his purchases of Arrowsmith maps while serving as president. The first, in 1803, was "A Map of the United States of North America," published in London in 1802. Apparently satisfied with Arrowsmith's work, in 1805 Jefferson ordered maps of Europe, Asia, and Africa "on linen, with rollers & varnished," from a London agent, William Tunnicliff.[4] These three, along with the map of the United States, were probably among the maps that hung in Jefferson's Cabinet at the President's House.[5]

Jefferson's copies of Arrowsmith's maps remain unlocated, with the possible exception of his maps of Asia and the United States, varnished on rollers as Jefferson specified, which descended through the Cabell family of Nelson County and may have been purchased by Joseph Cabell at the Dispersal Sale in 1827.[6] Much of the Monticello map collection may have been used after Jefferson's death at the Edgehill School, which was operated from 1829 until around 1900 by his granddaughters at a nearby farm.[7]