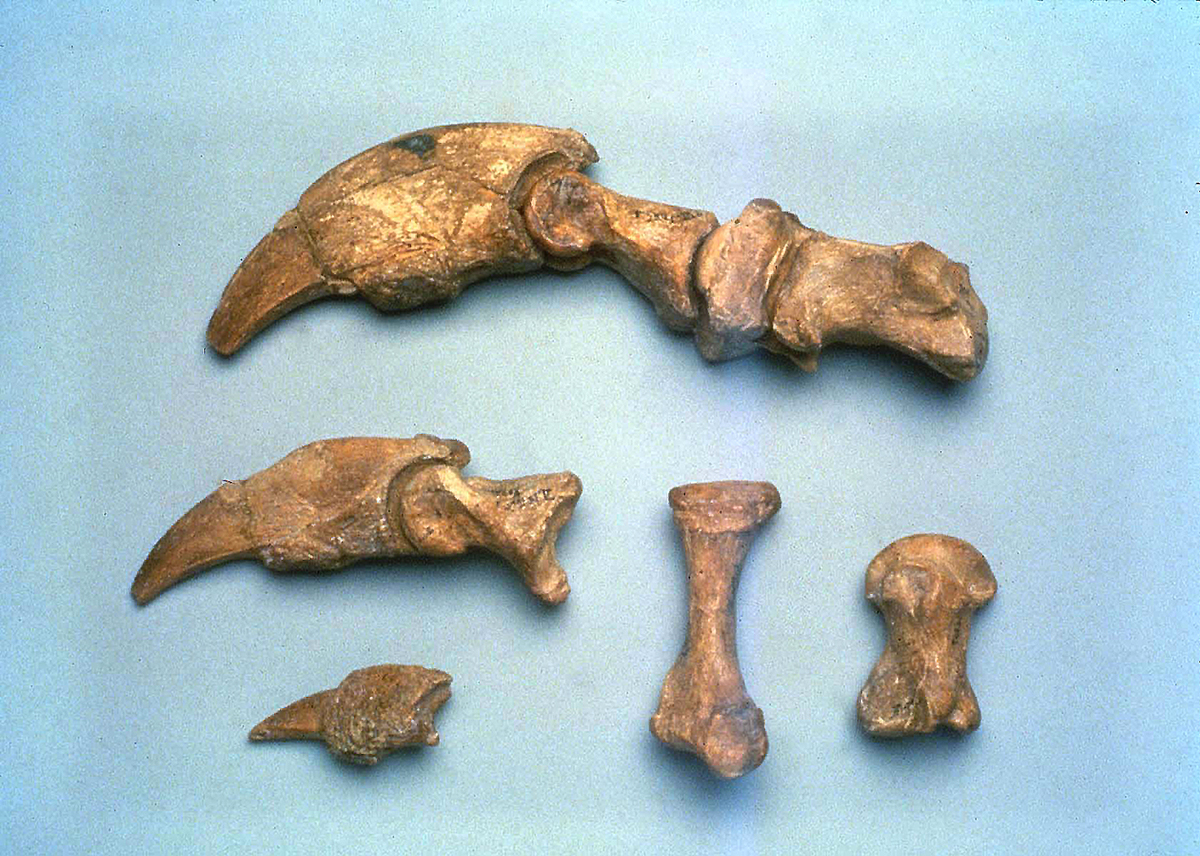 Provenance: Colonel John Stuart; by gift to Thomas Jefferson in 1796; by gift to the American Philosophical Society in 1797; by transfer to the Academy of Natural Sciences in 1849

Historical Notes: Once Notes on the State of Virginia was available in the United States in 1787, Thomas Jefferson's interest in fossils became widely known. For more than two decades Jefferson received fossils from friends and acquaintances who knew of his curiosity. An odd gift came from Colonel John Stuart of Greenbrier County, Virginia (now West Virginia):

Being informed you have retired from public Business and returned to your former Residence in Albemarle, and observing by your Notes your very curious desire for Examining into the antiquitys of our Country, I thought the Bones of a Tremendious animal of the Clawed kind lately found ... might afford you some amusement ....[1] 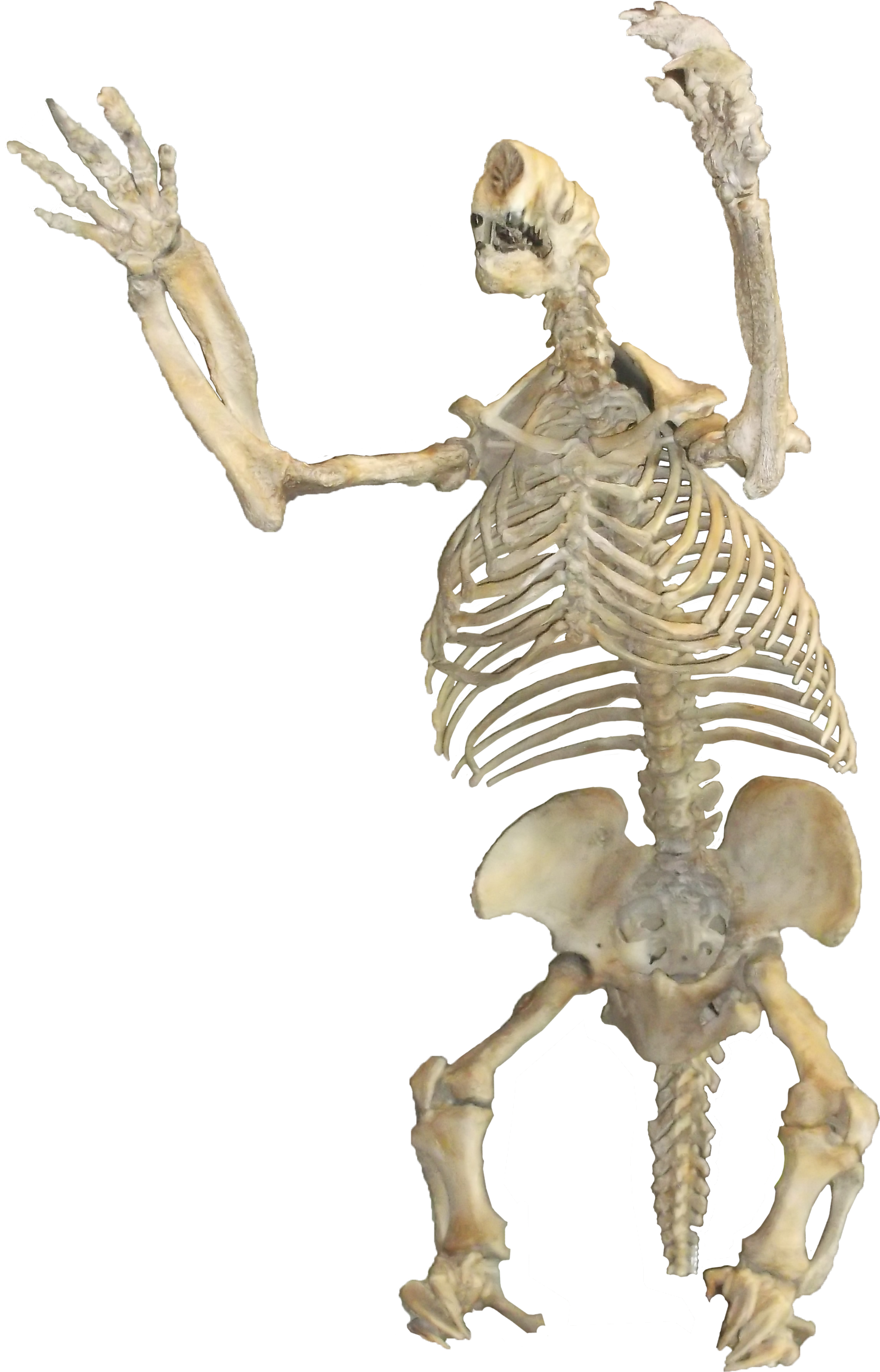 Stuart added that he thought the animal was "of the Lion kind."[2] Jefferson began preparing a paper on the bones, based on Stuart's hypothesis, for submission to the American Philosophical Society.

While waiting in vain for Stuart to send a thigh bone of the animal that could indicate its full size,[3] Jefferson was elected to two important offices: vice president of the United States under John Adams and president of the American Philosophical Society. With his induction as Society president pending, Jefferson completed his paper on the bones with the information at hand and carried the fossils with him on the journey to Philadelphia. He had reached the conclusion that the bones were from an animal "of the lion kind, but of most exaggerated size."[4] Because of the animal's bulk — three times that of a lion — Jefferson called it "the Great-claw or Megalonyx."[5]

Some time after his arrival in Philadelphia in March 1797, Jefferson went to a bookstore where he happened to peruse the September 1796 issue of London's Monthly Magazine. By incredible coincidence the issue contained an engraving of a fossilized skeleton that was strikingly similar to Jefferson's "Megalonyx," but it was identified as a relative of the sloth. The fossils from Paraguay illustrated in Monthly Magazine had been mounted in the Royal Cabinet of Natural History in Madrid. Realizing that his classification of the fossils as part of the cat family was probably wrong, Jefferson quickly revised his paper on the day of his presentation. He deleted all references to "Megalonyx" and substituted instead the more general term, an animal "of the clawed kind."[6]

The bones were deposited in the Society's collection. The renowned Dr. Caspar Wistar noted both similarities and differences between the bones at hand, those of a sloth, and those illustrated in Monthly Magazine, leaving the identification of the specimen unanswered.[7] In 1804 Jefferson was credited as the discoverer of the Megalonyx, an animal that is indeed related to the sloth family, and in 1822 the French naturalist Anselme Desmarest gave the extinct animal its formal name: Megalonyx jeffersonii.[8]