Salome Bearing the Head of St. John the Baptist (Painting) 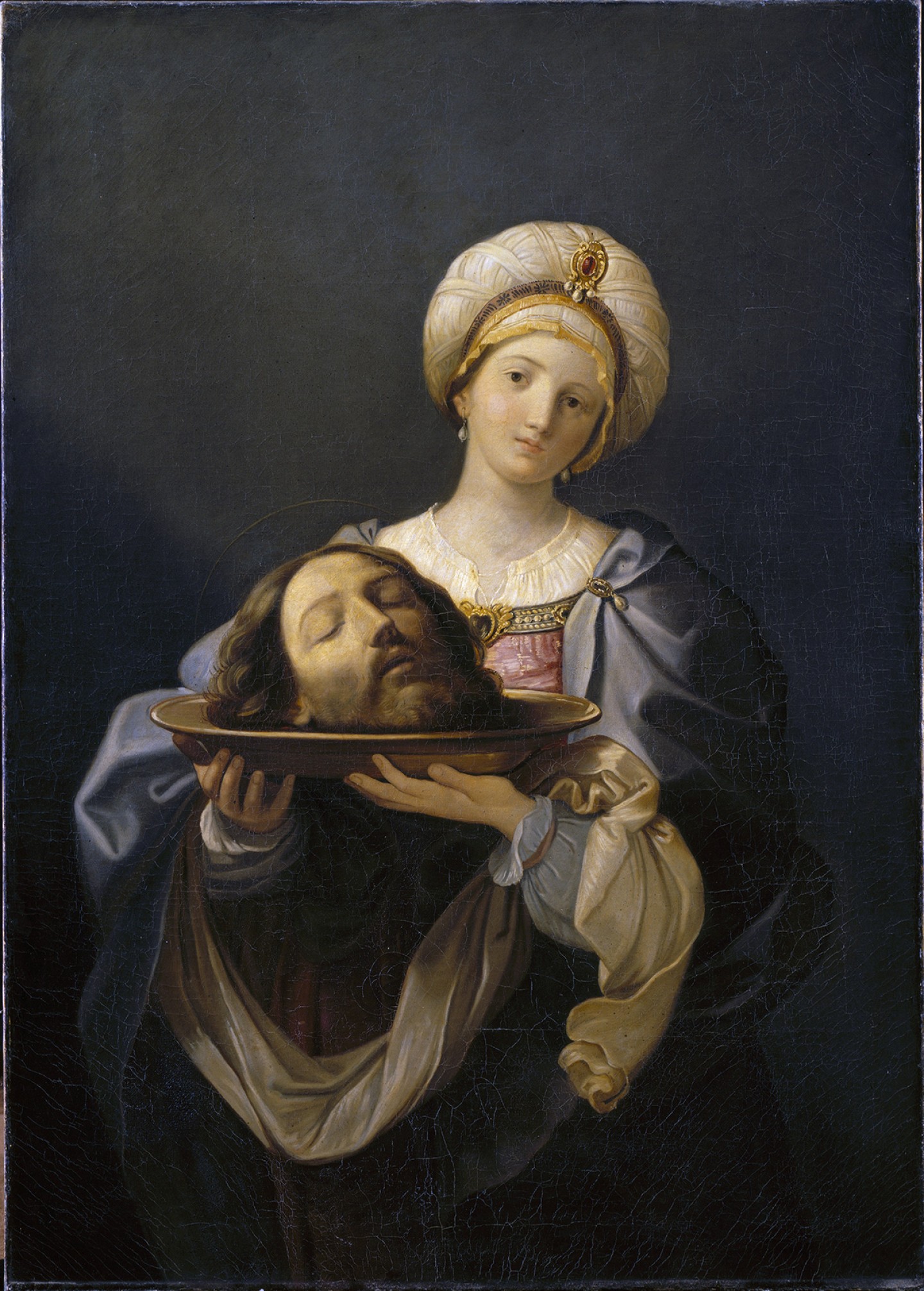 Salome Bearing the Head of St. John the Baptist

Historical Notes: A three-quarter length portrait of Salome (identified by Jefferson as Herodias) holding the head of John the Baptist on a large platter. She faces frontally with her head inclined to the right, and she wears rich, oriental robes of blue and gold. On her head is a large white turban with gold trim. The hat and the bodice of her robe are bejeweled, and she wears large pearl earrings. The bearded head of the Baptist is held before her; it is seen frontally.

At Monticello, the painting hung in the upper tier in the Parlor. When entering it as item no. 22 in his own "Catalogue of Paintings," Jefferson described the artwork: "Herodias bearing the head of St. John in a platter. a 3/4 length of full size on canvas, copied from Simon Vouett, purchased from St. Severin's collection, Catal. No. 248. the subject Matt. 14.11. Mark 6.2.8."[1]
The painting is a scene from the story of the beheading of John the Baptist. In order to kill the prophet, jealous Herodias bade her daughter, Salome, to dance for King Herod. The King was so entranced by her dance he offered to grant the girl any wish. At the request of her mother, she asked for the head of the Baptist, which was delivered to her on a platter.
Jefferson seems to have been misinformed as to the subject of the painting and the artist of the original. The auction catalogue for the St. Severin sale listed the painting as "Herodiade" by Vouet. It turns out, however, that the painting is almost an exact copy of a painting by Guido Reni, now located at the Galleria Nazionale d'Arte Antica in Rome. Reni's early 17th century painting is generally regarded as Salome, rather than her mother, Herodias. The French artist, Simon Vouet, a contemporary of Reni, did in fact complete a version of this Biblical story. His painting, however, is quite different than Reni's.