Timeline of the Founding of the University of Virginia 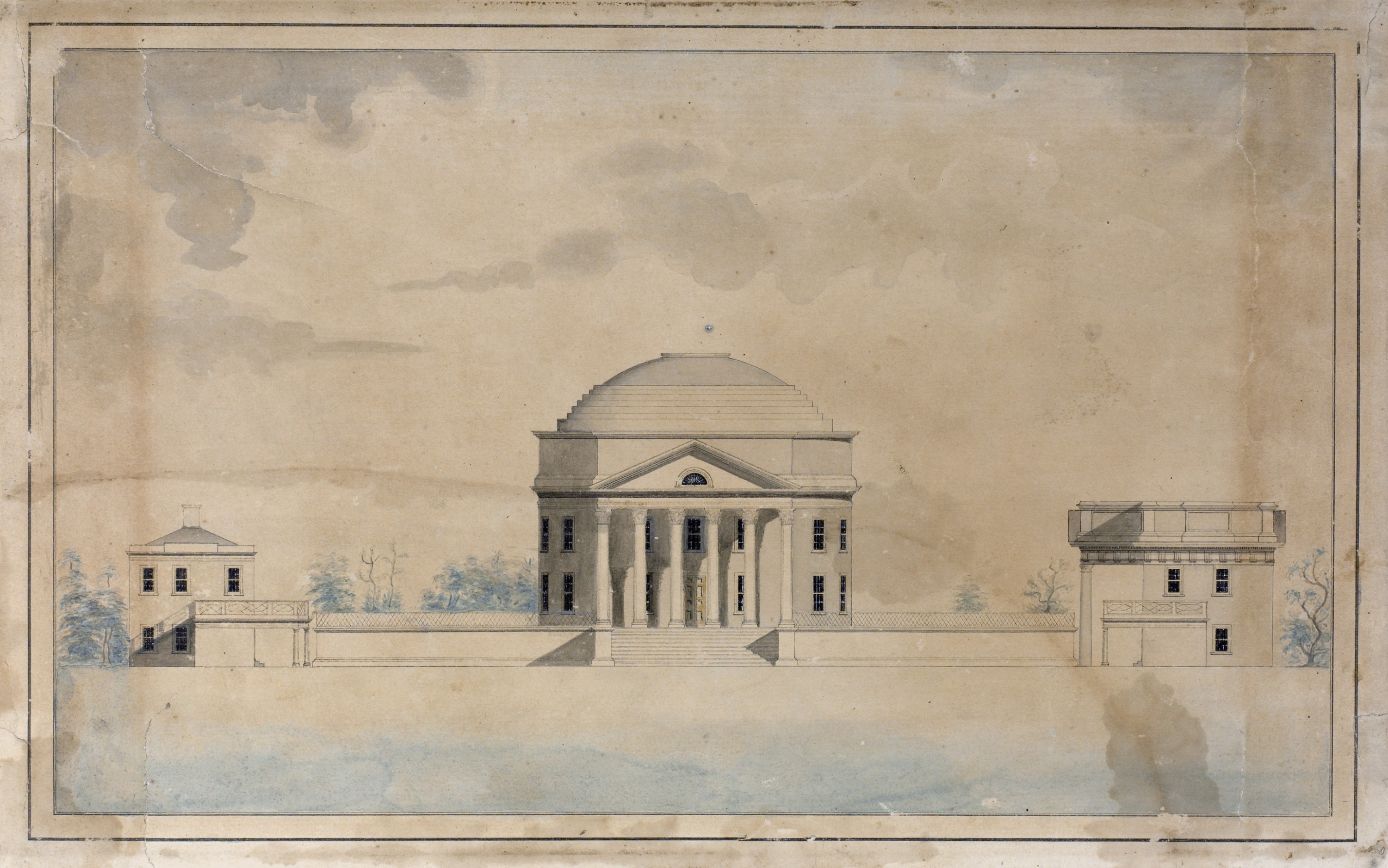 Rotunda of the University of Virginia by John Neilson

On October 6, 1817, the cornerstone for the first building of what one day would be the University of Virginia was laid on a rocky ridge about a mile west of Charlottesville. Nearly everyone from the little town watched as dignitaries were led in parade to the site.[1] James Monroe, James Madison, and Thomas Jefferson were present, as were members of the society of Freemasons, as well as judges, attorneys, and a musical band.[2] When the cornerstone was set, there was no guarantee that the school planned for this disused farmer’s field would become a state university. Only the year before, Virginia’s General Assembly altered the charter of Albemarle Academy to establish a new regional school, to be called Central College, and more than another year would pass before a university was officially established on this site. In 1825, eight eventful years after that October day, the first students, a few dozen on opening day but more than one hundred by the end of the year, began classes at Virginia’s first truly public university.[3] The road from academy to college to university was anything but smooth and, as the historian Garry Wills observes, the making of “Mr. Jefferson’s University” was “accomplished only by a series of truly heroic acts.”[4]

1760-1762 Jefferson attends the College of William and Mary. While there, he acquires the first of his many books on architecture.

1772 Jefferson’s self-taught architectural prowess is recognized by the colonial Governor of Virginia, Lord Dunmore, who asks him to design an addition to the main building of the College of William and Mary. The drawing is a precursor of Jefferson’s design for the University of Virginia, sketched more than forty years later.

1779 Report of the Committee of Revisors is submitted to the Virginia General Assembly. The Report catalogs 126 bills, including Jefferson’s proposals for a general system of public education (Bill No. 79) and for revising the curriculum of the College of William and Mary (Bill No. 80). It is here that we get the first glimpse of Jefferson’s plan for a modern university in Virginia. In the same year, Jefferson is elected Governor of Virginia by the General Assembly and serves on the Board of Visitors of the College of William and Mary. The Assembly votes to move the capital of Virginia from Williamsburg to Richmond.

1784-89 Jefferson resides in Paris while serving his fledgling country as Minister Plenipotentiary. He travels widely in France and in other countries, viewing many examples of contemporary and classical architecture that will influence his architectural plans for the University of Virginia.

1789 Jefferson is appointed George Washington’s Secretary of State (1789-1793) and then, later, becomes John Adams’s Vice President after his own unsuccessful bid for the presidency (1797-1801). His interest in architecture and education continues during these busy years.

1800 Jefferson pens a letter to Dr. Joseph Priestley describing his wish to establish in the central part of the state a university “so broad & liberal & modern.”[5]

1805 Writing a letter to a member of the Virginia House of Delegates, Jefferson proposes that a university “should not be a house but a village.” He begins his second term as president.[6]

1809 Joseph C. Cabell enters the Virginia House of Delegates. As delegate and later senator, Cabell will play a role in establishing the University of Virginia that is second only to Mr. Jefferson’s. Leaving Washington during this year, Jefferson retires to Monticello.

1810 The Virginia General Assembly makes appropriations for a Literary Fund to further education in Virginia. It will later play a significant role in the creation of a state university.

1814 Jefferson is elected to the Board of Trustees of Albemarle Academy, a school existing only on paper, but which has been called the “midwife” for the University of Virginia. Writing to his nephew, Peter Carr, Jefferson outlines in great detail his plan for a university.

1815 Jefferson completes the sale of his personal library of more than six thousand books to the United States Congress to restock the Library of Congress, burned by the British during the War of 1812.

1816 On February 14, the Virginia General Assembly establishes a charter for Central College in the County of Albemarle. Jefferson is elected to the College’s Board of Visitors and Rector of the College. The grounds plan for the college, designed by Jefferson, takes the form of an “academical village.”

1817 The Board of Visitors of Central College meet for the first time in April. The location for Central College is selected and Jefferson personally surveys the site. The cornerstone of the first building (Pavilion VII) is laid on October 6.

1818 On February 21, the General Assembly approves funds for a state university to be called the “University of Virginia,” but with the location unspecified. Governor James P. Preston appoints delegates to a commission charged with choosing a site. Twenty-one representatives from senatorial districts meet on August 1 in a tavern at Rockfish Gap in the Blue Ridge. They recommend Central College in Charlottesville as the site for the university.

1821 In November the Visitors of the University of Virginia report that six pavilions (to serve as professors’ residences and lecture halls), two hotels for dining, and eighty-two student dormitories are completed, with another four pavilions, four hotels, and additional dormitories to be finished the next summer.

1822 In their annual report, the Visitors of the University state that all the buildings “except one” are completed. The remaining building, Jefferson’s “Rotunda” modeled after the Roman Pantheon, to be used for public examinations, worship services, a library, and for other purposes, was not yet begun due to lack of funds. The Visitors emphasize that it is important that all buildings be completed before the university opens.

1823 Construction on the Rotunda commences.

1824 On November 5, the Marquis de Lafayette is feted by Jefferson and James Madison, along with about four hundred guests, in the topmost floor of the yet-unfinished Rotunda. The Visitors appoint Francis Walker Gilmer as the Board’s agent for the purpose of recruiting professors in Great Britain.

1825 The University of Virginia officially opens its doors on March 7. Only five professors, all foreigners, and a few dozen students are present this first day, but two more professors (Americans) arrive a month later, with more than one hundred students in attendance by the end of the initial year.

1826 Jefferson visits his university for the last time in early June. He dies at age 83 on July 4. The “Father of the University of Virginia” is buried at Monticello on July 5. James Madison replaces Jefferson as University Rector.