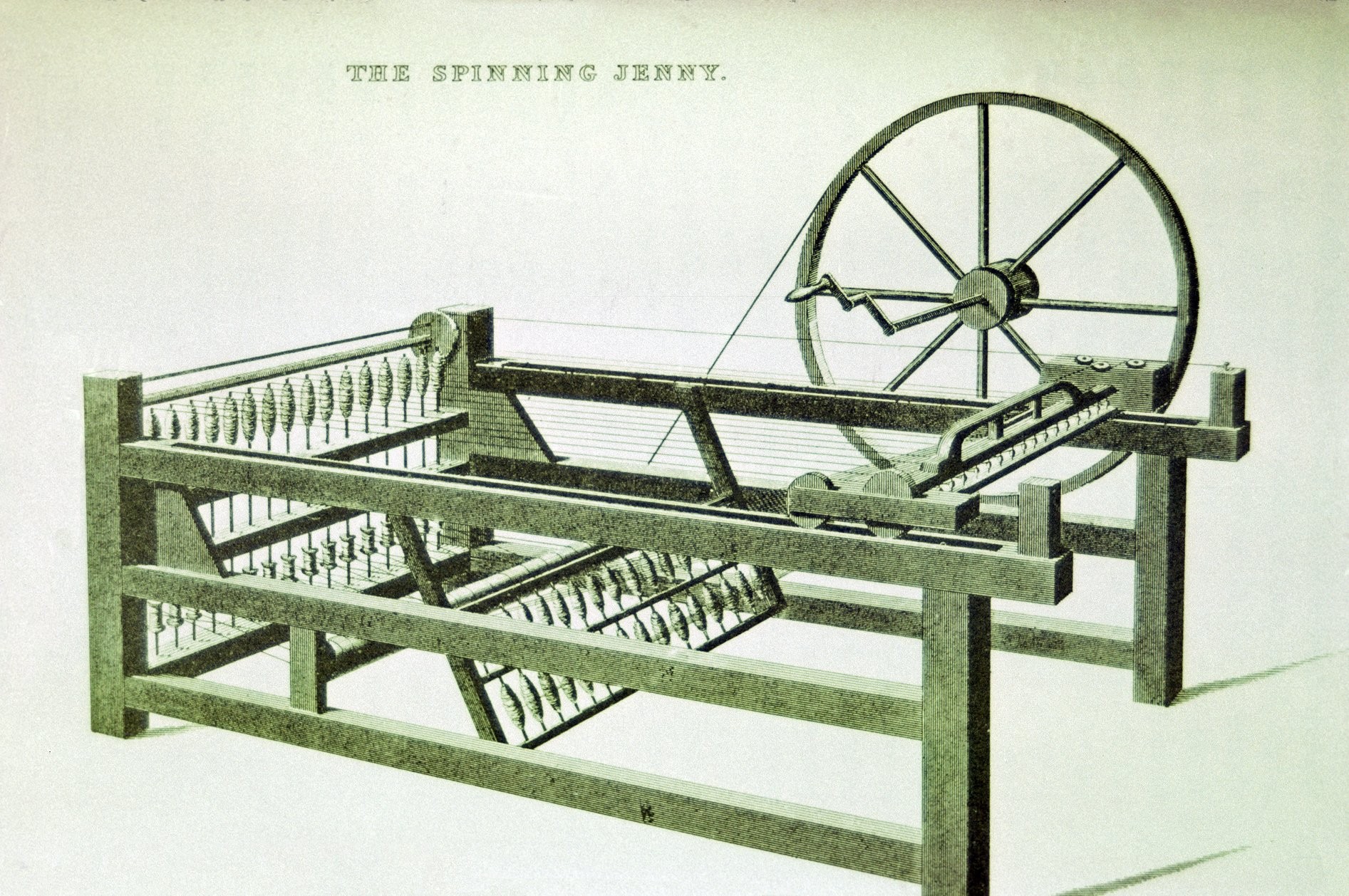 Spinning Jenny by John James, History of the Worsted Manufacture in England. After experimenting with newer spinning machinery, Jefferson settled on a jenny patented in Britain in 1770 by James Hargreaves because it was “simpler & better than all the improved machines.” Metropolitan Museum of Art

By 1815, enslaved spinners, weavers, carders, and quillers made cloth from wool, hemp, and cotton in the textile shop. Randal and John Hern, two young carders, used hand cards or a carding machine to brush the raw material into long rolls of fiber called roving.  Aggy, a spinner, fed the roving onto a spinning jenny, which separated the fibers before twisting them into thread and winding them onto 24 different spools. Eliza, a young quiller, removed the spools from the spinning jennies and brought them to a loom. Dolly then wove the thread into cloth on a fly-shuttle loom. The enslaved workers were instructed by William McLure, a hired weaver who worked at Monticello from 1812–14.