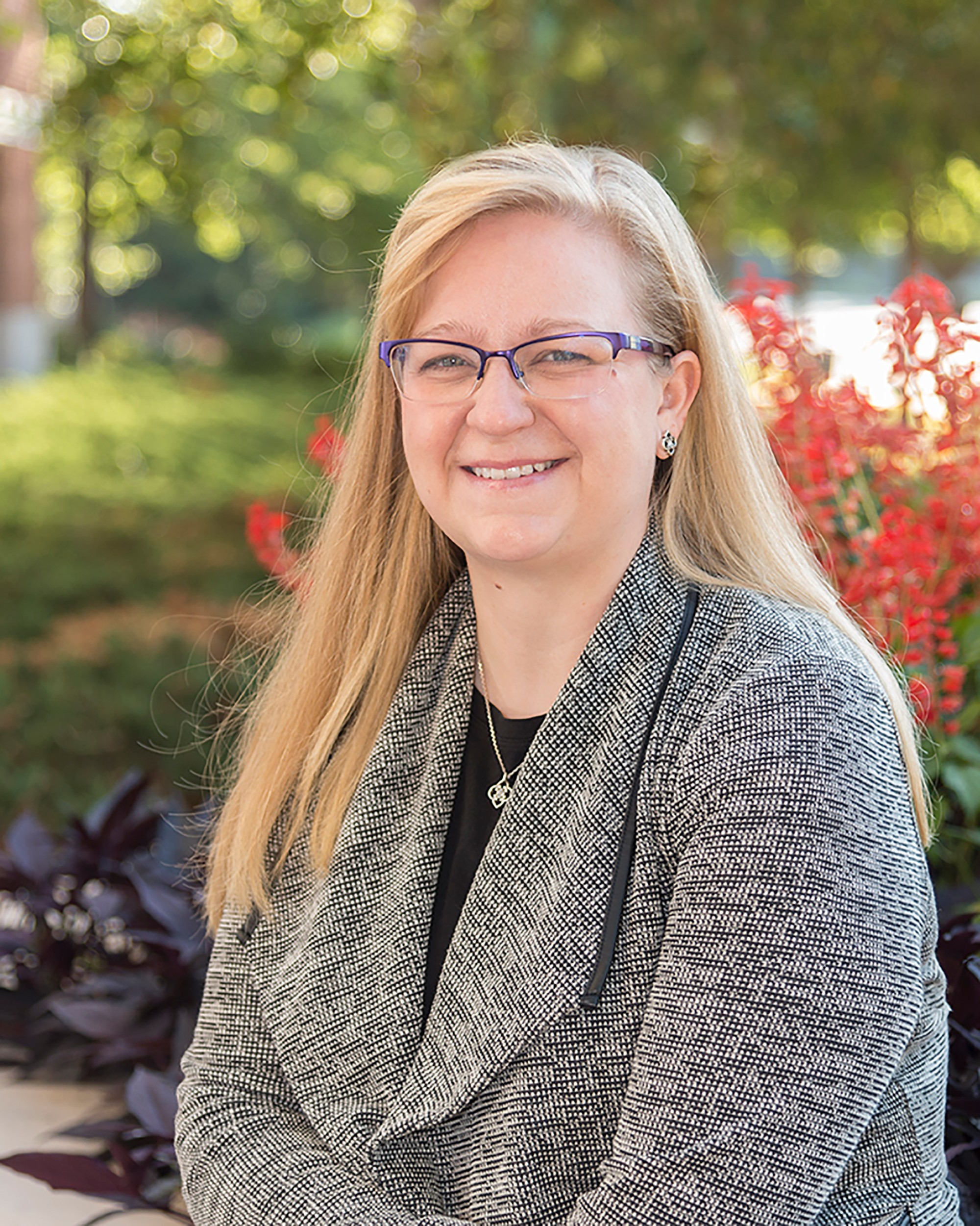 Perhaps now, more than ever, we are acutely aware of our built environment. With varied restrictions on travel, work settings, and even social gatherings, our immediate residential surroundings are in sharp focus. Spending more time at home in the age of COVID-19, gardens and porches have become precious amenities. As a witty friend and astute real estate agent recently quipped, the ubiquitous statement “I could see us entertaining here” from a HGTV house hunter has now turned into a critical question: could I see myself quarantined here?

As an architect, Jefferson realized that the measure of success for a built design went far beyond simple aesthetics or the integrity of the bricks and mortar. One had to consider how the building interacted with natural forces and the land, while contemplating how architecture shaped spaces for both collective gathering and individual contemplation. In these respects, Monticello truly is an “essay in architecture.” Louvres and shutters modulate the natural light from expansive, and numerous, windows while a complex water drainage and collection system literally envelopes the home. Half of the ground floor plan is dedicated to the more public functions of the home whereas the other half is relegated to Jefferson’s personal pursuits of life-long learning. As an auto-didactic designer, Jefferson embodied the Vitruvian principle that “the architect should be equipped with knowledge of many branches of study and varied kinds of learning.”[1] Vitruvius elaborated: in addition to honing skills in drawing and geometry, the architect needs to study history, philosophy, music, medicine, law, astronomy, and optics. Knowingly, all of these topics filled the shelves, tables, and floor of Jefferson’s ever-expanding library. 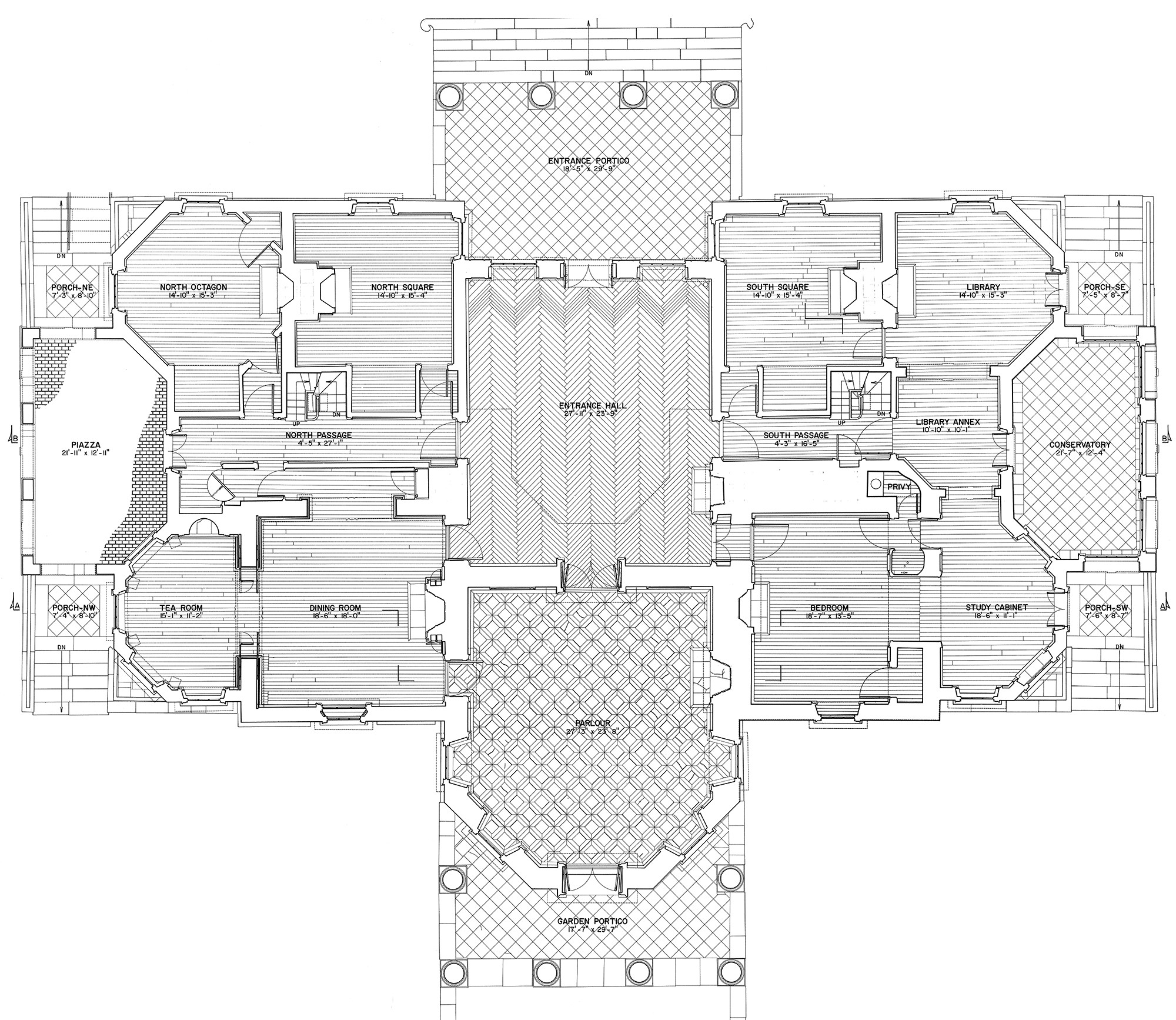 For Jefferson, architecture was also an active and iterative practice. Referring to Monticello, he famously said that “putting up, and pulling down” was a favorite amusement and as a result, his forty-year experiment in architecture was perpetually in some state of construction. This desire for architectural refinement through restless observation, critique, and revision was not relegated to Jefferson’s mountaintop. He was constantly observing and redesigning his environments. He surveyed and proposed revisions to at least half of his temporary residences.[2]

Today’s visitors to Monticello experience a home interpreted to Jefferson’s retirement, a period of more than seventeen years when Jefferson was, largely, in residence. The geographical stasis of Jefferson’s retirement period was, however, in sharp contrast to the persistent movement that characterized his career between 1776 and 1809. Many of these journeys were directly tied to the foundation and management of the nation, but he also used these travels and the inhabitation of no fewer than eighteen residences to inform his knowledge of domestic architecture. Although one may think that hosting the statesman would be an honor, in today’s world of AirBnB reviews and background checks, owners would be leery of Jefferson as a tenant. His preserved letters show that he dismantled walls, undertook construction projects, broke windows, and his propensities for furniture rearrangement and hefty book boxes left deep scratches in the wooden floors of his rented accommodations in Paris, New York City, and Philadelphia.[3] 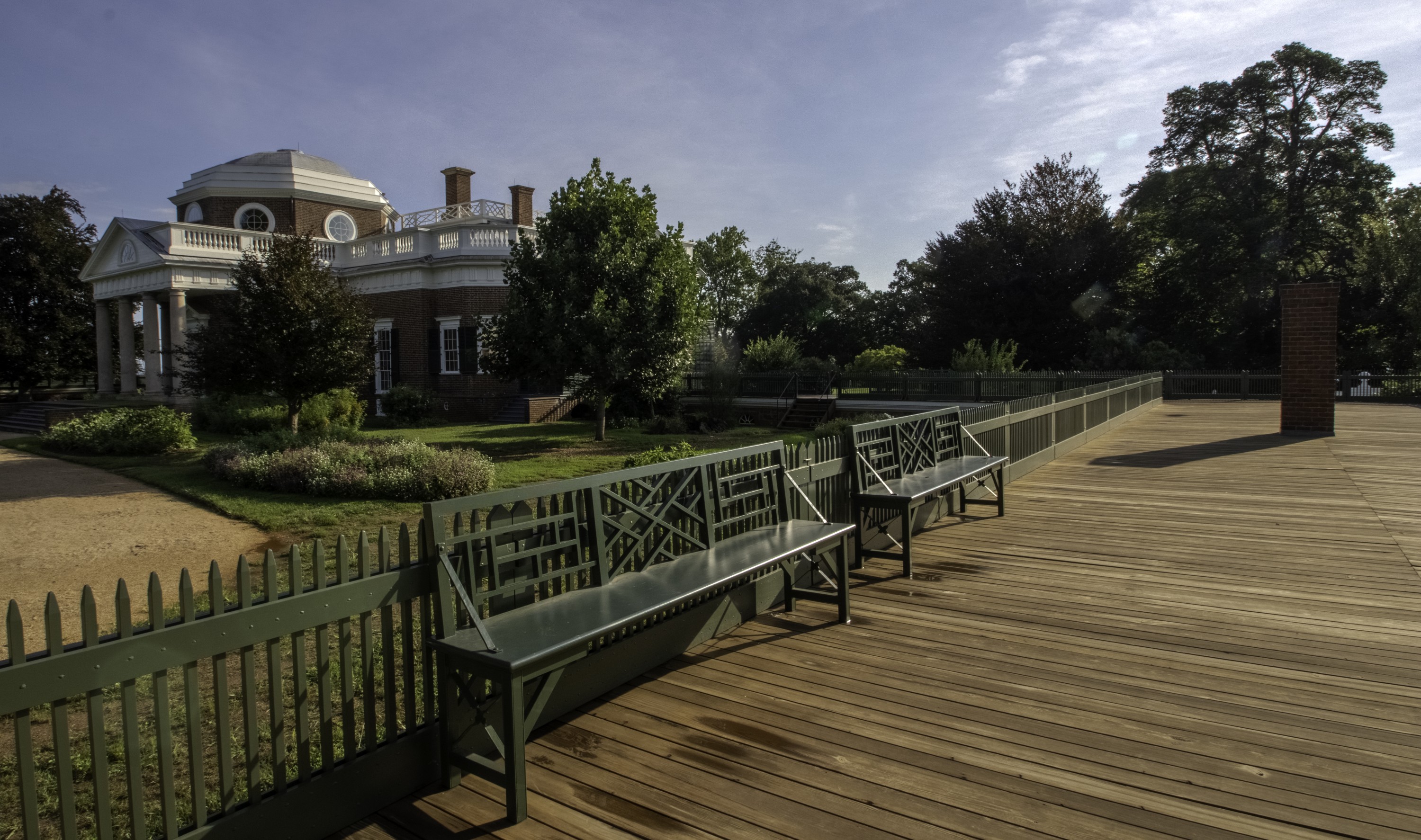 When the government moved from New York City to Philadelphia in 1790, Jefferson continued his residential explorations by creating several plans for his temporary accommodations. He even documented a rented house along the east bank of the Schuylkill River, three miles outside of the city, where he escaped the confines of his urban residence, a heat wave, and later, an outbreak of yellow fever. Jefferson noted in his Memorandum Book that he “moved into country” on April 9, 1793 to a home owned by Moses Cox (1734-1805). While in residence for five months, Jefferson drafted an unannotated plan of the home and then added a sketch of a hemispherical addition, akin to the spaces of his Parisian residence at the Hôtel de Langeac (click here to view Jefferson's 1798 Plan of the Schuylkill River.). Jefferson also installed a large calendar clock by Robert Leslie in the home on April 27th; this same clock would later occupy the Entrance Hall of Monticello where it continues to fascinate historians and visitors.

Despite his architectural visions and mechanical tinkering, Jefferson noted in a July 7, 1793 letter to his daughter, Martha Jefferson Randolph, that home’s landscape was its best asset:

I never go into the house but at the hour of bed. I never before knew the full value of trees. My house is entirely embosomed in high plane trees, with good grass below, and under them I breakfast, dine, write, read and receive my company. What would I not give that the trees planted nearest round the house at Monticello were full grown.[4]

Jefferson’s Elysium on the Schuylkill, however, was short-lived.  Prompted by the exodus of both the government and fellow urbanites due to the “considerably infectious” yellow fever outbreak, Jefferson left his Philadelphia retreat on September 17th and “set out for Monticello.” Writing to Cox before his departure, Jefferson explained that he would later collect the furniture and wine he left behind, and he apologized that the illness “which has nearly suspended all business” prevented him from getting workers to fix items in the home such as “fill up screw holes made by the clock, cover with tin a small hole made in the trap door for the bell wire of the clock.”[5]

Jefferson’s flight from the capital city in September was a fortuitous one: the yellow fever outbreak claimed the lives of approximately 5,000 in Philadelphia, approximately 10% of the city’s population.

Writing later that year to his frequent correspondent and fellow architectural aficionado Angelica Schuyler Church, coincidentally also Alexander Hamilton’s sister-in-law, Jefferson noted that he planned to resign as Secretary of State by the end of the calendar year so that he could be “be liberated from the hated occupations of politics, and to sink into the bosom of my family, my farm and my books. I have my house to build, my fields to form, and to watch for the happiness of those who labor for mine.”[6]

In our present world, away from our offices and schools, and spending the majority of time within the confines of our homes, this is an opportunity to refocus our priorities and attentions. We can also reimagine and redesign post-COVID life, hopefully taking a more inclusive, collaborative, and even Vitruvian approach to our built environment that incorporates the perspectives of not only architects and engineers, but also medical professionals, historians, educators, artists, and whole communities.

Danielle S. Willkens is an Assistant Professor at the Georgia Institute of Technology’s School of Architecture. She has been a guide at Monticello and was a short-term fellow at Monticello’s Robert H. Smith International Center for Jefferson Studies in 2014 and 2018. Her research on Jefferson, Sir John Soane, and the ‘transatlantic design network’ is in development for publication with the University of Virginia Press. She can be reached at danielle.willkens@design.gatech.edu