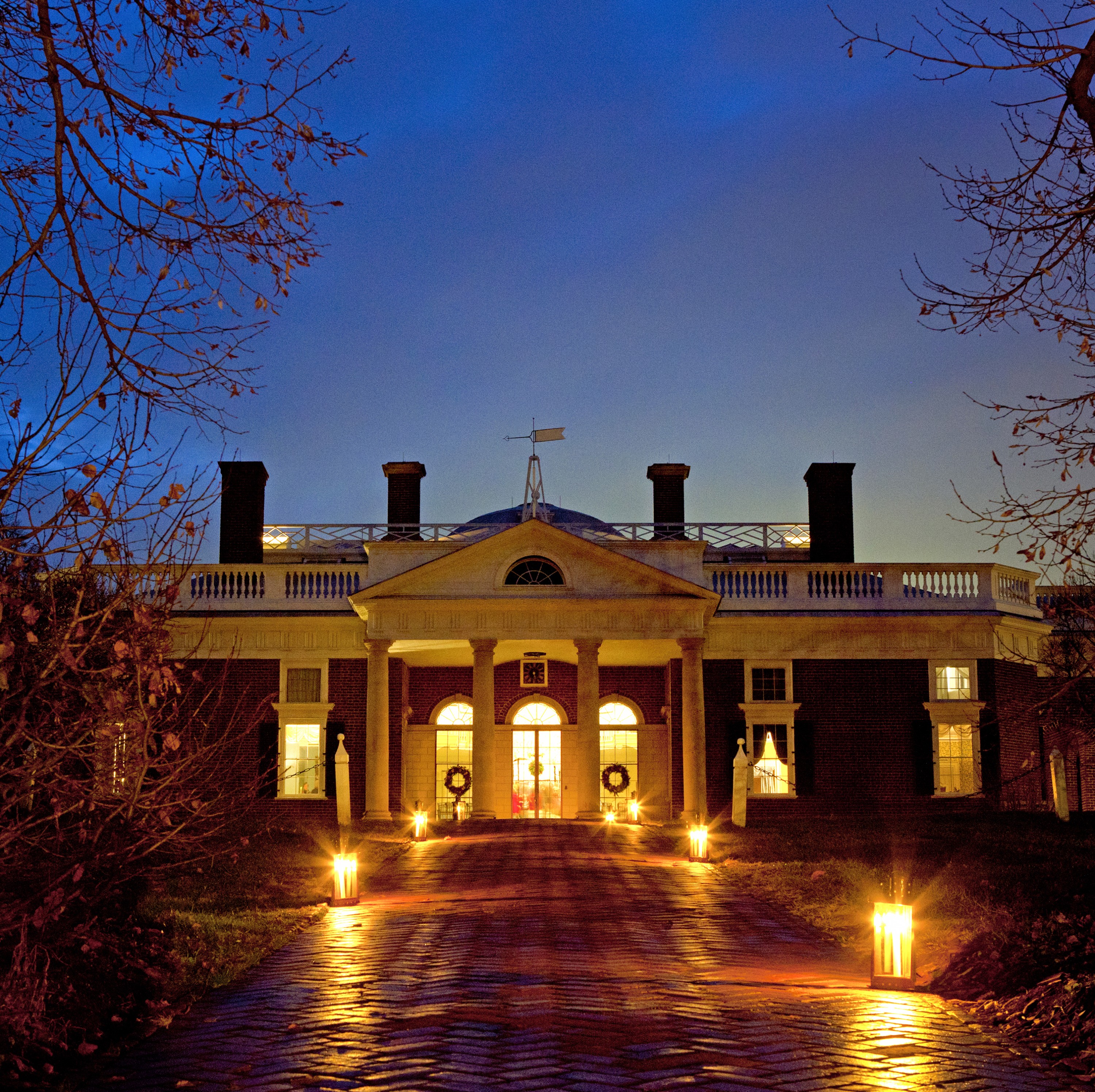 East Walk of Monticello in winter

In Thomas Jefferson’s lifetime, the holidays at Monticello were a time for family gatherings, visiting friends, settling accounts and planning for the new year. For Monticello’s enslaved community, the holiday season was a time for reunion and a possible respite from labor on the Plantation.

Jefferson described Christmas as “the day of greatest mirth and jollity” marking it as the high point of a social and religious season that extended from Advent through Christmastide. Our present-day traditions of tree decorating and generous gift giving were not part of holiday observances in Jefferson’s time, but celebrations with special meals and decorating with greenery span both the past and the present. 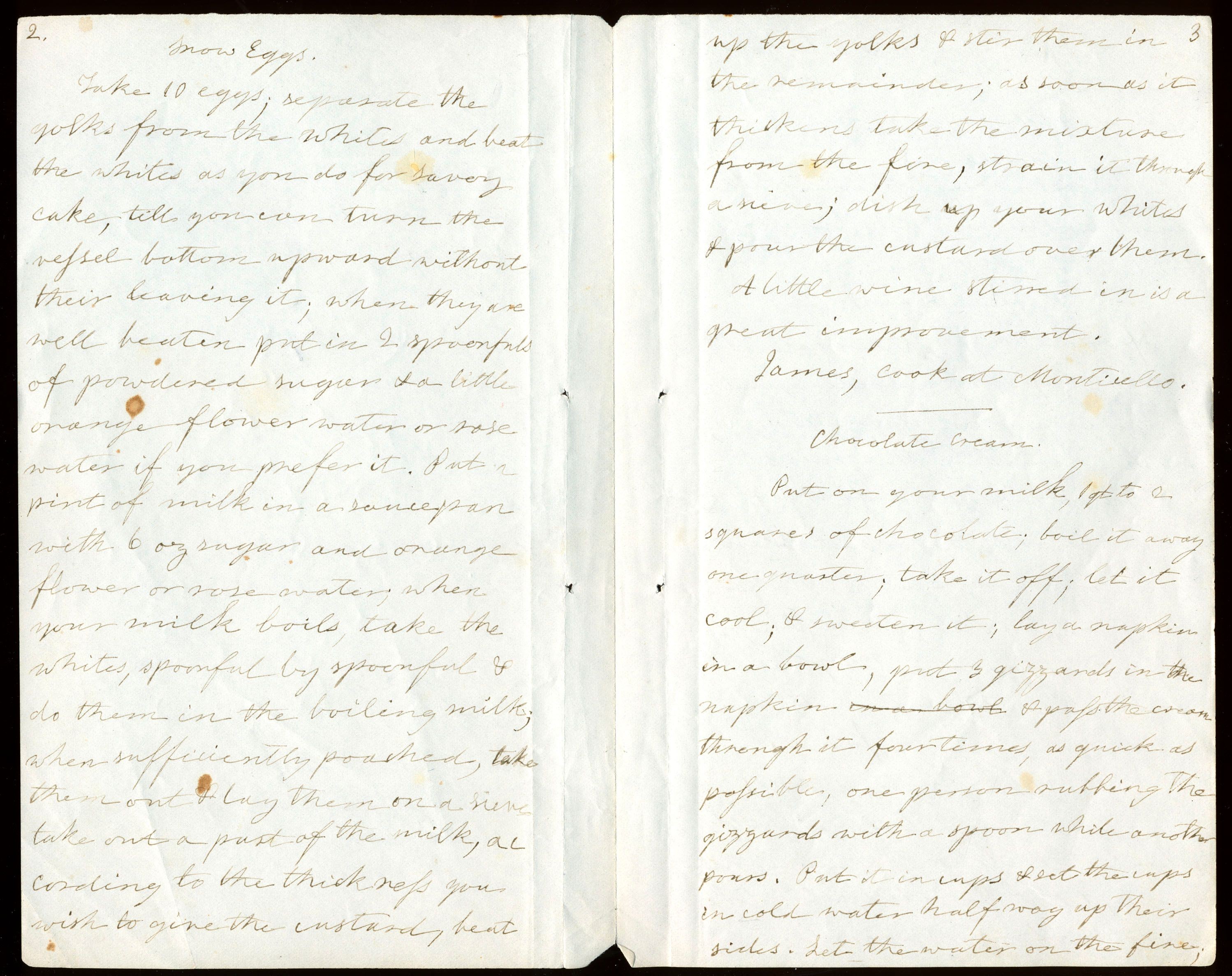 A Season for Merriment

Jefferson referred to the holidays as the “season of mince pies” and ordered apples from his neighbor Mary Lewis. Enslaved chef James Hemings passed on the dessert making skills he learned in France, including delicacies such as Savoy Biscuits, a sweet, airy muffin, and Snow Eggs, a French dessert of poached meringues floating in a nest of custard sauce. These recipes were preserved by Jefferson and his granddaughters. 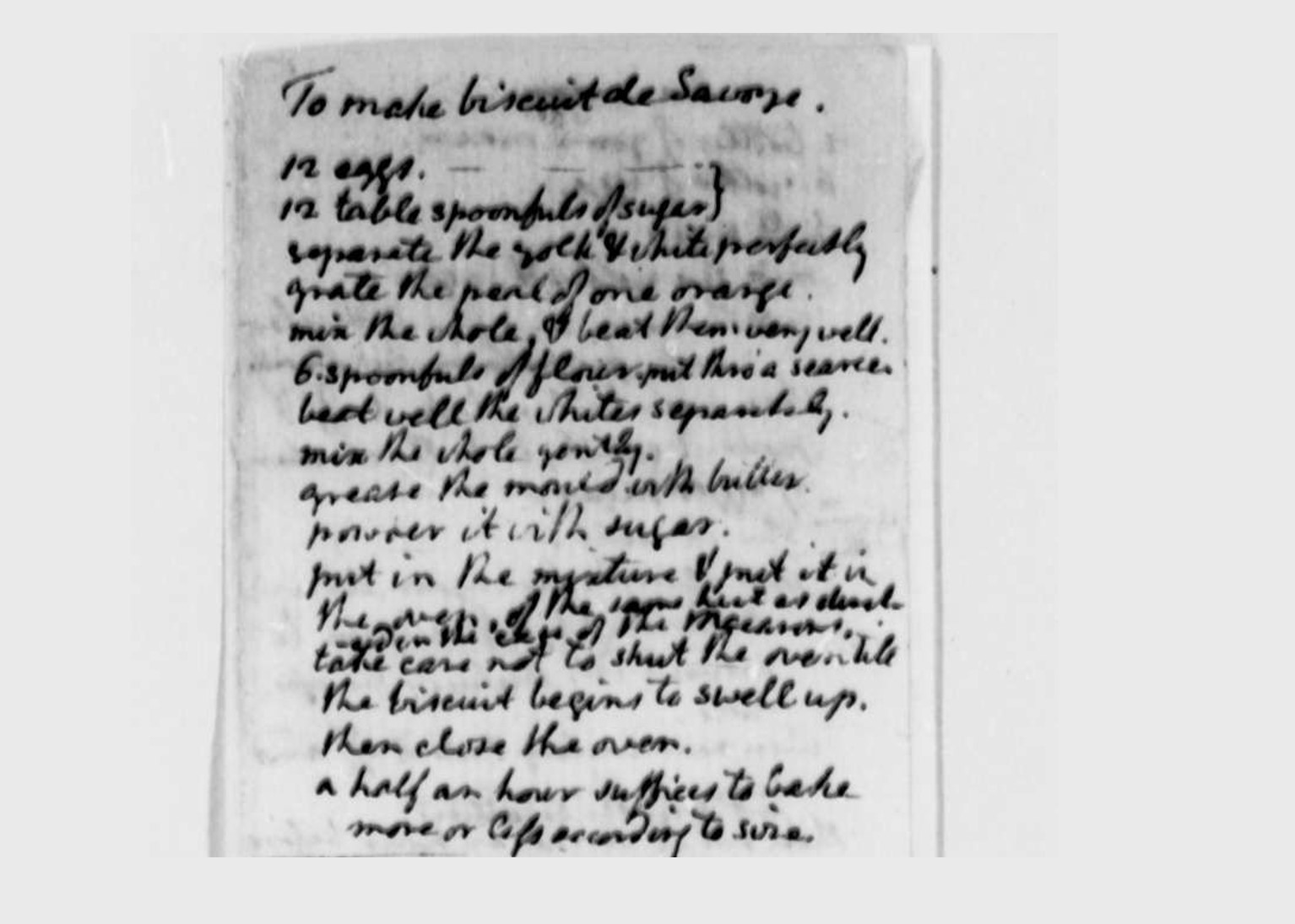 Music was an important part of holiday merriment for both Monticello’s free and enslaved community. Among the popular songs of the season, Adeste Fidelis (Oh Come All Ye Faithful) was a favorite in the great house.  In late December 1821, Jefferson’s teenage granddaughter Mary Randolph recalled, “catching the sound of a fiddle yesterday on my way to the smokehouse & getting a glimpse of the fiddler as he stood with half closed eyes & head thrown back with one foot keeping time…in the midst of a circle of attentive & admiring auditors.”

A Season for Family and Friends

Martha Jefferson Randolph captured the spirit of the social season writing Jefferson, “We have spent holidays and indeed every day in such a perpetual round of visiting and receiving visits that I have not had a moment to myself." Holiday visits created additional work for enslaved people working in plantation homes and kitchens.

While nothing like our holidays today, family members often exchanged small gifts with each other around Christmas. In January 1791, daughter Maria recalled the exchange of gifts within the family, writing her father, “Last Christmas I gave sister the ‘Tales of the Castle,’ and she made me a present of the ‘Observer,’ a little ivory box, and one of her drawings…”

Jefferson delighted in the company of his grandchildren during the holiday season, writing of his eight-year-old grandson,“Francis continues in perfect health & spirits. he is at this moment running about with his cousins bawling out ‘a merry Christmas’ and ‘a Christmas gift’” 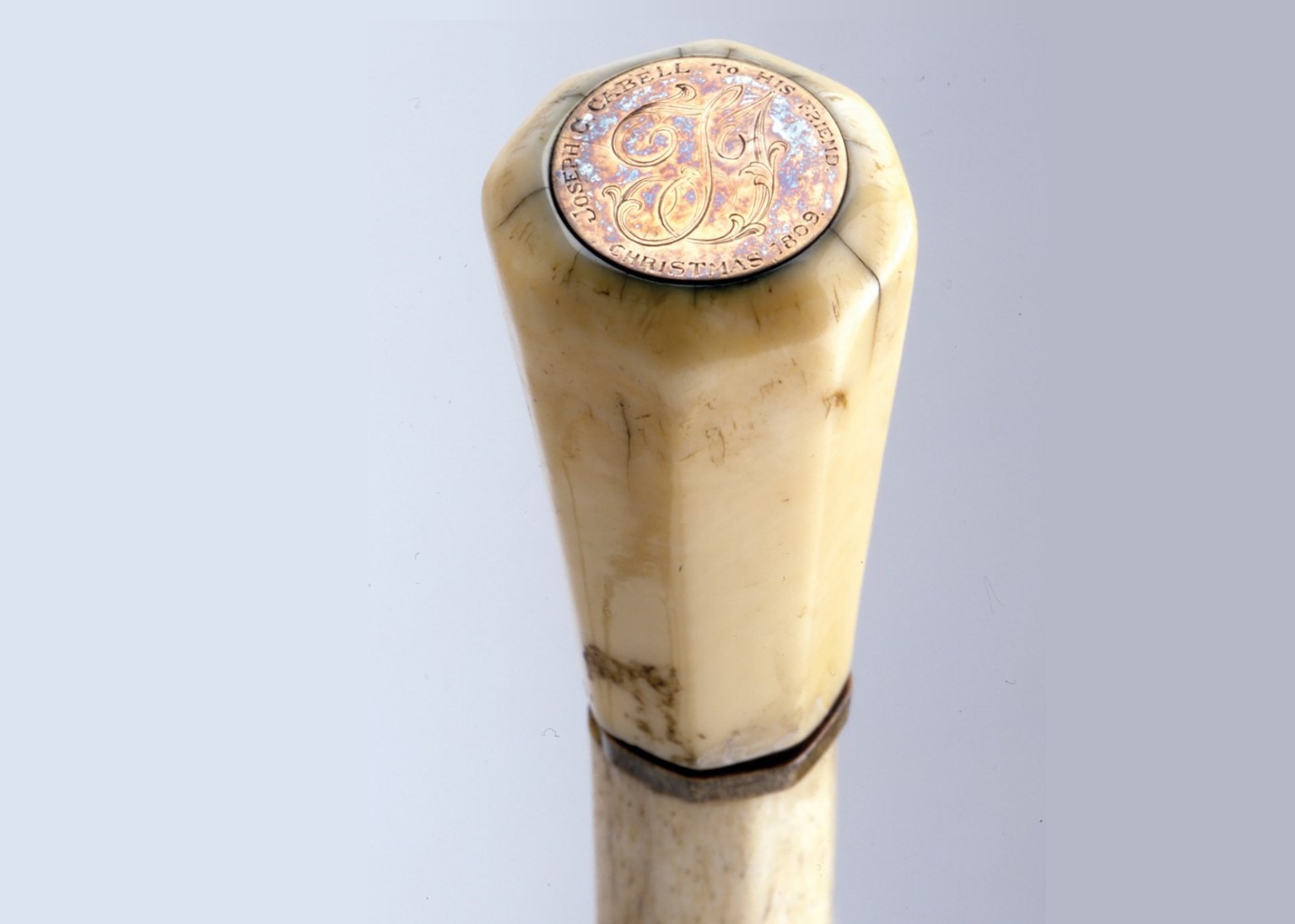 Jefferson received a holiday gift from his protégé, Joseph C. Cabell, who presented him a walking stick engraved "TJ" and "Joseph C. Cabell to his friend Christmas 1809." Cabell would later be a key ally in the founding of the University of Virginia, serving on the Board of Visitors for almost 40 years.

A Season for Reckoning

Not all holiday visits were social, as the year’s end brought a financial reckoning as well as annual contract negotiations with plantation overseers. In the cash and barter economy of Jefferson’s day, the quality of the harvest determined the prospects for the coming year. Jefferson’s Memorandum Books and letters contain numerous references to debts and credits due at Christmas. For those enslaved, these reckonings created uncertainty as human property was frequently bought, sold, or rented to settle accounts. 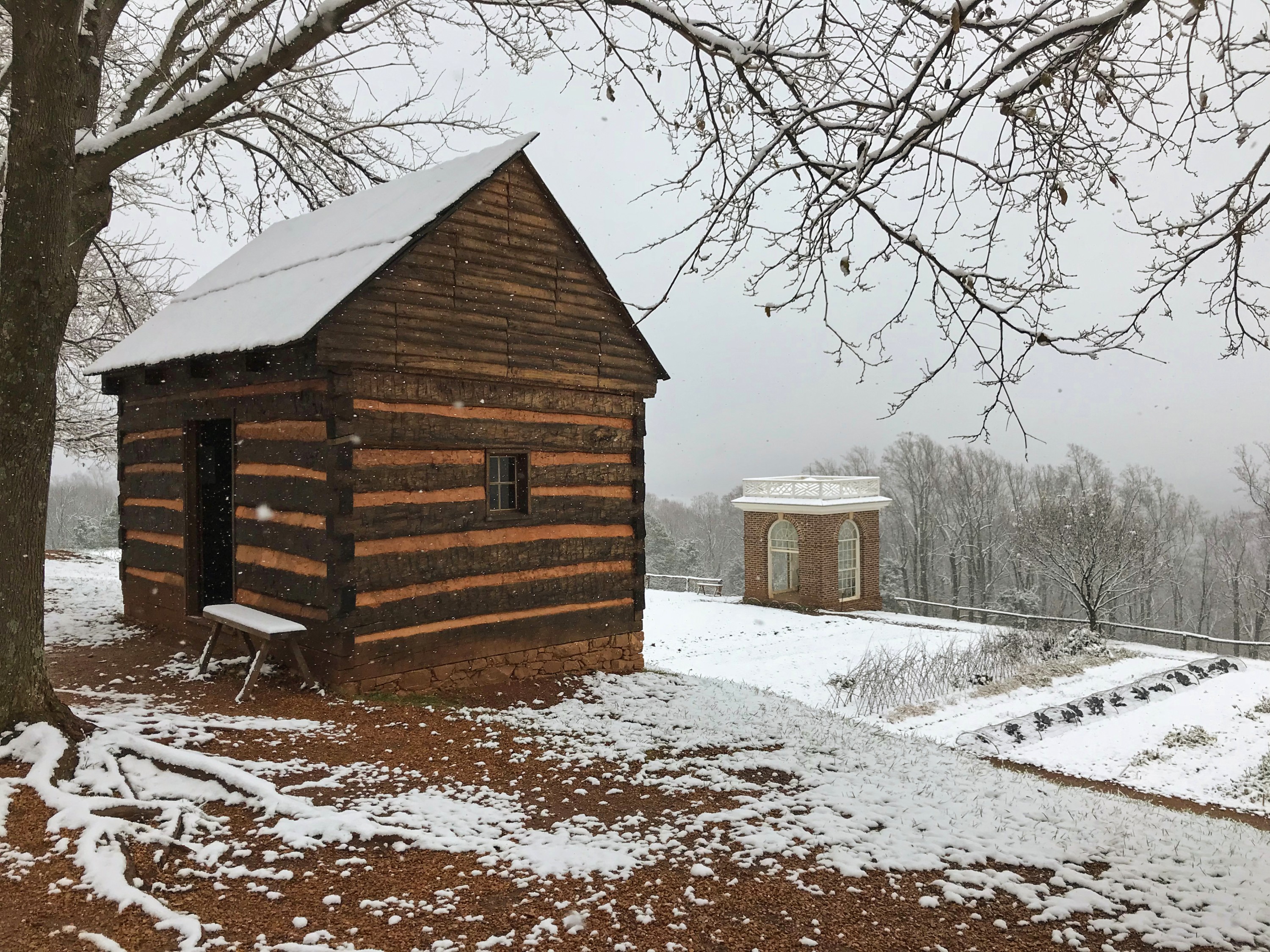 A Season for Reunion

For the enslaved community of Monticello, the holidays offered the possibility of reunions, both happy and sad.

On Christmas Eve 1794, Jefferson wrote, “I Thomas Jefferson … have manumitted and made free Robert Hemings,” enabling a lasting reunion between Robert Hemings and his wife Dolly who joined the free black community in Richmond. The first Hemings family member freed by Jefferson, Hemings maintained contact with Jefferson, reflected in an 1809 request for Hemings to send prepared oysters to Monticello for the new year. 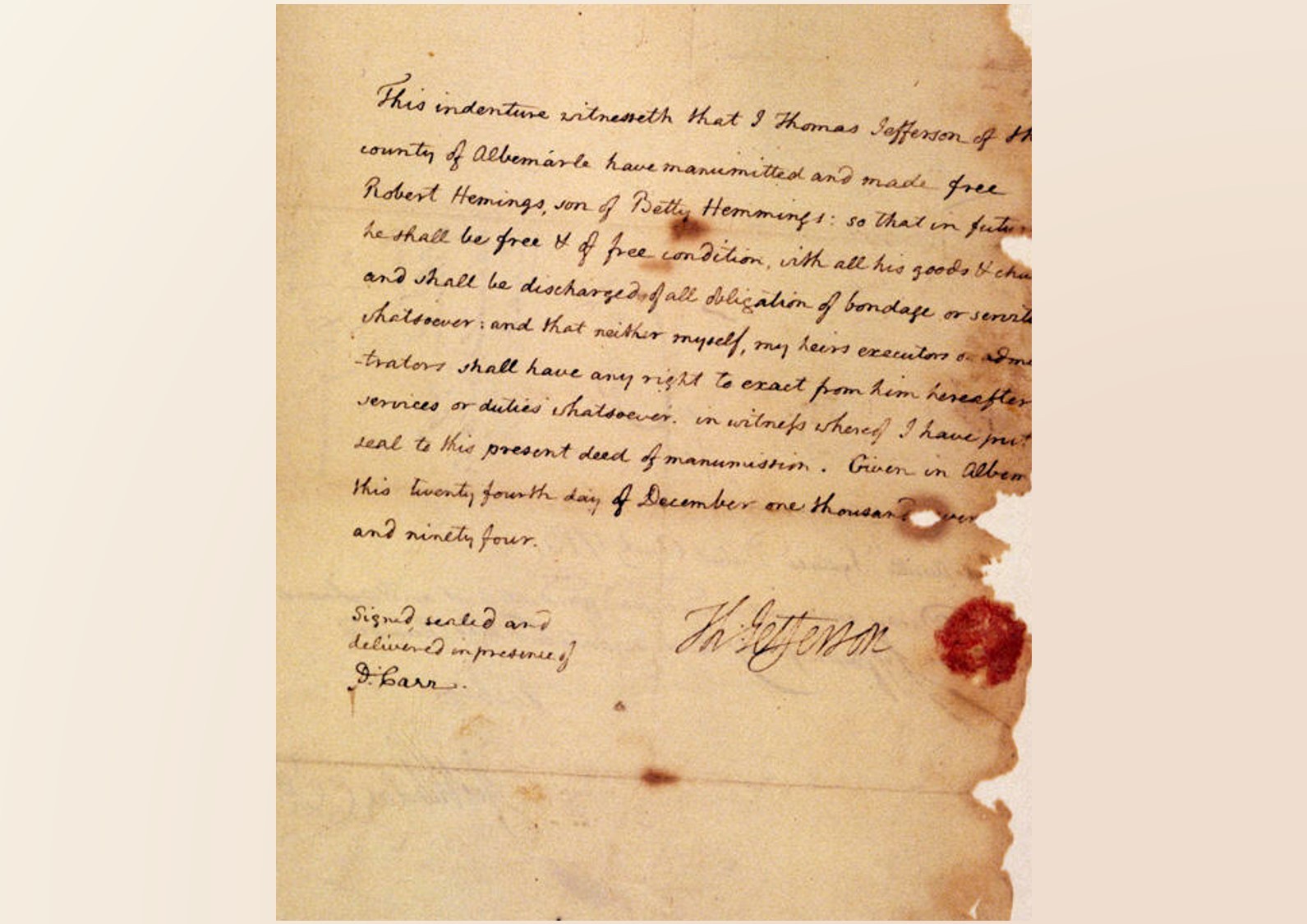 Writing overseer Edmund Bacon in 1808, “I approve of your permitting Davy to come at Christmas,” Jefferson allowed a reunion of mourning for Monticello wagoner and blacksmith David Hern, Jr. to see his wife Frances, enslaved as a White House cook, to grieve the loss of their infant daughter who died from whooping cough shortly after her birth in November. Among the many families Jefferson separated to support his lifestyle and plantation industries, the five-day Christmas reunion of David and Francis Hern was likely a time of preparing holiday feasts for Jefferson’s family and guests at the White House and consoling one another in the loss of their firstborn child.