Hyacinths are on the Stage

While we generally associate tulips with the peak of flower garden glory at Monticello, many bulb varieties are already gracing the borders with beauty and fragrance. Since early March the species French Roman Hyacinths have filled many beds with delightfully sweet clusters of blue, pink, and white blossoms. Now the blowsy, highly scented garden hyacinths, Hyacinthus orientalis varieties, are exploding on the scene.

Thomas Jefferson’s botanical observations were keen even at a young age. In 1766, while residing at Shadwell, his boyhood home, he started his Garden Book with the following entry: “Mar. 30. Purple hyacinth begins to bloom.” The following year he began charting the regularity of their blooming periods, noting that both the hyacinth and narcissus were flowering on March 23, a full week earlier.

By 1807, during the final years of his presidency, Jefferson was anxiously anticipating his retirement to Monticello, and to spending his remaining days with his family and in his gardens and farms. He detailed plans for his flower gardens in numerous memoranda to his overseer Edmund Bacon and in letters to his horticulturally minded granddaughter Ann Cary Randolph. On April 11, 1807 Jefferson arrived at Monticello for his usual spring visit, and before returning to Washington on May 13, he and enslaved gardener Wormley Hughes laid out oval and circular beds around the house. A wide selection of spring flowering annuals, perennials, and bulbous roots were planted, and one entire oval flower bed was designated for double pink, yellow, white, and blue hyacinths.

Philadelphia nurseryman Bernard McMahon was the primary source of seeds and plants for the Monticello gardens. In 1806 McMahon had sent Jefferson a first edition copy of his recently published book, The American Gardener’s Calendar, which proved to be an often-used reference. But the difficulties of sending and receiving nursery shipments in Jefferson’s era cannot be overestimated. Unlike today, when online orders can be placed with a keystroke, the early-nineteenth century gardener faced roadblocks and uncertainties at every step. Often Jefferson’s requests were received at the wrong season and delayed orders, especially of bulbs intended for fall planting, might arrive by late winter in less than optimum condition. 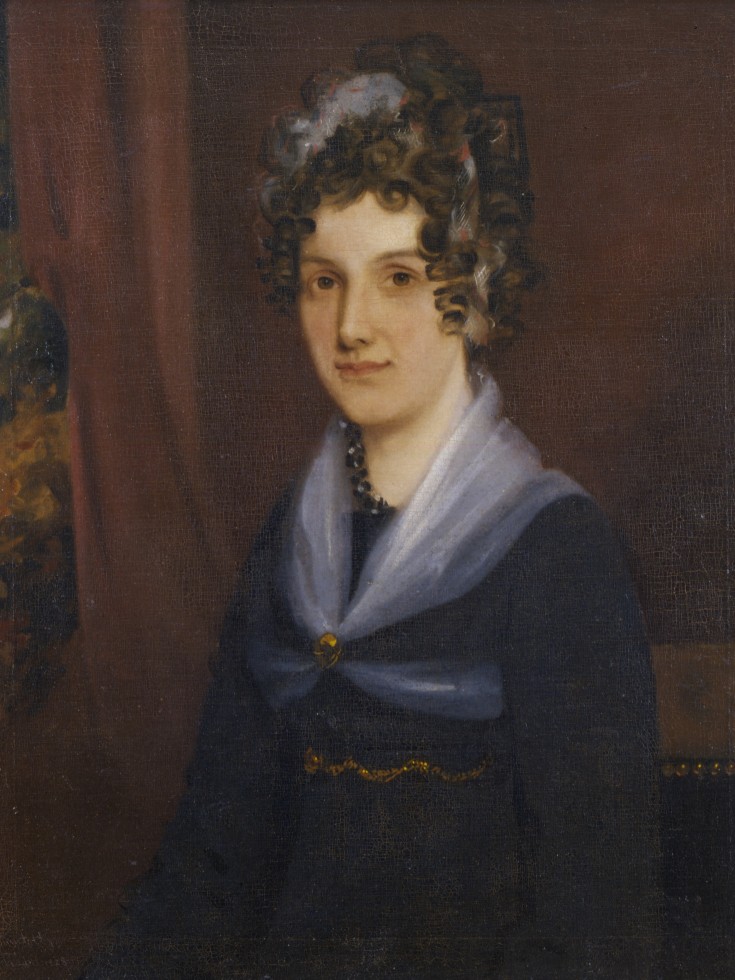 While still in Washington, President Jefferson’s correspondence with granddaughter Ann Cary Randolph gives us a captivating window into their shared gardening endeavors. Writing from nearby Edgehill, the Randolph family home, Ann Cary reports, “November 9 1807 My Dear Grand Papa…the tulips & Hyacinths I had planted before I left Monticello…had increased so much as to fill the beds quite full…” The following spring Ann Randolph writes to Jefferson in Washington “April 15 1808 … I have been twice to Monticello … the hyacinths were in bloom, they are superb ones. The Tulips are all bud[d]ing.” But then she adds the following: “neither the hyacinths nor Tulips grow as regularly this spring as they did the last. Wormley [Hughes] in taking them up left some small roots in the ground which have come up about in the bed & not in the rows with the others…” The occurrence of errant bulbs popping up is a common dilemma even now when Monticello’s gardeners annually dig and replant the flower beds with new hyacinth and tulip bulbs every fall. But Randolph’s observation reveals a further challenge that the nineteenth-century gardener faced to maintain rare and costly bulb varieties. If they were to retain their vigor, such bulbs had to be dug and stored during their summer dormancy. Today we have the luxury of purchasing fresh bulbs every year from Dutch suppliers.

Jefferson rarely specified beyond the genus of his bulbs, offering few clues as to the dozens of varieties he might have grown. Yet there is evidence of the sophistication of his taste when it comes to hyacinths, for he often sought the more highly developed florist types. In an 1812 order to McMahon, Jefferson requested double hyacinths in separate colors of pink, yellow, white, blue, and red. McMahon complied by sending “3 Double blue Hyacinths, named Alamode by the Dutch, remarkably early & proper for forcing.” These highly refined double hyacinths, as uncommon today as they were in Jefferson’s time, further reflect his desire for the finest, most fashionable of flowers.

In late May 1811, in a letter to his now married granddaughter Ann Cary (Randolph) Bankhead, Jefferson reflected on the natural sequences of nature, writing:

“… the flowers come forth like the belles of the day, have their short reign of beauty and splendour, and retire, like them, to the more interesting office of reproducing their like. The Hyacinths and Tulips are off the stage, the Irises are giving place to the Belladonnas, as these will to the Tuberoses, etc.….”

Soon the parade of flowering bulbs will end, but for now the stage is set for the first acts of spring.