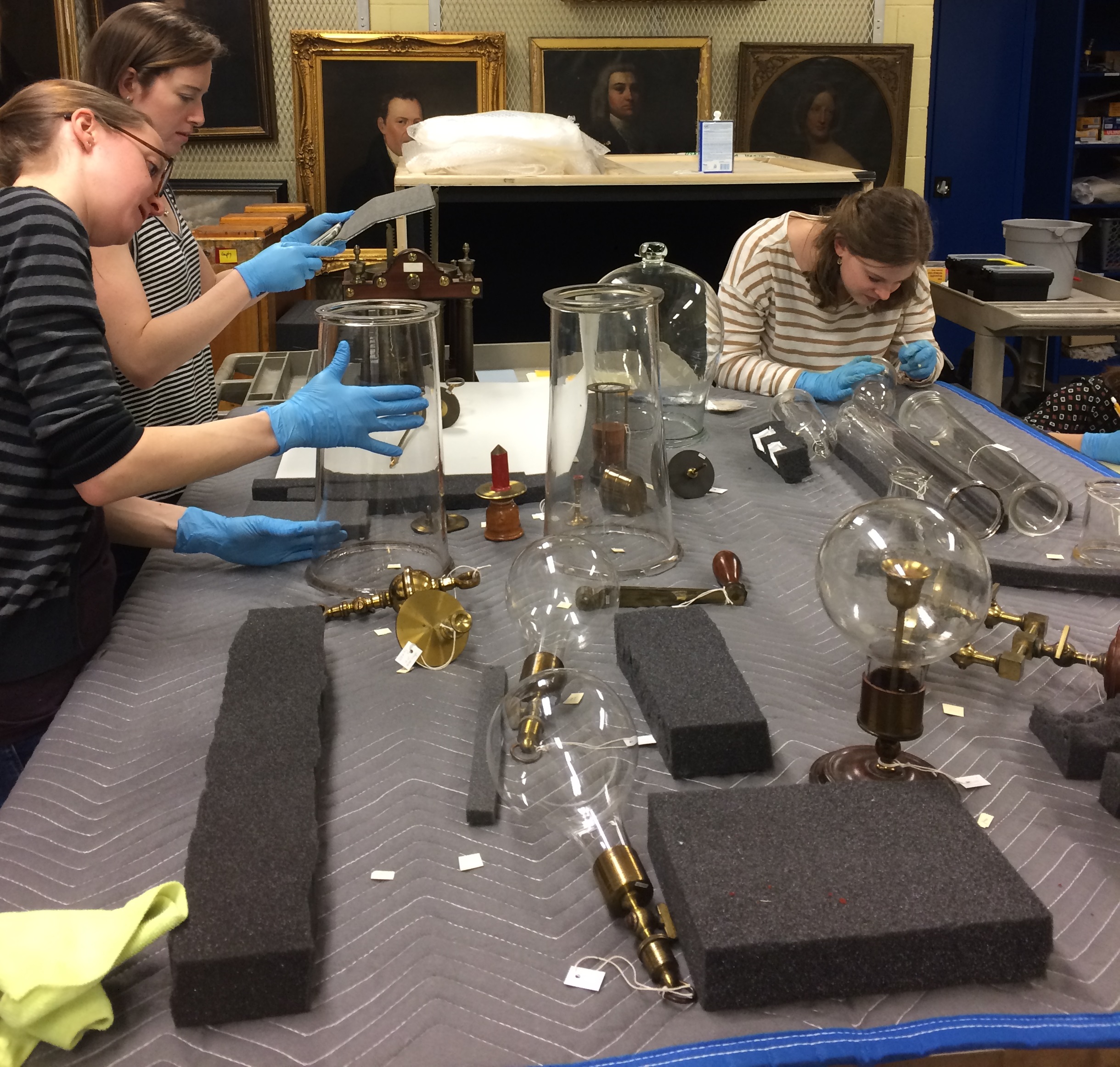 Before the era of Wii’s, Twitter, and Netflix, the Jefferson family entertained themselves with music, reading aloud, or scientific inquiry. As part of an ongoing campaign to restore Monticello’s interiors, curators recently acquired an air pump similar to Jefferson’s lost original. This early instrument, currently on display in the Parlor, closely approximates one Jefferson purchased in London in 1786. He paid the substantial price of £12 for the pump and additional accessories. Used for experiments with air pressure, vacuums, optics, and a host of other applications by scientists, and for demonstrations, air pumps were highly valued. An air pump appealed to Jefferson for a number of reasons. As a man of the Enlightenment, Jefferson believed that rational thought, observation, and useful knowledge were the keys to a sophisticated society. With the air pump, Jefferson could experiment with air pressure and vacuums, and he could bring it back to the United States to share with his countrymen and family.

Curators relied on the famous painting by Joseph Wright of Derby titled An Experiment on a Bird in the Air Pump (1768) to display the air pump and some of its accessories. In this scene, the scientist is about to pump air out of glass globe that contains a bird. The bird will temporarily pass out from lack of oxygen, but will reanimate once the air is quickly reintroduced into the glass. The witnesses, young and old, men and women, suggest an event embodying the balance of edification and social interaction characteristic of the Enlightenment. Displaying the air pump in the Parlor, rather than in Jefferson’s private suite, evokes simultaneous edification and delight. Jefferson may have presented dramatic and sublime demonstrations with the air pump, entertaining and educating his family and guests. Curators do not know exactly how Jefferson devised his experiments and demonstrations, but hope that his pet mockingbird Dick did not act as the guinea pig.