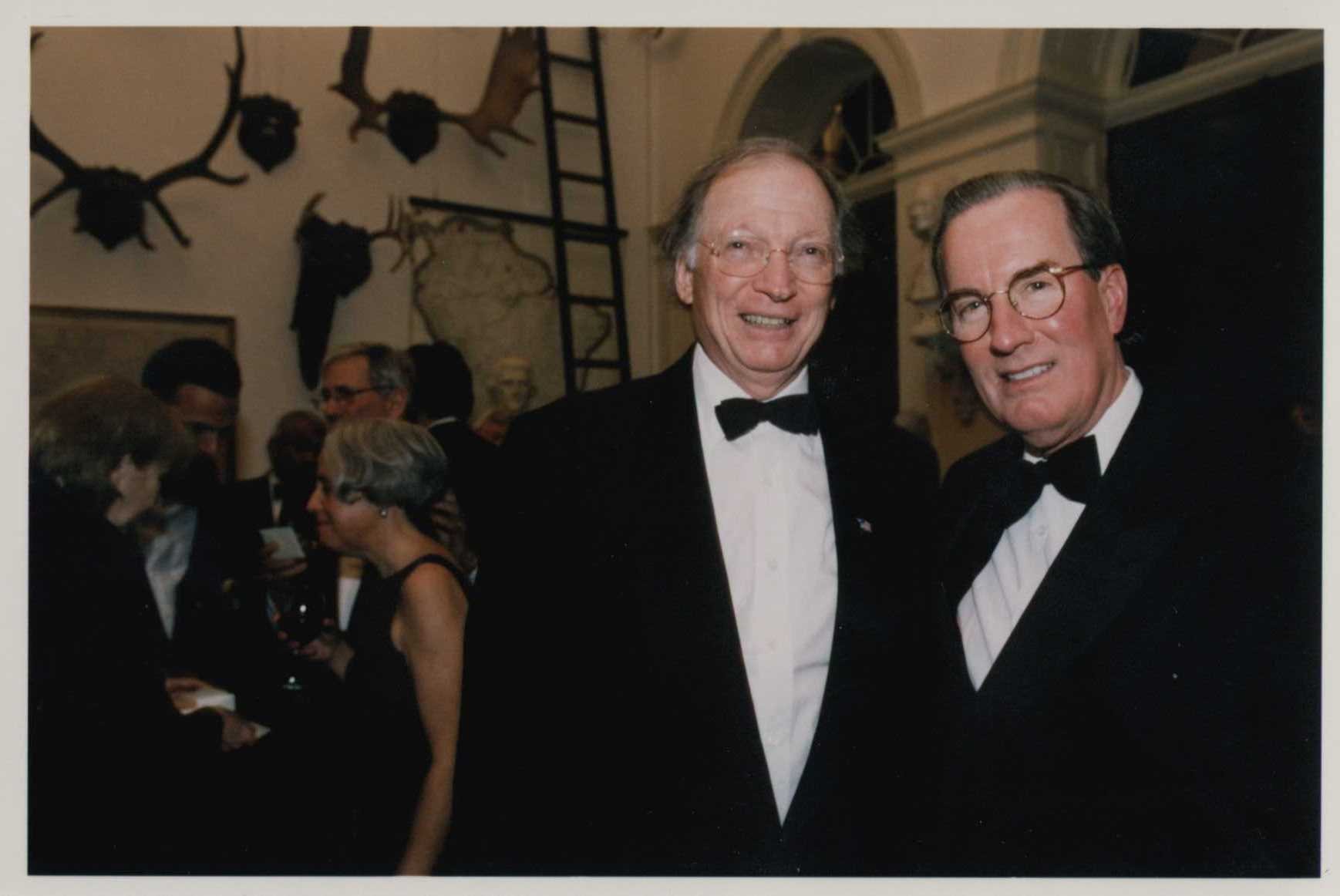 It is with heavy hearts that we share the passing of former Thomas Jefferson Foundation Trustee and Board Chairman, Thomas A. Saunders III.

Mr. Saunders provided critical support for scholarly efforts at Monticello. He and his wife, Jordan, endowed the position of Saunders Director of the Robert H. Smith International Center for Jefferson Studies, currently held by historian Andrew O’Shaughnessy. Mr. Saunders also provided essential support for the publication of the Papers of Thomas Jefferson: Retirement Series. To date, eighteen volumes have gone to print, aiding scholars around the world. 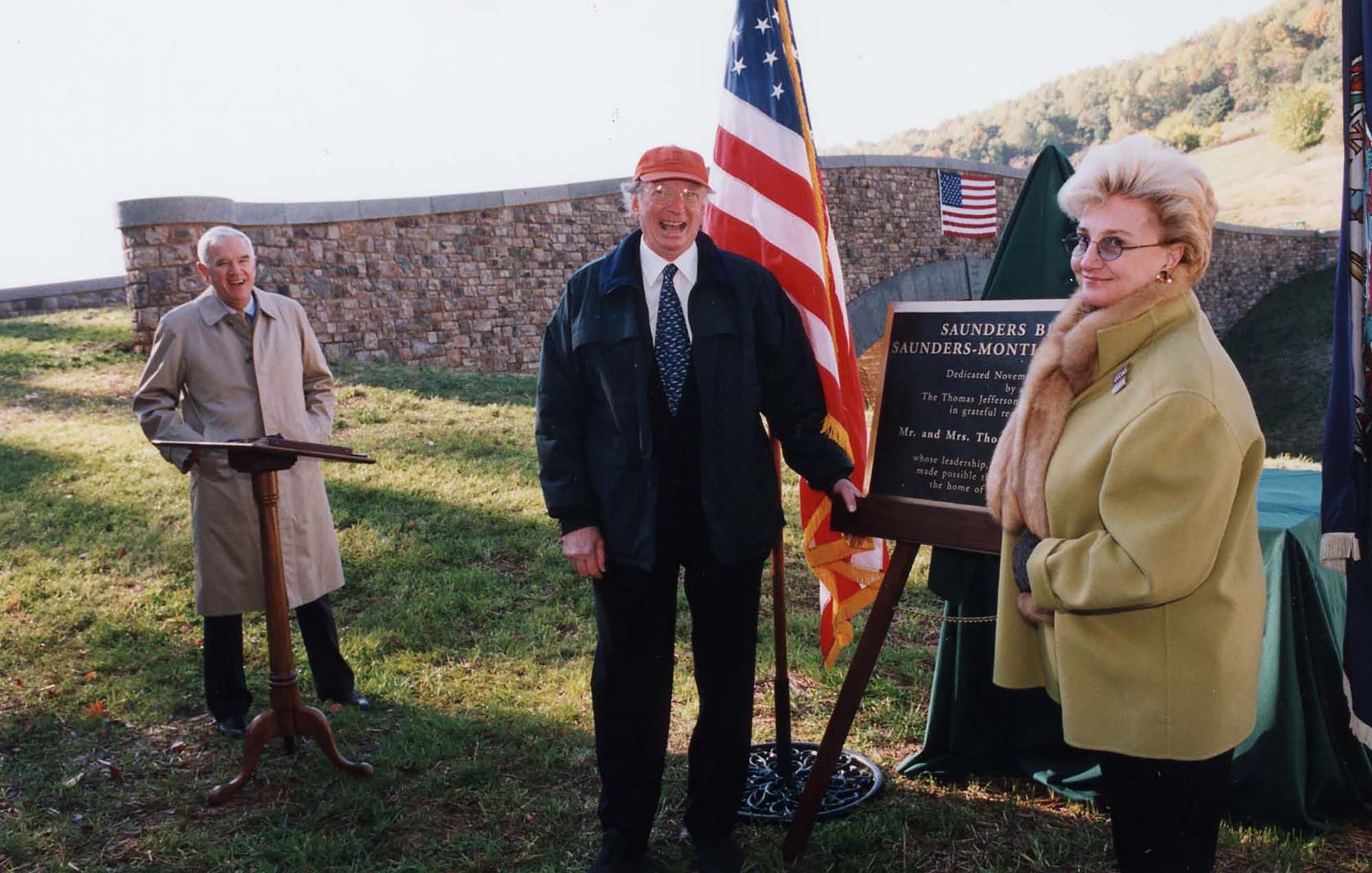 Mr. Saunders and wife Jordan at the plaque unveiling ceremony for the Saunders-Monticello Trail.

Numerous other initiatives at Monticello were made possible through Mr. Saunders’ generosity. Highlights include the completion of the Thomas Jefferson Parkway, the Saunders Bridge, and the Saunders-Monticello Trail. Today the Trail is one of the most popular hiking trails in central Virginia, hosting more than 150,000 walks annually. Mr. Saunders also provided support for the acquisition of Montalto, Thomas Jefferson’s “high mountain” property, overlooking Monticello.

“Mr. Saunders always valued and modeled vision, to the immeasurable benefit of Monticello,” said Leslie Greene Bowman, president of the Thomas Jefferson Foundation. “He continued to be a friend and advisor to us, and never ceased thinking about ways to advance our mission.”

We at Monticello are deeply grateful to Mr. Saunders for his longstanding and generous support. We mourn his passing and offer condolences to his family.