Join the Robert H. Smith International Center for Jefferson Studies at Monticello for a virtual Fellow's Forum with Mark Alan Mattes, Assistant Professor of English at the University of Louisville.

The Cayuga Native American known as Logan was a key participant in Dunmore’s War (1774), a conflict among Virginians, Shawnee people, and Haudenosaunee migrants to the Ohio Valley. Settler accounts such as Jefferson’s Notes on the State of Virginia focus on Logan’s famed eighteenth-century oration, “Logan’s Lament,” constructing Logan as a noble savage and vanishing Indian. This presentation decolonizes such accounts by considering a once-living memorial on Shawnee land near Circleville, Ohio, the Logan Elm, which nineteenth-century settlers identified as the site of Logan’s speech. Drawing upon scholarship on Indigenous historical media, Mark Alan Mattes first considers settler apocrypha about Logan, including Jefferson’s book, historical society publications, and the built environment surrounding the Logan Elm. Then, he discusses how Indigenous people challenge the genocidal implications of these stories, drawing upon 18th Century histories of war inscribed on letters and war clubs, as well as 21st Century interpretations of a replanted elm tree by members of the Seneca Cayuga Nation. These Indigenous memories, materially rooted in the sacred and political significance of weapons and trees in the founding of the Haudenosaunee Confederacy and the oral tradition of the Haudenosaunee Constitution, figure Logan's words and deeds as parts of an ongoing Indigenous history of “survivance” (Vizenor 1994). 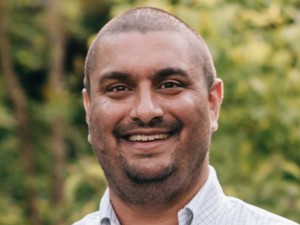 Mark Alan Mattes is Assistant Professor of English at the University of Louisville. His writing appears in Early American Literature, Early American Studies, Ohio Valley History, and elsewhere. He is the editor of Handwriting in Early America: A Media History, forthcoming from the University of Massachusetts Press. This presentation draws upon his monograph research for Archival Apocrypha: Indigenous Writing and the Figure of Logan in Colonial and Native American History.