According to biographer Dumas Malone, Thomas Jefferson, on assuming the presidency in March 1801, "made a special point of harmony" in appointing the members of his first cabinet.1

James Madison, Jefferson's closest political friend and staunchest ally, was named secretary of state. A fellow Virginian who had served in the Virginia General Assembly and the Continental Congress, Madison strongly influenced the formation and ratification of the Constitution, and as a member of the House of Representatives sponsored the Bill of Rights. Madison succeeded Jefferson as president in 1809.

Albert Gallatin, a native of Switzerland, was Jefferson's secretary of the treasury. A Revolutionary War veteran, Gallatin served three terms as a congressman from Pennsylvania before being appointed to the cabinet. He remained treasury secretary under Madison, serving until 1814, and later was minister to France and Great Britain.

Jefferson's secretary of war was Henry Dearborn, a New Hampshire native who as a Revolutionary War officer fought at Bunker Hill, Quebec, and Yorktown. The U.S. marshal for Maine (then part of Massachusetts) and a two-term congressman before becoming secretary of war, he later served as senior major general of the U.S. Army and minister to Portugal. 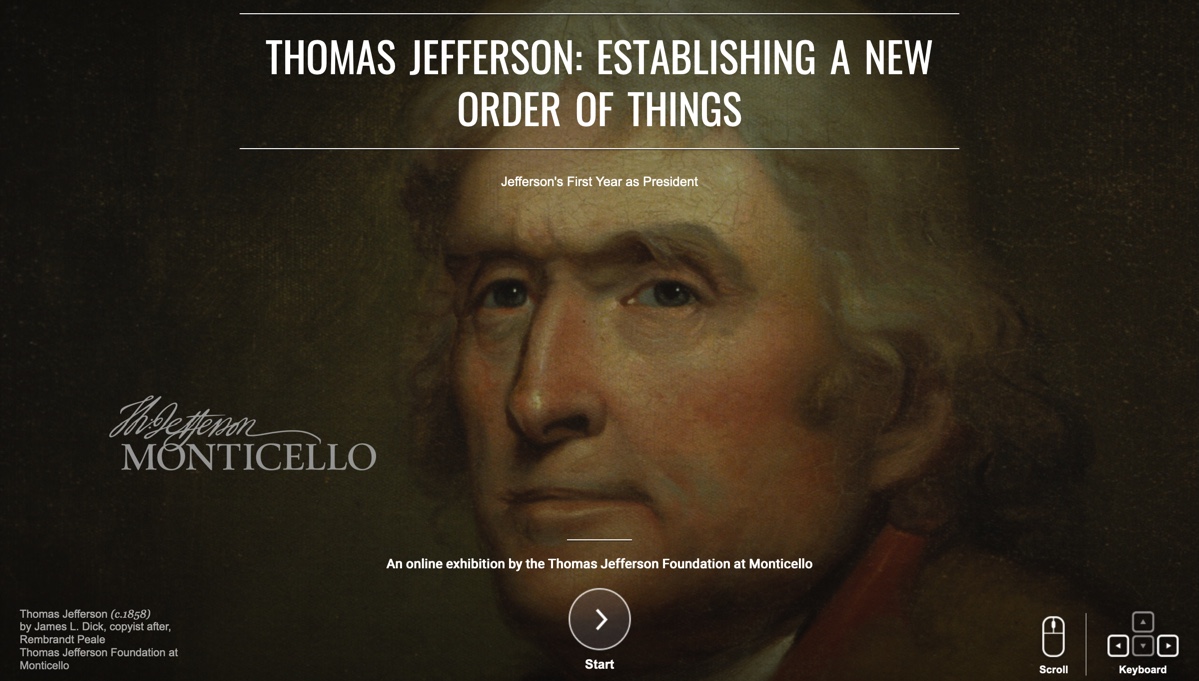 The attorney general was Levi Lincoln of Massachusetts, a member of the bar since 1775. A minuteman during the Revolution, Lincoln was elected to both houses of the Massachusetts legislature and the U.S. House. He later became governor of Massachusetts and turned down an appointment to the U.S. Supreme Court.

Robert Smith of Maryland was Jefferson's secretary of the navy. A prominent attorney, he was active in state politics and was elected to the Baltimore City Council and both houses of the Maryland legislature. He was Madison's secretary of state until being forced out of the position in 1811.

Vice president Aaron Burr was not part of Jefferson's inner circle. There is no strong evidence that Burr actively sought Federalist support during the House balloting for president in 1801, but many Republicans doubted his loyalty. Though Burr said he was willing to serve the administration's goals, Jefferson did not consult him on appointments or policy decisions.