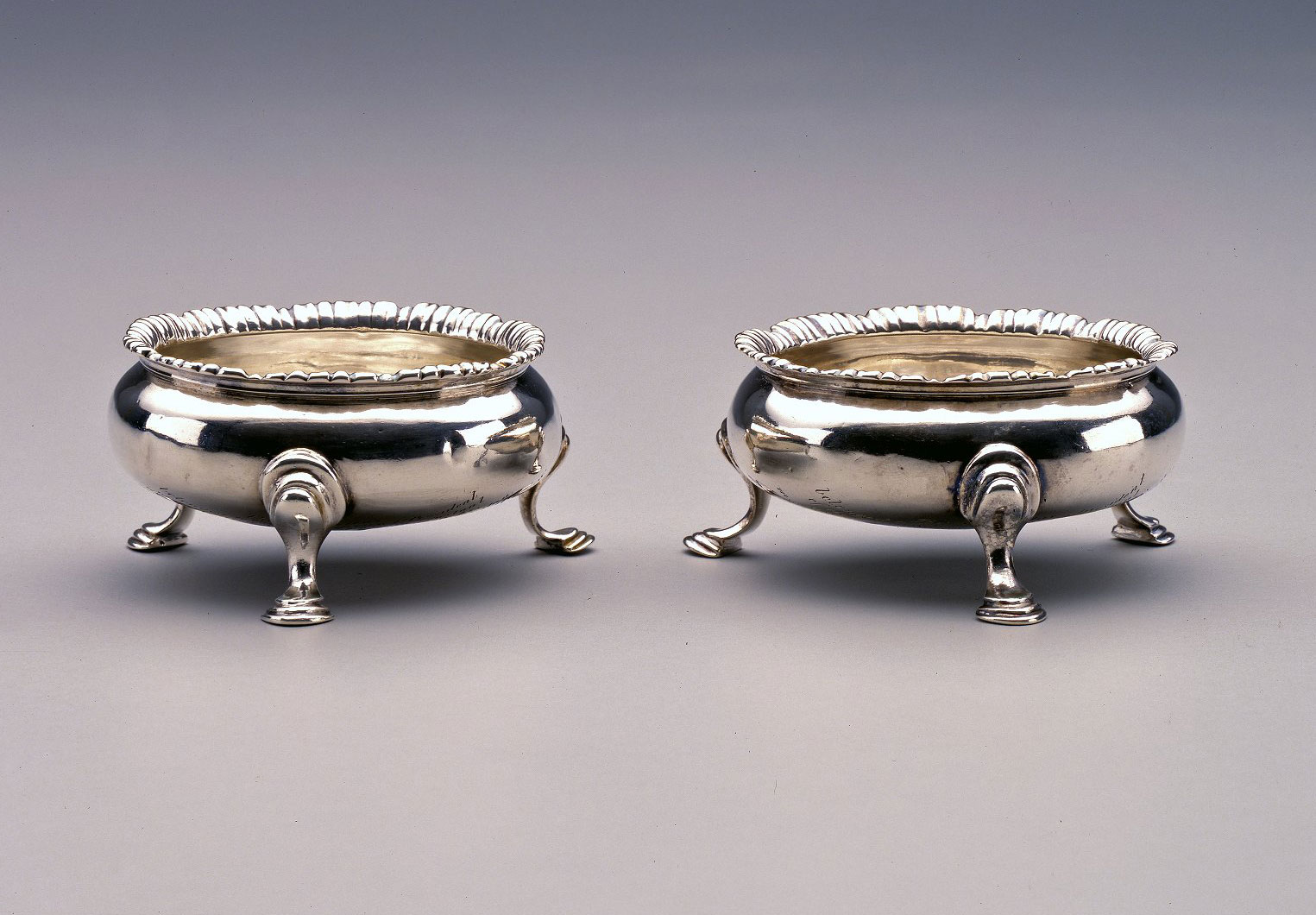 Historical Notes: When Thomas Jefferson married the young widow Martha Wayles Skelton in January 1772, she brought to their household a number of items acquired during her first marriage to Bathurst Skelton, 1766-68. On January 18, 1772, Jefferson made a list in his Fee Book, "By sundry European goods on hand at the death of B. Skelton & taken by me." The list mentions many household items, including one silver ladle, one dozen tablespoons, one dozen teaspoons, two pairs "gaderoon salts" with four glass liners and four "salt shovels."1

The surviving silver from the Skelton estate is the work of at least three London silversmiths. The pair of circular tripod salts with gadrooned and scalloped rims was made in 1768/69 by Elizabeth Muns, a smallworker whose only mark was entered in the London registry that same year. The silver must have arrived in Virginia shortly before or just after Bathurst Skelton's death in October 1768. The salts are engraved with the block letters "BMS" for Bathurst and Martha Skelton.

With such ornamental features as shells, gadrooning, and cabriole legs, the Skelton silver is typical of the Rococo style that was popular in America in the third quarter of the eighteenth century. These are some of the few items in the Rococo taste that Jefferson kept at Monticello throughout his lifetime. While he had other pieces of old silver melted down and formed into Neoclassical objects more to his liking, the Skelton items were saved, perhaps for sentimental reasons. In the safekeeping of Martha Jefferson Randolph, they appeared in part on two lists she made of Monticello silver. On her "housewife list," c. 1823, are "9 twist handle tea spoons."2 About 1833 she made another inventory of silver packed in a pine chest. This sheet was pasted to the inside of the chest's lid, and among the 135 pieces included were "4 salt cellars" and "4 salt spoons, 1 broken," plus two ladles, thirteen English tablespoons, and a number of teaspoons.3