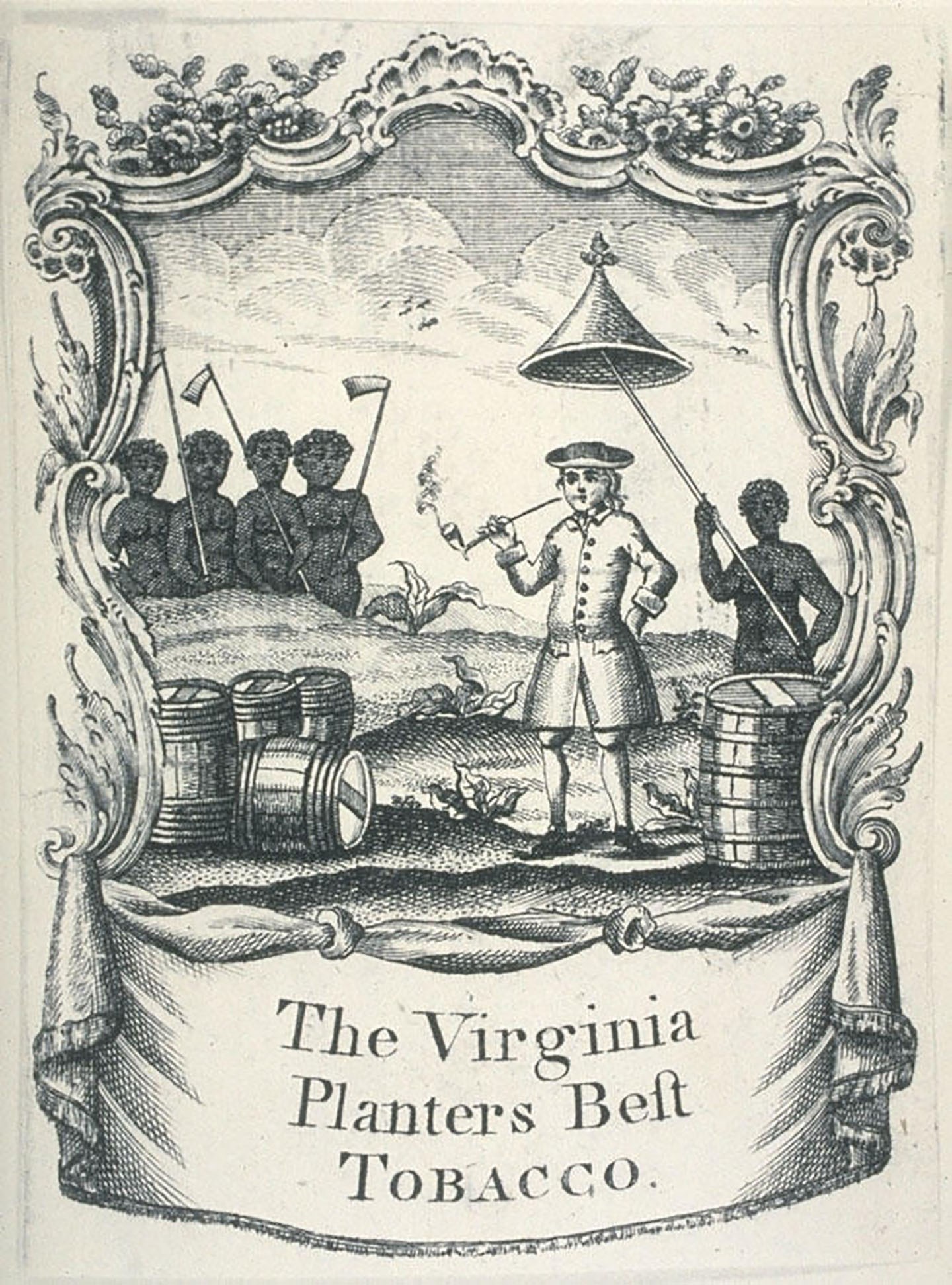 The domestic and international economy played a conspicuous role in shaping the lives and work of enslaved people at Monticello.

Jefferson diversified his agricultural holdings beginning in the 1790s as a result of soil exhaustion and the decline of tobacco prices in the world market.  With a population boom and war in Europe, wheat prices skyrocketed, leading many American planters to experiment with the crop.  Jefferson introduced wheat as his new staple crop and projected source of profit.  As a plant that demanded less intensive cultivation than tobacco, wheat allowed enslaved people to devote time to other plantation projects: raising other crops, tending livestock, and learning skilled trades.

The market often dictated the types of trades that enslaved people learned.  Jefferson established a nail-making enterprise in 1794, believing that his nailery could supply the rising demand for nails in local and regional areas.  Although initially profitable, the nailery soon faced stiff competition from cheap imported British nails and eventually languished.  During the War of 1812, when it became nearly impossible to buy British cloth, Jefferson established a textile enterprise on his plantation.  The enslaved weavers and spinners on Mulberry Row generated enough wool and cotton cloth for as many as 140 enslaved men, women, and children on the plantation. 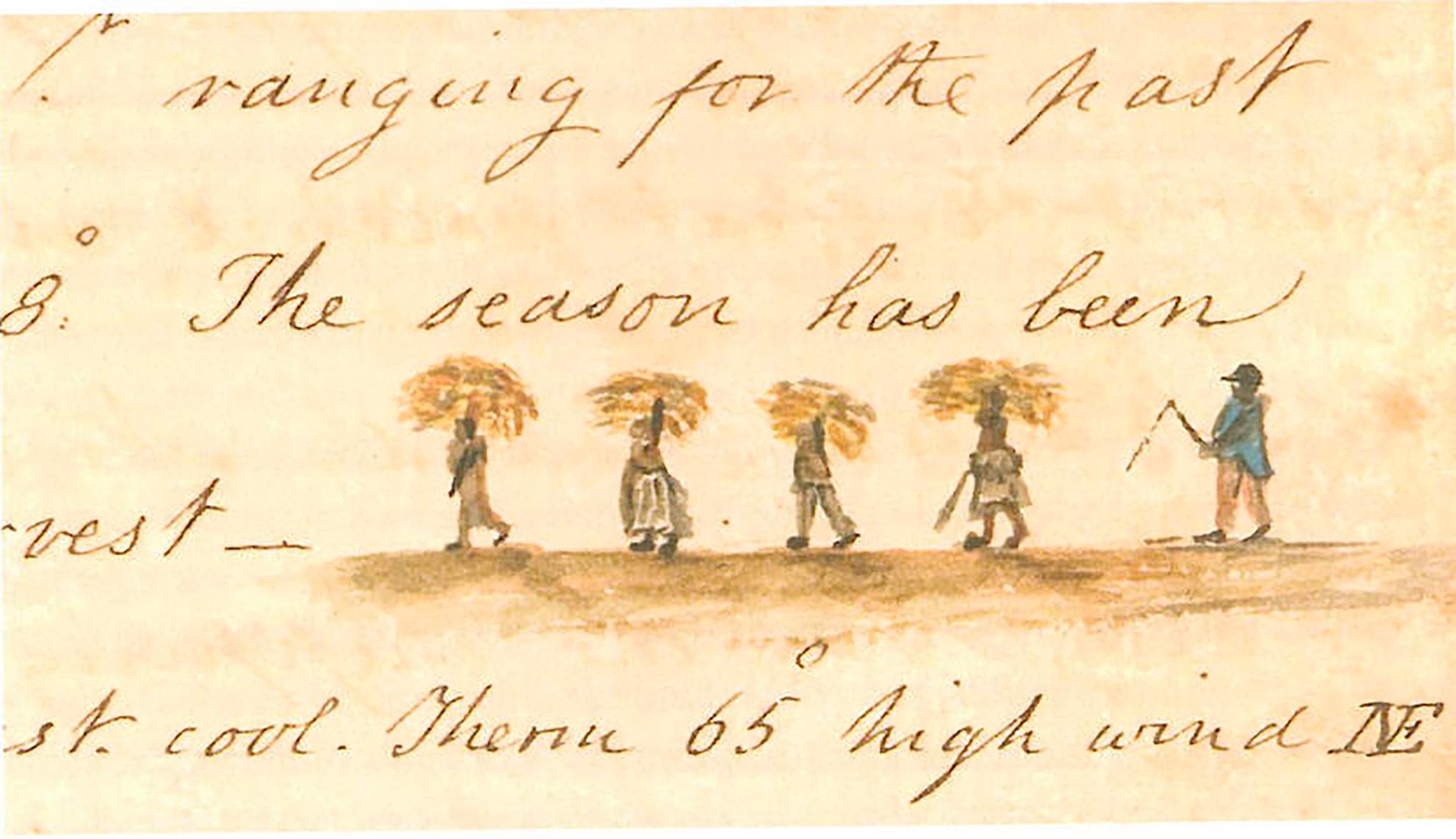 The rise in the transatlantic exchange of material goods—the “consumer revolution”—had a decisive impact on enslaved people at Monticello.  Working on their own time beyond their regular working hours, slaves earned money by selling garden produce, poultry, eggs, and crafts produced on their own time.  Enslaved men and women then used the money to buy imported goods from local merchants—tea, coffee, colorful cloth, buttons, fine ceramics, and other tablewares. Thousands of examples of what enslaved people possessed have been excavated and studied by Monticello staff archaeologists.

In Virginia, unlike the Caribbean, enslaved women achieved fertility rates that allowed for a self-reproducing slave population. Planters could satisfy the demand for slave labor without having to import slaves from Africa. Many slaveowners, including Jefferson, understood that female slaves—and their future children—represented the best means to increase the value of his holdings, what he called “capital.” "I consider a woman who brings a child every two years as more profitable than the best man of the farm," Jefferson remarked in 1820. "What she produces is an addition to the capital, while his labors disappear in mere consumption." An enslaved couple, Minerva and Bagwell Granger, came close to fulfilling Jefferson's disturbing calculation; they had nine children between 1787 and 1810.

Many enslaved men and women sold produce and poultry raised during their free time to the Jefferson family as a means of earning money. In 1775, Aggy and Cate, two enslaved field hands at Shadwell, arrived at Jefferson’s house to sell their poultry. In exchange for a pullet and two chickens, Jefferson gave each of the women a silver coin called a Spanish bit, worth 12 ½ cents.

Jefferson began to shift from tobacco to wheat cultivation in the early 1790s after predicting that wheat prices would soar while tobacco prices declined in the world market. Jefferson calculated that a looming “civil war in England” and “a very general war throughout Europe” would cause France to “open her colonies to our commerce” and ensure “a great price for our wheat for years to come.” Although civil war never broke out in England, the French Revolution and a European population boom raised the price of wheat.  Wheat continued to be the main cash crop at Monticello until Jefferson’s death, though tobacco remained the primary crop at Poplar Forest, his plantation in Bedford County, Virginia.