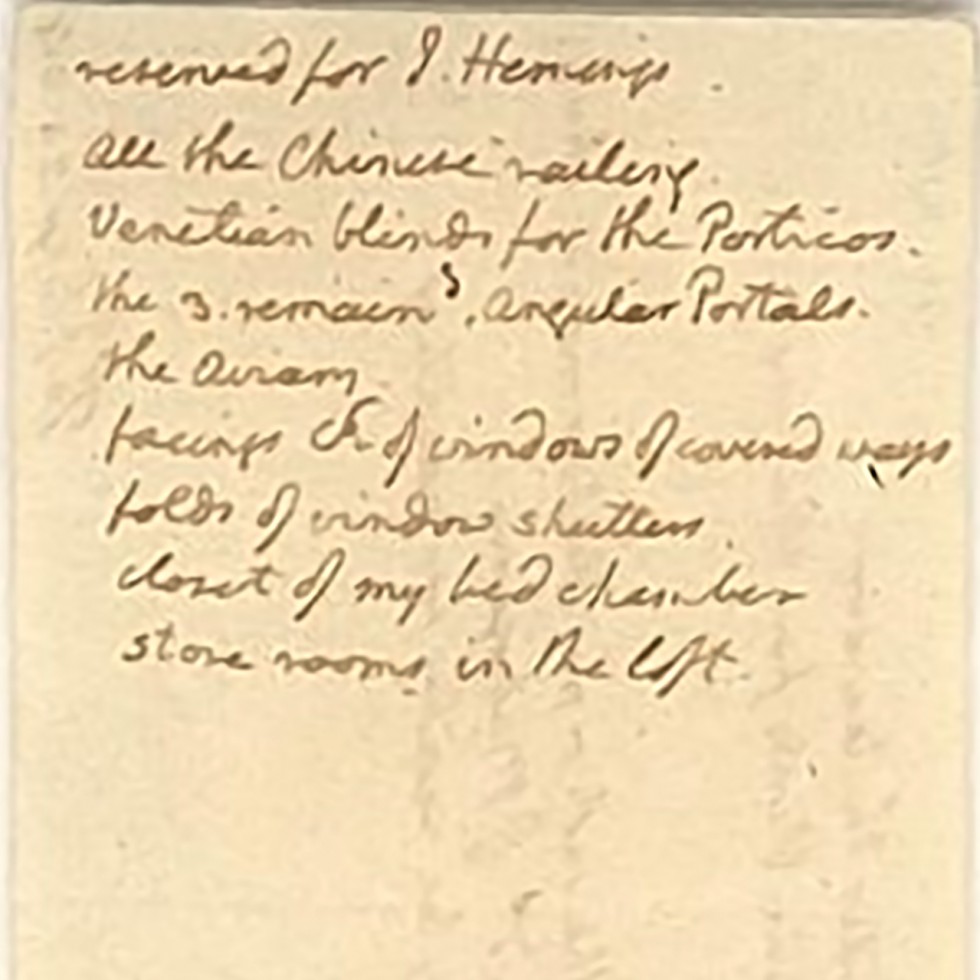 A joiner shaped and then joined pieces of wood for the fittings of a house or furniture. John Hemmings, like his fellow joiners, began his work with pine, poplar, cherry, beech, walnut, chestnut, locust, or oak planks that had been dried in the carpenter’s shop.  He used hand planes—block-like tools that contained thin, sharp blades—to shave off thin strips of wood in order to shape the timber and make it smooth. To make balusters or newel posts, he also used a foot-powered lathe to spin the piece of wood while he used chisels, rasps, and files. Hemmings further shaped the wood by using pincers, pliers, vices, and screws. Then, without using nails, he joined the finished pieces together.