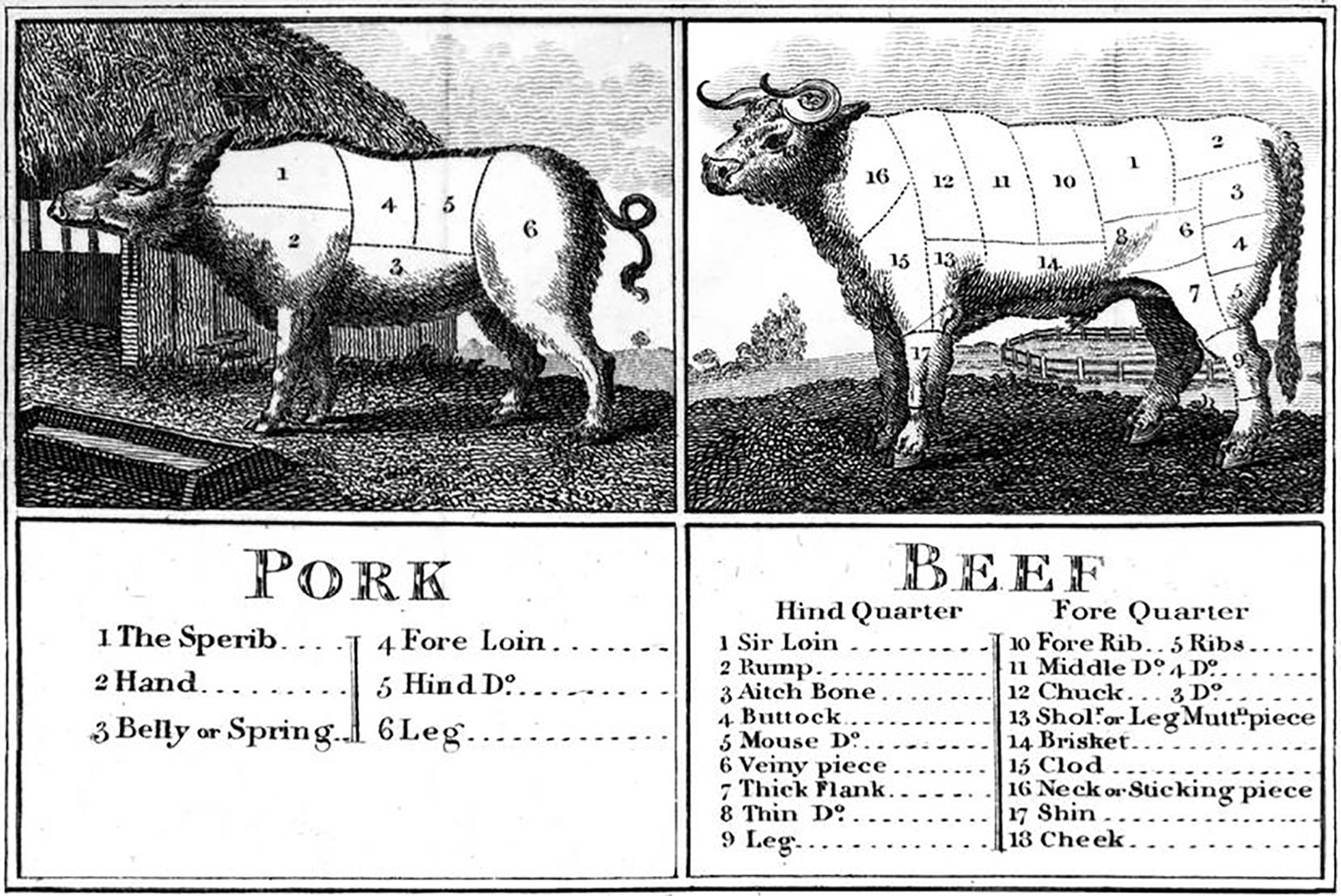 Ursula Granger and John (surname unknown), like others with their skills, dried and preserved butchered meat during the winter months.  First, John cut the meat into smaller pieces for hams, bacon, and salt pork.  Granger then covered the cuts of meat in salt, which dried and preserved them by drawing moisture out.  They hung the salted meat in the smokehouse near a low-burning hardwood fire.  The smoke from the fire continued to dry, cure, and flavor the meat.  This preserved pork, beef, mutton and fish was then rationed to slaves, hired workers, and Jefferson’s household.