“You know that nobody wishes more ardently to see an abolition not only of the trade but of the condition of slavery: and certainly nobody will be more willing to encounter every sacrifice for that object.” -Thomas Jefferson to Brissot de Warville, February 11, 1788

Early in his public life, Jefferson was one of the first statesmen anywhere to take action to end slavery.

In 1778 he introduced a Virginia law prohibiting the importation of enslaved Africans. In 1784 he proposed a ban on slavery in the Northwest Territory, new lands ceded by the British in 1783. 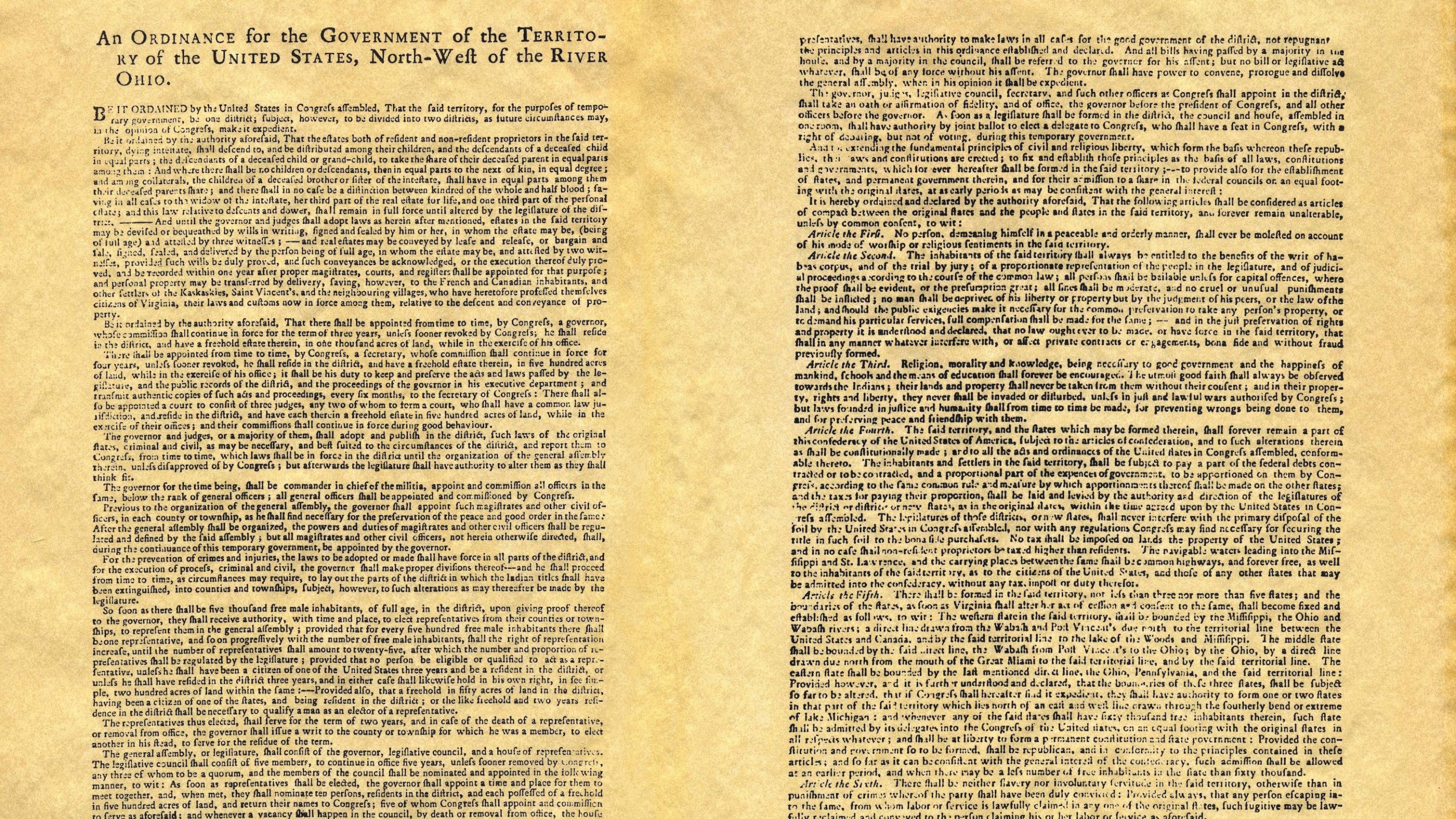 The Northwest Ordinance outlined the admitting of new states into the Union and outlawed slavery in territories northwest of Kentucky and Virginia up the Mississippi River.

In Notes on the State of Virginia, published in 1785, he proposed a plan of gradual emancipation. But after 1785, while still holding his belief in the injustice of slavery, he was publicly silent.