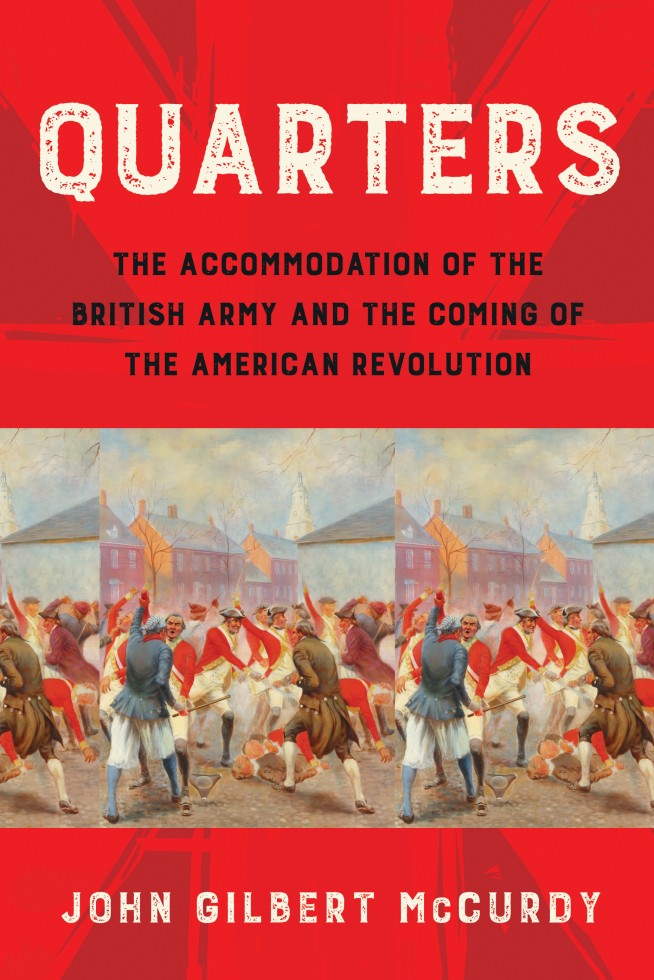 Join historian and author John Gilbert McCurdy as he discusses his new book, Quarters: The Accommodation of the British Army and the Coming of the American Revolution.

When Americans declared independence in 1776, they cited King George III “for quartering large bodies of armed troops among us.” In Quarters, John Gilbert McCurdy explores the social and political history behind this charge, offering the first authoritative account of the housing of British soldiers in America. Providing new interpretations and analysis of the Quartering Act of 1765, McCurdy sheds light on a misunderstood aspect of the American Revolution. Quarters unearths the vivid debate in eighteenth-century America over the meaning of place. It asks why the previously uncontroversial act of accommodating soldiers in one’s house became an unconstitutional act. In so doing, Quarters reveals new dimensions of the origins of Americans’ right to privacy. At the center of McCurdy’s book is the Quartering Act of 1765, a law that many historians mistakenly believe forced British soldiers into colonial houses. Quarters emphatically refutes this, explaining that the law expressly forbade the invasion of American homes. Above all, Quarters argues that the lessons of accommodating British troops outlasted the Revolutionary War, profoundly affecting American notions of place.

The talk will be at 4 p.m. on Thursday, March 5, 2020, in the parlor of Kenwood at the Robert H. Smith International Center for Jefferson Studies.  A book selling and signing will follow the talk.

John Gilbert McCurdy is Professor of History at Eastern Michigan University. He is the author of Citizen Bachelors.