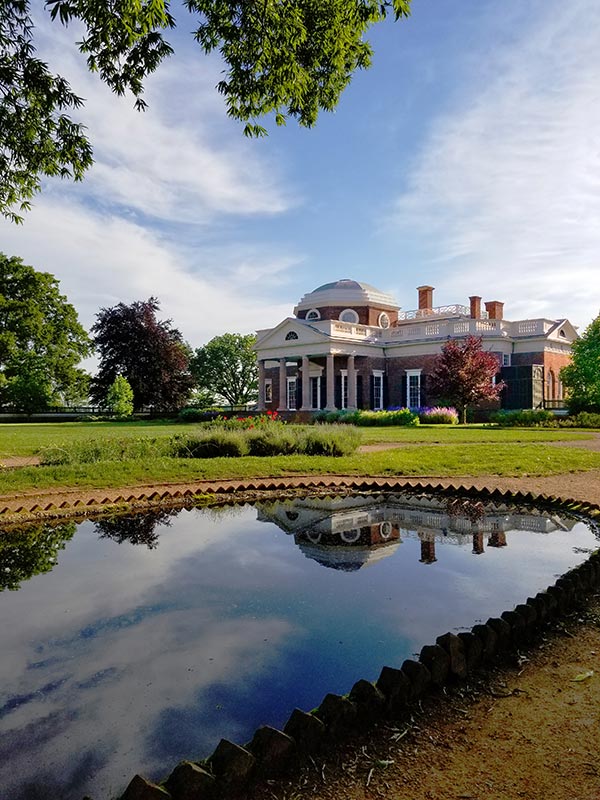 Thomas Jefferson must have tired of presidential life by January 1807, complaining to a friend that his was a life of "unceasing drudgery & daily loss of friends." With two years left to serve, Jefferson found comfort in dreaming of his retirement, and his thoughts turned to Monticello's flower garden and for the means to retain water and keep fish.

Jefferson designed garden beds, developed a planting scheme to keep flowers blooming throughout the growing season, and mapped out winding walks for his West Lawn. He also considered his need for water; Jefferson knew his mountaintop house was problematic because, given the shovel-and-pick technology of the day, it would be difficult to dig a well deep enough to obtain reliable water.

He excavated his first well in 1769; although with a depth of 66 feet, it often "failed" as Jefferson noted in his Memorandum Book. Water then had to be obtained from a spring further down the mountain. During the final stages of house construction, Jefferson addressed this problem by designing a system for catching rainwater on his two terraces that formed the roof over his dependencies. Beneath the boarded walkway, he devised a sophisticated under-roof designed to shunt runoff into four cisterns. But as ingenious as this solution was, it did not fully solve the problem. Even in his final years, Jefferson was looking for ways to waterproof the sides of his cisterns because they, like the well, would run dry in a drought. 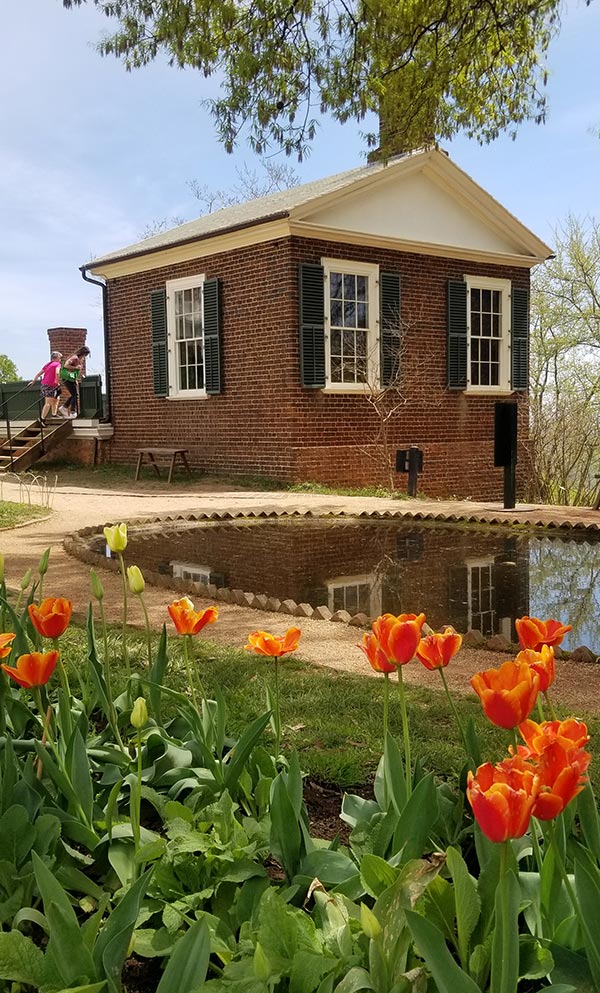 Jefferson also planned a pond for the West Lawn. In his earliest notes about Monticello's gardens, Jefferson envisioned a "fish pond to be visible from the house;" while his goal was a water feature to adorn the garden, the pond could also store water. A pond was built near the South Pavilion, a structure better known today as the "Honeymoon Cottage" (where he and his wife Martha first lived on the mountain). With typical precision, Jefferson recorded the pond's dimensions: "the fish pond near the S. pavilion is an Ellipsis 5. Yds. Wide, 10 yds. long = 40 sq. yds." The Garden Club of Virginia restored today's fish pond on the West Lawn in 1940, but whether the pond ever held fish is unknown. Jefferson paid enslaved workers for fish they caught and live fish may have been kept in the pond as it was near the kitchen.

Jefferson even decided to try fish farming. In 1805, he surveyed an area near his brickyard for ponds in which he could grow fish. Completed in 1812, Jefferson began soliciting fish for his ponds from friends, business associates, and his brother Randolph Jefferson. Jefferson's correspondence reflects the difficulty of obtaining the requisite number of fish. Typical of his efforts was a letter sent to his brother: "Supposing the shad season not to be quite over, and that in hauling for them they catch some carp, I send the bearer with a cart and cask to procure for me as many living carp as he can to stock my fishpond." Randolph Jefferson replied that he had no shad "at all" but would check with neighbors. Other problems included a July 1814 rainstorm that caused the pond to overflow, washing away the carp purchased the previous spring. Another time a shipment of fish died when the worker transporting them neglected to change their water overnight. 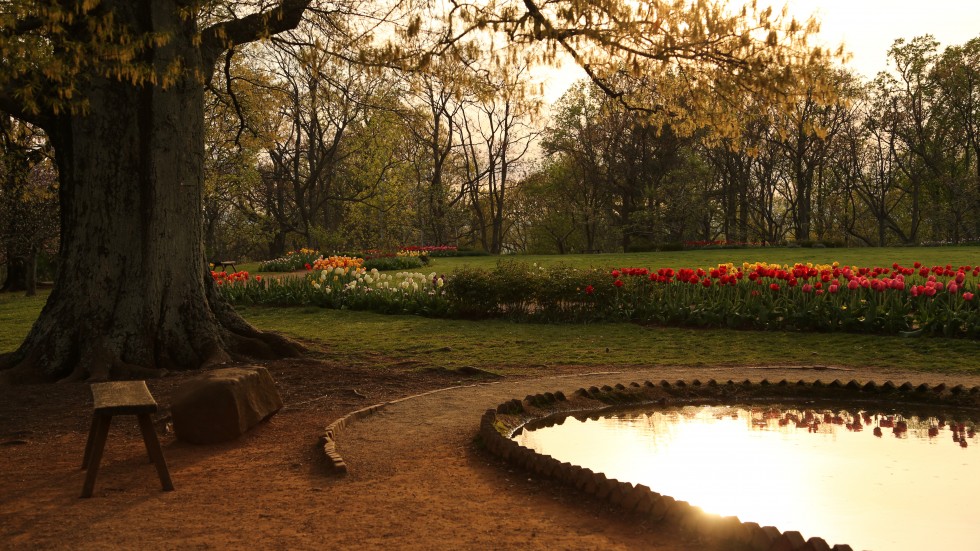 Other holding ponds were located elsewhere on the plantation and were specifically named for the type of fish they held, such as chub. Among Jefferson's many records is an 1819 notation stating, "the uppermost pond is for eels."

In providing water to the mountaintop, Jefferson demonstrated ingenuity and determination while fulfilling his two design themes of beauty and utility. Attempting to farm fish also reflects his restless ambition to try all things while rendering his plantation more self-sufficient.