Jefferson: the Scientist and Gardener

Thomas Jefferson was an astute observer of the natural world. The daily activities of sowing seeds, manuring asparagus, and harvesting peas between 1809 and 1826 are precisely recorded in his "Garden Kalendar," a part of his famous Garden Book. Jefferson was often the detached scientist in the Kalendar as he recorded that his Hotspur peas were "killed by frost Oct. 23," or that his yellow squash "came to nothing" in 1809. He could also record remarkable detail as in 1811 when he noted of his Asparagus beans that "2/3 pint sow a large square, rows 2 1/2 feet apart and 1 f. and 18 I. apart in the row, one half at each distance."

For Jefferson, the vegetable garden was a kind of laboratory where he could experiment with imported squashes and broccoli from Italy, beans and salsify collected by the Lewis and Clark expedition, figs from France, and peppers from Mexico. Although he would grow as many as twenty varieties of bean and fifteen types of English pea, his use of the scientific method selectively eliminated inferior types: "I am curious to select one or two of the best species or variety of every garden vegetable, and to reject all others from the garden to avoid the dangers of mixing or degeneracy." 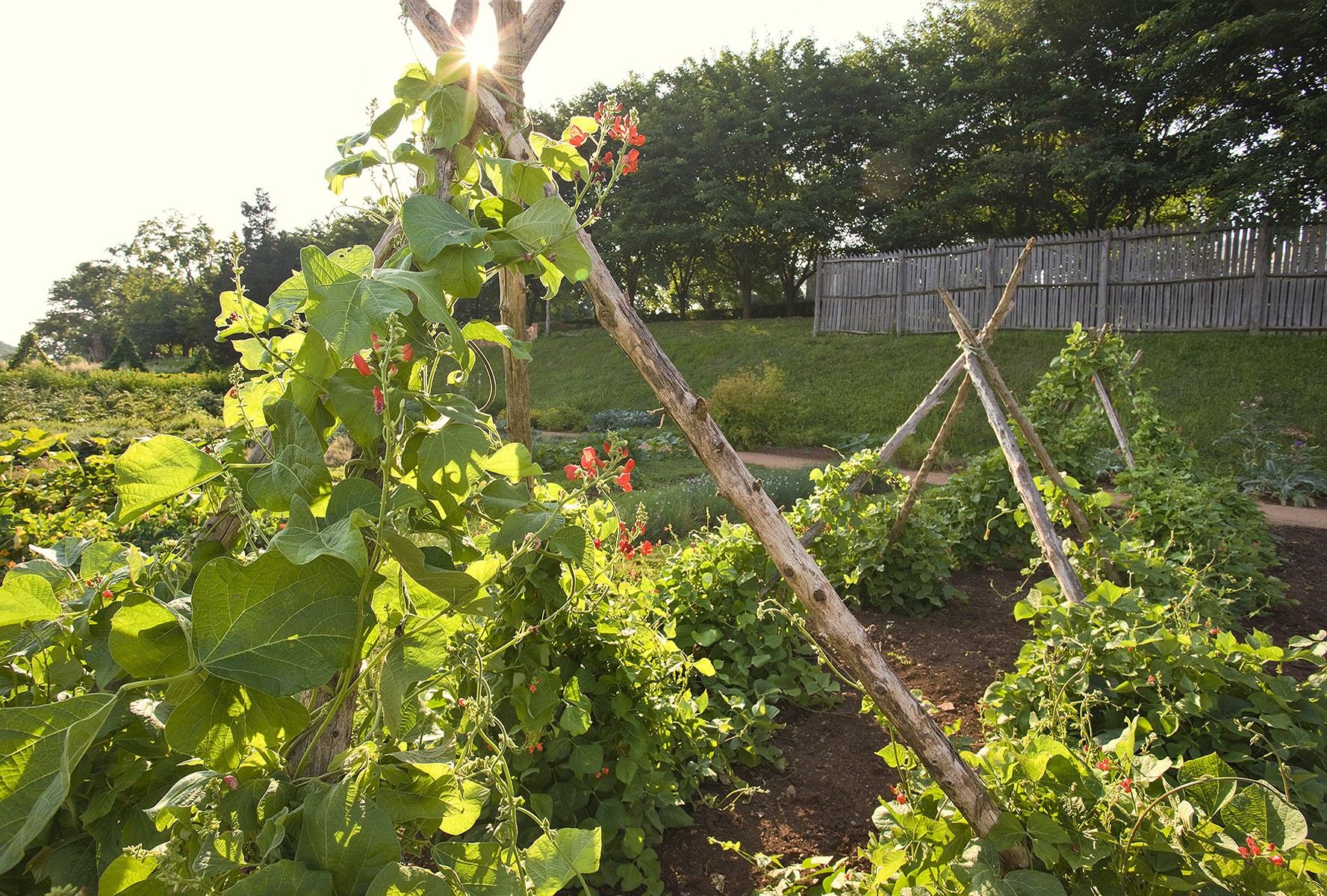 The garden was essentially a functional part of the plantation, with enslaved workers cultivating vegetables and fruits year-round to provide produce for the main house. Yet Jefferson occasionally incorporated ornamental features aside from the Garden Pavilion. He discussed planting an arbor of different flowering shades of the scarlet runner bean (shown at right), arranged adjacent rows of purple, white, and green sprouting broccoli, or even white and purple eggplant, and he bordered his tomato square with sesame or okra, a rather unusual juxtaposition of plant textures. Cherry trees were also planted along the "long, grass walk" of the garden to provide shade.

"I have lived temperately, eating little animal food, and that . . . as a condiment for the vegetables, which constitute my principal diet."

Salads were an important part of Jefferson's diet. He would note the planting of lettuce and radishes every two weeks through the growing season, grow interesting greens such as orach, corn salad, endive, and nasturtiums, and yearly plant sesame in order to manufacture a palatable salad oil. Although the English pea is considered his favorite vegetable, he also cherished figs, asparagus, French artichokes, and such "new" vegetables as tomatoes, eggplant, broccoli, and cauliflower. Among the more unusual plants grown at Monticello was sea kale (Crambe maritima), a perennial cabbage-like vegetable prized by Jefferson whose spring sprouts were blanched with clay pots, then cut and prepared like asparagus.