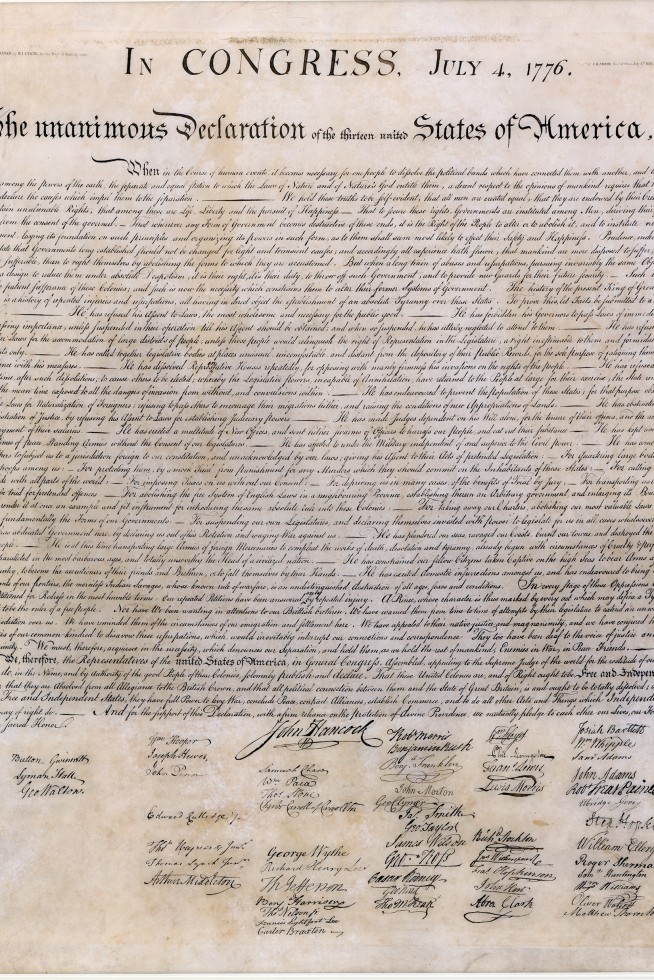 On issues of slavery and freedom, Jefferson looms large. He was at once the Enlightenment-driven radical who seized the moment to embed anything-but-self-evident ideas into the Declaration of Independence and someone who defied his own words as a lifelong slave owner.

His home, Monticello, embodies both his tireless commitment to our nation’s highest ideals and the stark distance between those ideals and the lived reality of millions — including the 607 people once enslaved on his plantations.

The United States, the commonwealth of Virginia, and the city of Charlottesville have a long and troubling history on race. People were owned here. Jim Crow prevailed here. And Charlottesville’s citizens of color, especially African Americans, bore the brunt of discrimination and pain.

It is precisely the duality of Jefferson’s legacy — his vision and his failure to enact it — that make him relevant today. Our past is populated with real people, not heroes on pedestals, and we study, value, and devalue those whom we deem most influential to our present and future.

Jefferson matters. He is crucial to understanding ourselves and our country, why we hold high self-evident truths and why we have yet to fully realize them.

It is our job at the Thomas Jefferson Foundation to reflect just how much our third president — with all of his strengths and fundamental flaws — is threaded through life in America. Monticello is part of that story. We have spent decades engaging with Jefferson’s complicated legacy and promoting greater understanding and dialogue with our visitors. We have worked with descendants of Monticello’s enslaved community — through the Getting Word project — to record and tell their stories. We’ve built new spaces, restored old ones, and recently installed an exhibit on Sally Hemings in the room where she lived. Because she, like everyone who lived and labored here, matters too.

We all know that Jefferson, like most of his white contemporaries, did not envision a nation where people of color or women or Native Americans would live with him as equals. The ideals of universal rights collided with real limits in the prejudices of early America. But as an early and ardent voice for freedom of conscience, he fought for the passage of his Virginia Statute for Religious Liberty, the basis for our First Amendment protections of religious liberty and freedom of conscience. He did not view religious liberty as the purview of white males. Jefferson’s advocacy for individual freedom, for equality before the law, for freedom of conscience and for public education (embodied in his founding of the University of Virginia, the first major secular university) were the tools that women used to demand the right to vote; that African Americans used, over a century later, to demand freedom, equality, and dignity; and that religious minorities have used to defend the practice of their faiths.

Jefferson’s words in the Declaration of Independence — about equality and the endowment of unalienable rights, including “life, liberty and the pursuit of happiness” — have motivated more freedom movements than any other document in American history, and have inspired similar advances around the globe. From Abraham Lincoln to Franklin D. Roosevelt to Ronald Reagan; Rev. Dr. Martin Luther King Jr. to Fannie Lou Hamer; and Susan B. Anthony to Harvey Milk, Jefferson’s words and ideas have helped strengthen America’s often wavering commitment to its founding ideals. Jefferson matters.

This week at Monticello and around the nation, we will commemorate the 243rd anniversary of the adoption of the Declaration of Independence. If we are to remain a vibrant, democratically engaged republic, Jefferson’s ideas still matter. Ultimately, Jefferson’s life and legacy hold the mirror to our own humanity and the choices we make. We can learn from his mistakes as well as his achievements — as we should from our own.

Let us invite this conversation, even in the halls of Jefferson’s own spaces — at his home, Monticello, and his beloved University of Virginia. Let us especially have these conversations on Liberation and Freedom Day, on his birthday, and on Independence Day.