Disease and Inoculation in the 18th Century 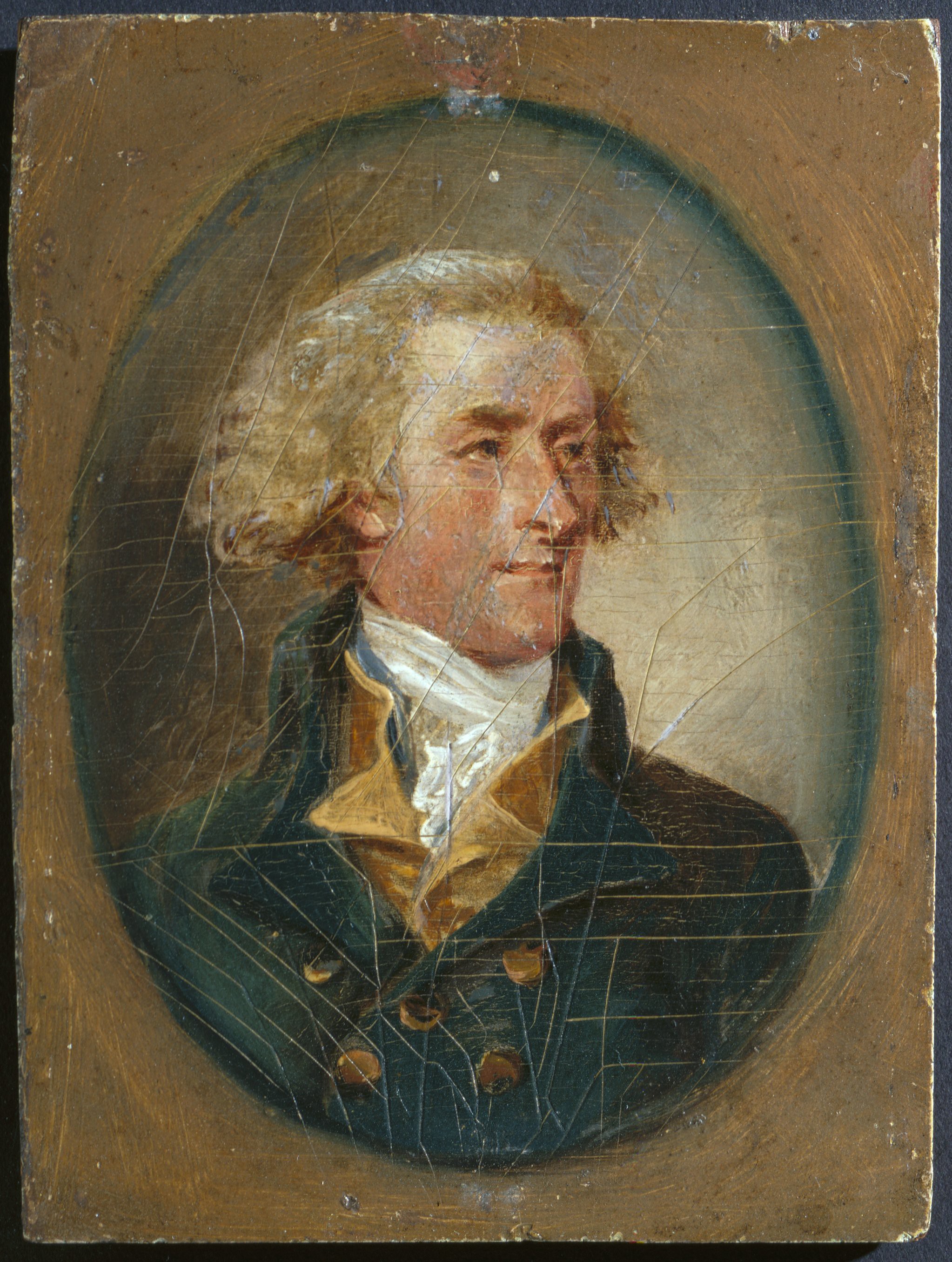 Before he was President, before he wrote the Declaration of Independence, before the American Revolution, Thomas Jefferson feared an invisible enemy.

At age 23, Thomas Jefferson traveled to Philadelphia. Right in the thick of the political fray (the Stamp Act argument was raging), Jefferson made time for inoculation against smallpox, one of the deadliest diseases in human history. He wrote to his friend John Page: “I would give you an account of the rejoicings here on the repeal of the stamp act... I shall proceed tomorrow to Philadelphia where I shall make the stay necessary for inoculation…."

If you’ve read the news lately, you’ve likely seen that the FDA has approved two new vaccines to fight against COVID-19. There’s a lot of discussion about this new medication, and Americans are conflicted about the virus and how to best combat it. New things are scary, and it makes sense to fear the unknown. 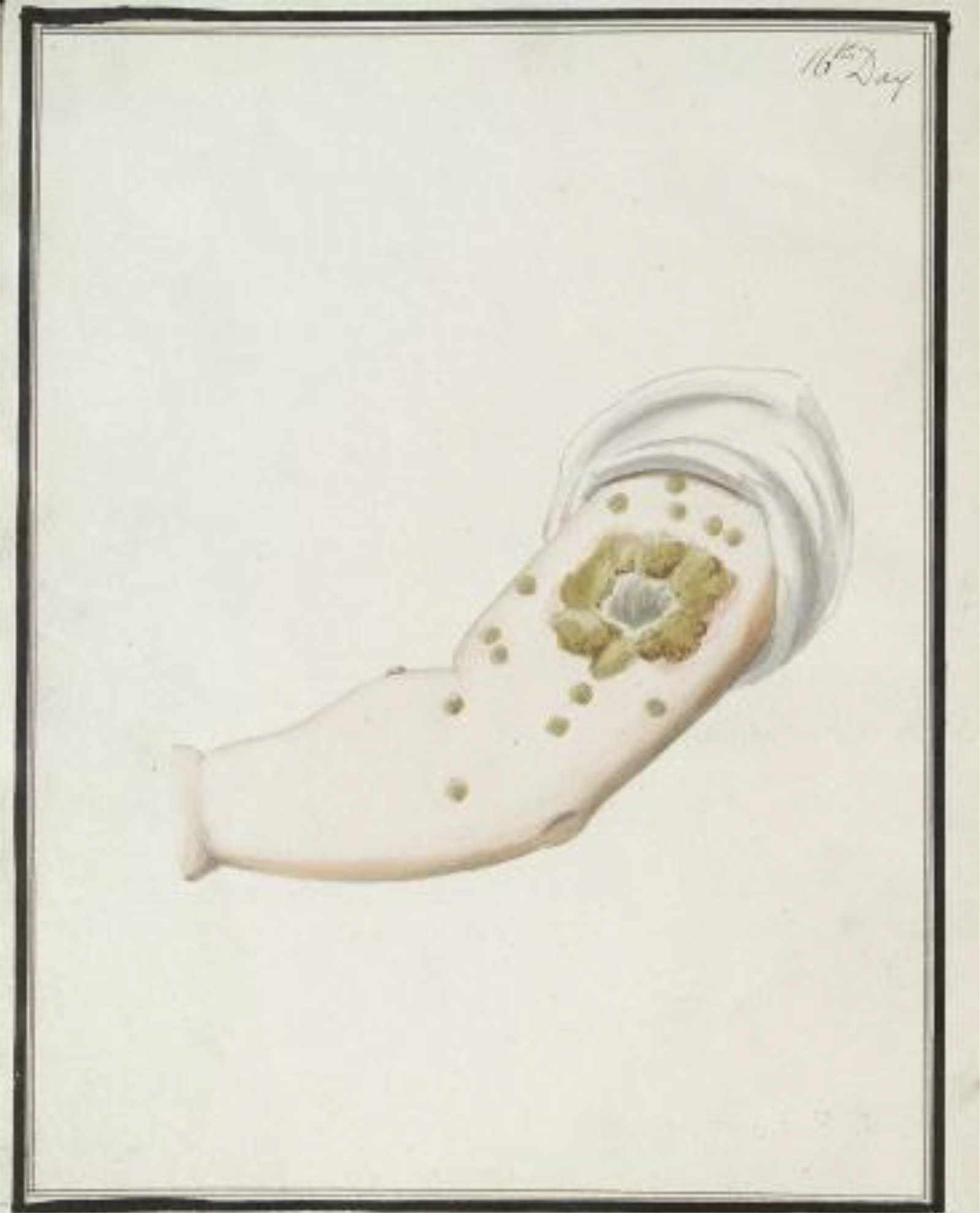 My job at Monticello means I’m always thinking about the past, so I usually look for guidance from history. Viruses and the devastation they wreak are anything but new. While the hardships of the past can be sobering, I can usually find something inspiring in these stories. The people who lived in the United States during the founding era suffered from disease as much as from any other challenge during their lives. Thomas Jefferson was no exception, and he supported a radical new method to fight smallpox: inoculation. Jefferson advocated for democracy based on education. He wrote “History, by apprising them of the past will enable them to judge of the future...” It’s an old adage and one that I hope can spread some optimism when it’s so needed.

Early Americans were terrified of smallpox. Europeans brought the disease to the Americas through exploration and colonization. It ravaged indigenous populations. Smallpox took the lives of people from all nations, classes, races, and creeds. People everywhere feared smallpox for centuries.

Eighteenth-century warnings on how to avoid smallpox sound familiar to us living through Covid-19; the language is archaic but the gist is the same: stay away from one another. The fatality rates for smallpox were as high as thirty percent, and survivors often carried scars from the disease for the rest of their lives. 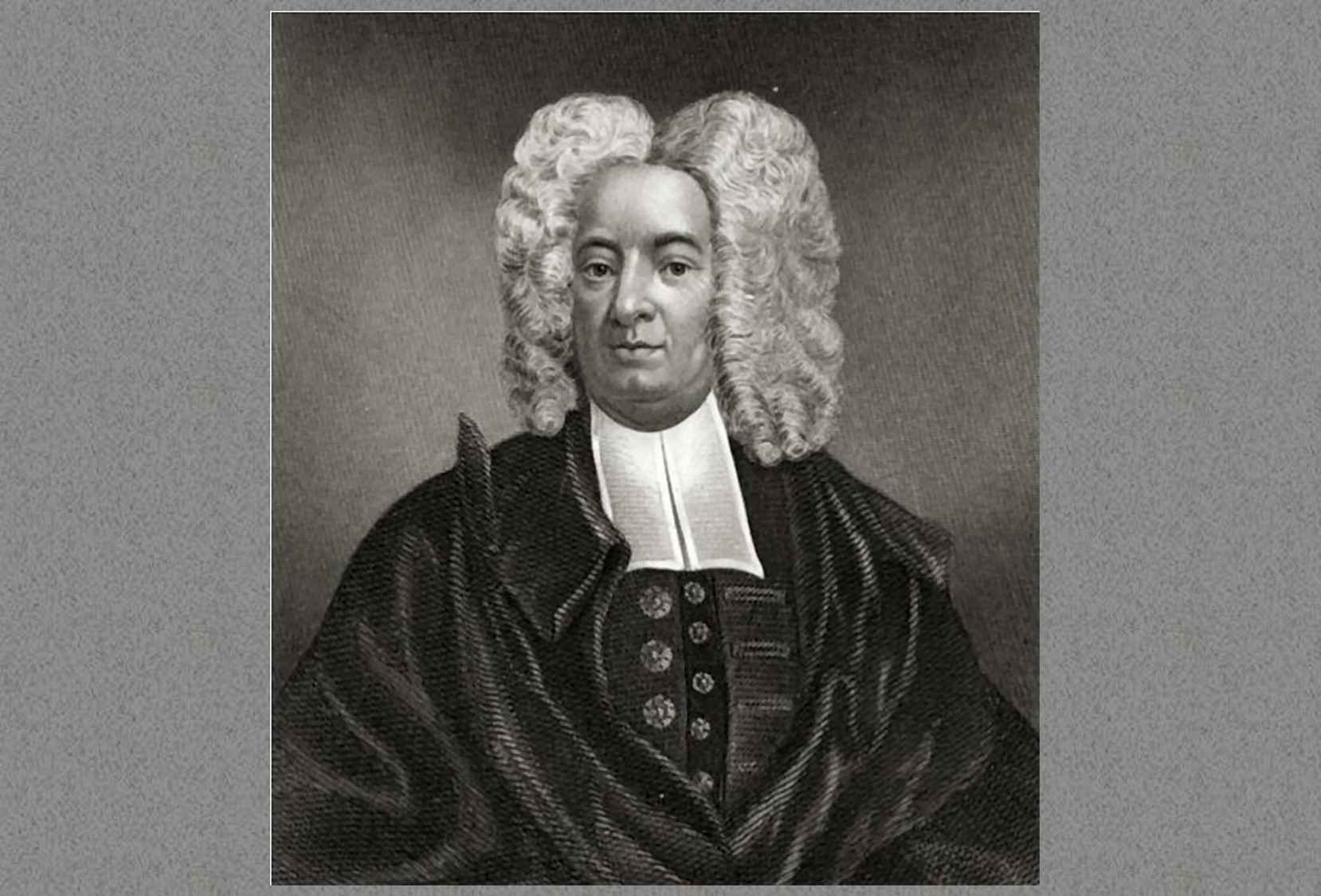 Cotton Mather was introduced to the concept of variolation by Onesimus, a West African man he enslaved

By the colonial period, American doctors knew of a process that helped prevent the spread of smallpox. In the early 18th century, variolation (an early form of inoculation) spread from Asia to the rest of the world. An enslaved man from West Africa, called Onesimus, introduced the concept to the American colonies in 1716 through his enslaver, Cotton Mather. It was met with fear and hostility: then as now new medical procedures often frighten people.

Variolation was dangerous; it introduced a small amount of active smallpox into a patient by cutting a recipient and inserting tissue from an infected person into the wound.

Most people developed mild symptoms, some contracted the disease and died. In all cases, inoculated people were likely contagious. They had to be quarantined. Social distancing following inoculation became absolutely necessary. To let others know to stay away, inoculated people raised a white flag over their homes. 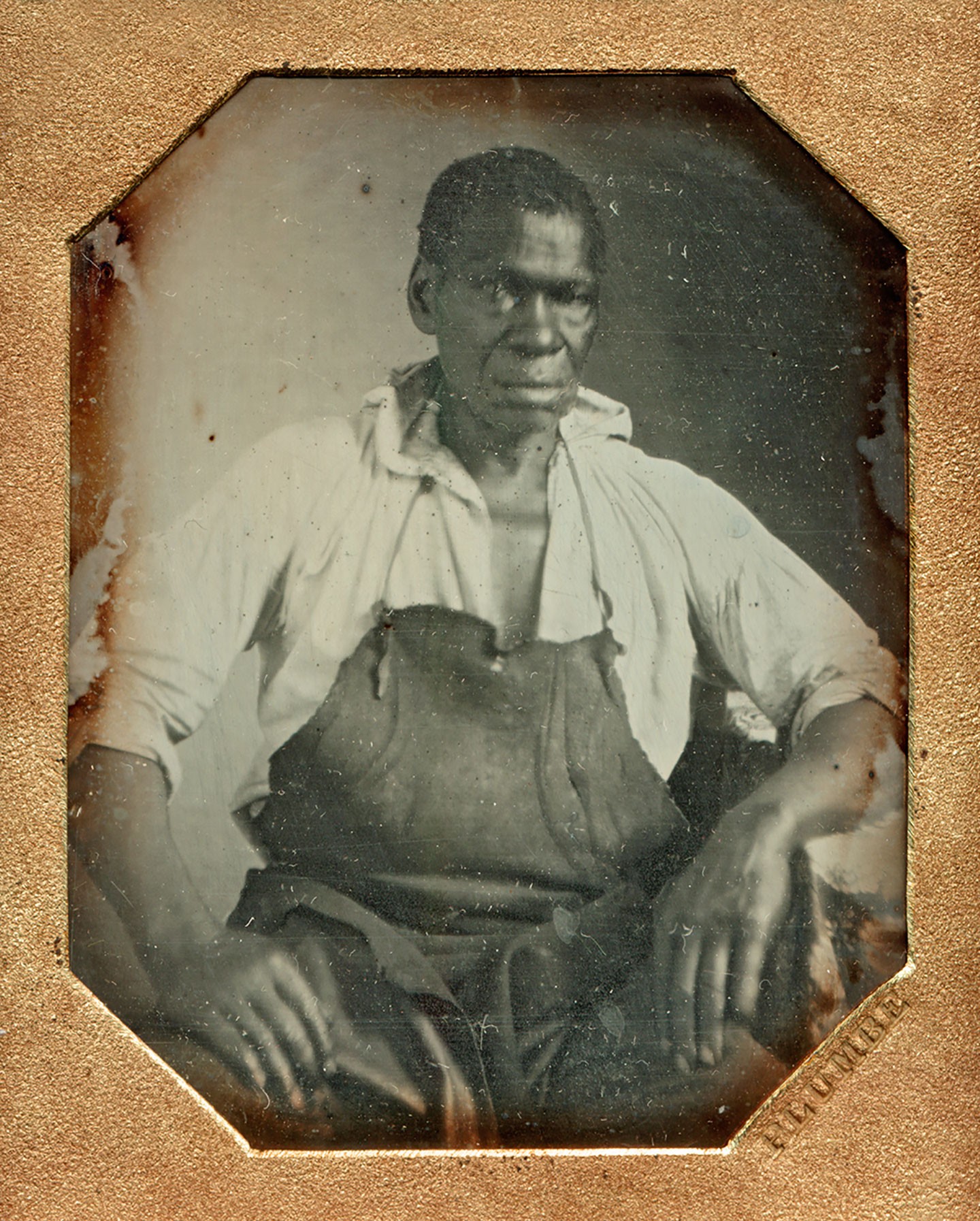 Military encampments made perfect breeding grounds for smallpox. In July 1776, Jefferson wrote about the ongoing state of the war, lamenting “the ravages of the small pox with which one half of our army is still down.” Many enslaved people, including some of those Jefferson held in bondage, made a bid for freedom and escaped to fight on the side of the British. Arriving behind British lines, they lived in encampments similar to those of most armies: close quarters with limited sanitation. The virus spread easily and many died from smallpox. An enslaved man from Monticello, Isaac Granger Jefferson, later recalled what he saw in the British camps: “It was very sickly…great many colored people died there.” 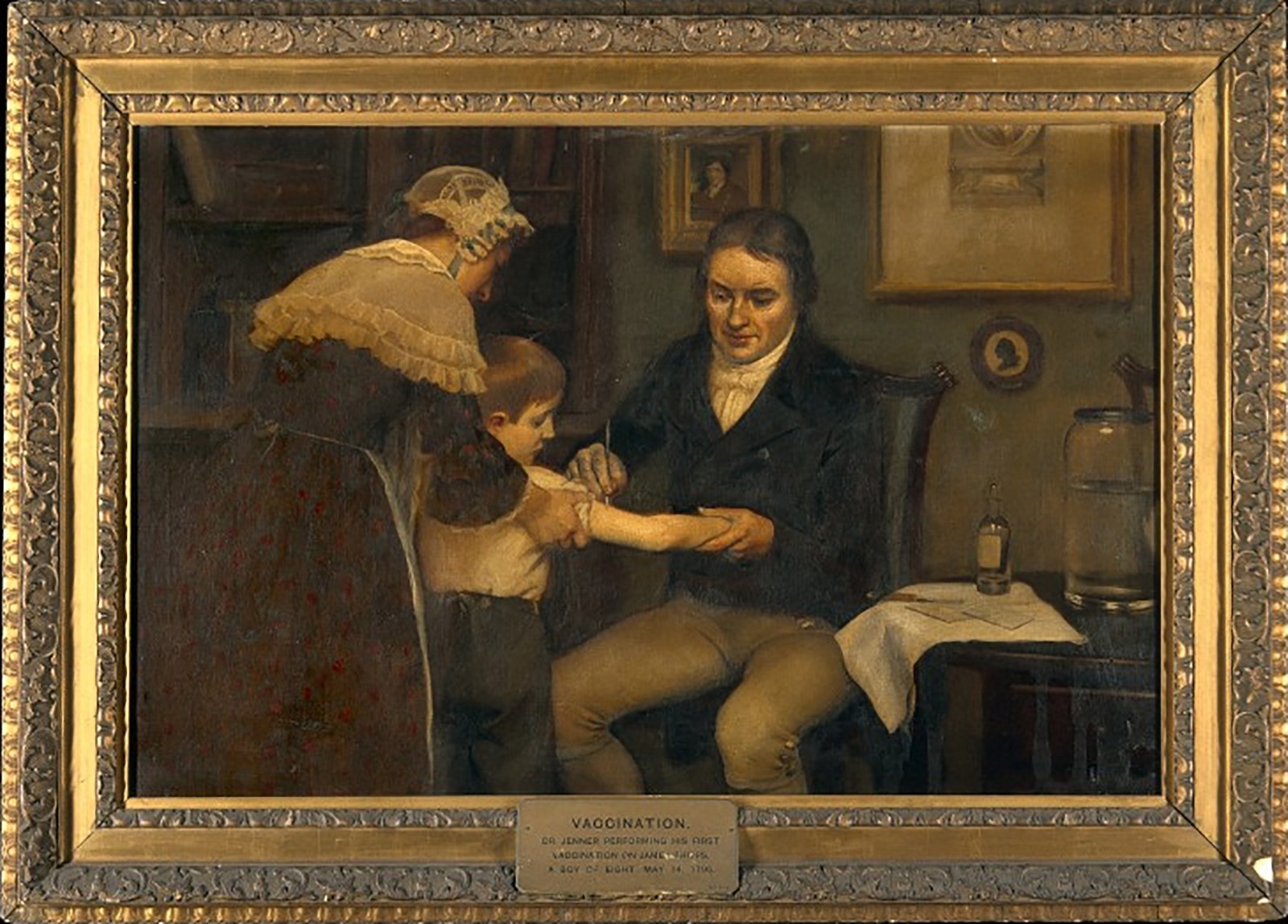 After the United States’ victory, many of the survivors were re-enslaved by their former masters. Jefferson wrote, “During the course of the War upwards of 20,000 Negroes were carried away by the British or died of the Small pox, Camp Fevers &ca. within their Lines, which Number must be again supplied before the produce of this Country will be equal to what it was formerly.” The diminished supply of forced labor led American enslavers to import even more recent captives from Africa. In the unsanitary conditions of forced labor camps and through continuous warfare and displacement (and occasional intentional infection), African Americans and Native peoples were more harshly affected by diseases early on; a legacy that sadly remains today. 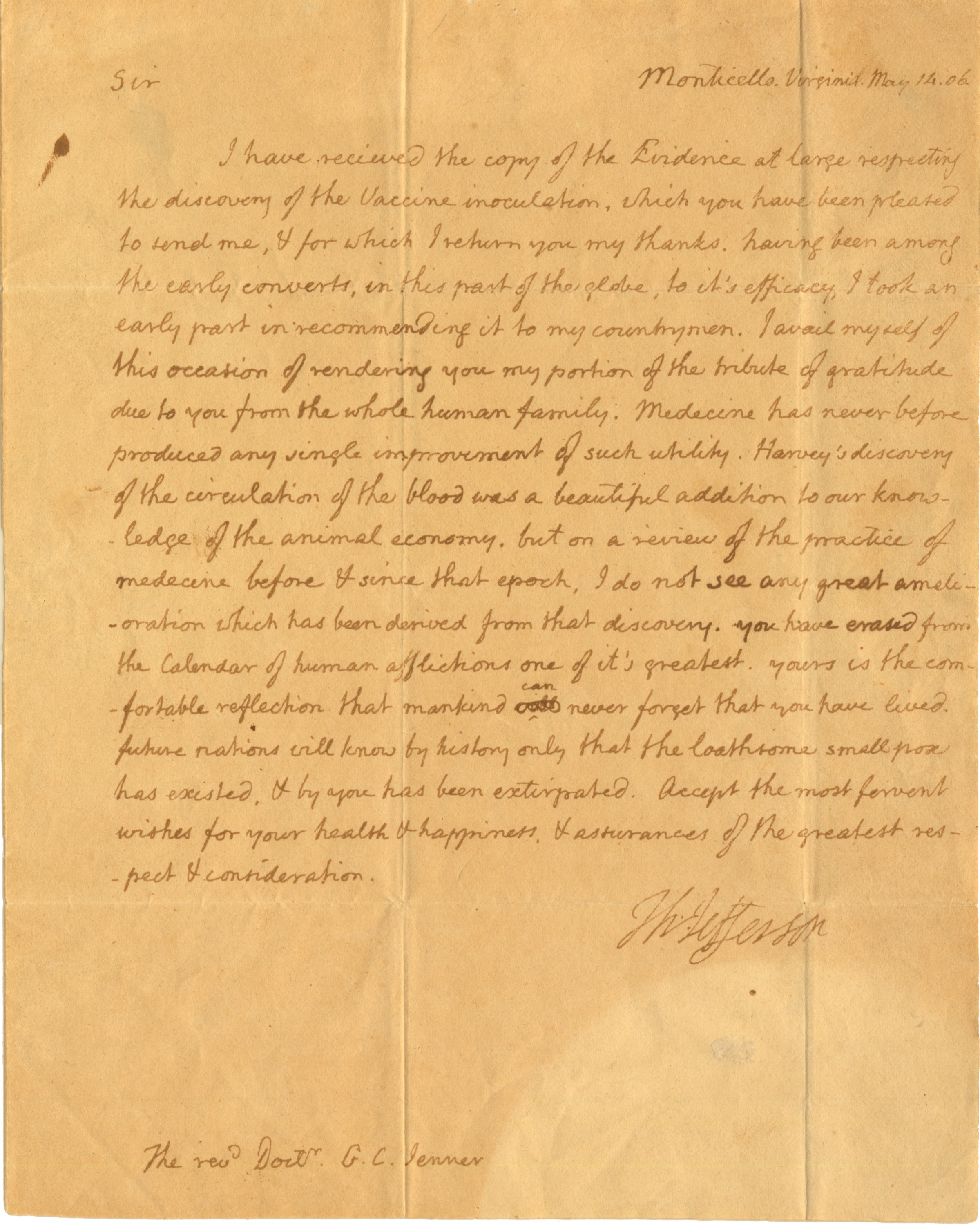 Letter from Thomas Jefferson to George C. Jenner, 14 May 1806

Early in his Presidency, Thomas Jefferson discussed with Benjamin Waterhouse the process of vaccination pioneered by Edward Jenner in 1796. Jefferson lent his name to the procedure, effectively endorsing vaccination as President of the United States. He wrote, “every friend of humanity must look with pleasure on this discovery.” Vaccination changed the fate of the world. In 1980 the World Health Assembly officially declared that smallpox had been eradicated.

A unity of human effort based on our mutual capacity to learn and to dare led to the end of this awful disease – and Thomas Jefferson, for all his complexities, believed in that human ability to work towards progress. He believed that if we worked together, grew together in education, with a free press, and self-governance, then we would do better in time. He wrote that “the earth belongs… to the living,” which means it’s up to each generation to do better than the one before. So here we are, two hundred years later, living through our own history in the making.

Covid-19 is brand new, but people, with our many hopes and fears, are not. We have opportunities unlike any we’ve ever had, because the world is a different place than it was two centuries ago. Our technology is better. Our understanding of science is better. More people understand class and gender and race disparities and where they come from. We have a lot of work to do and so much more to learn, but there are more people working together than ever before.

Jefferson wrote to his old friend John Adams when he was 74 years old, “I like the dreams of the future better than histories of the past.” Maybe we can draw inspiration from the past for a better future, as Jefferson wrote. It’s hard to imagine where this hardship will end, and we must grieve together for the lives lost. But when Covid-19 becomes part of our history, we’ll have more stories of inspiration grown out of struggle. We’ll have another opportunity to work towards those beautiful and as-yet-unrealized principles upon which our nation was conceived.

Letters of Thomas Jefferson at The Founders Project

Jefferson's Notes on the State of Virginia

Smallpox and the Native American

Onesimus and the Smallpox Vaccine

African Americans in the Revolutionary War