In the Hands of the People

A New Book by Jon Meacham 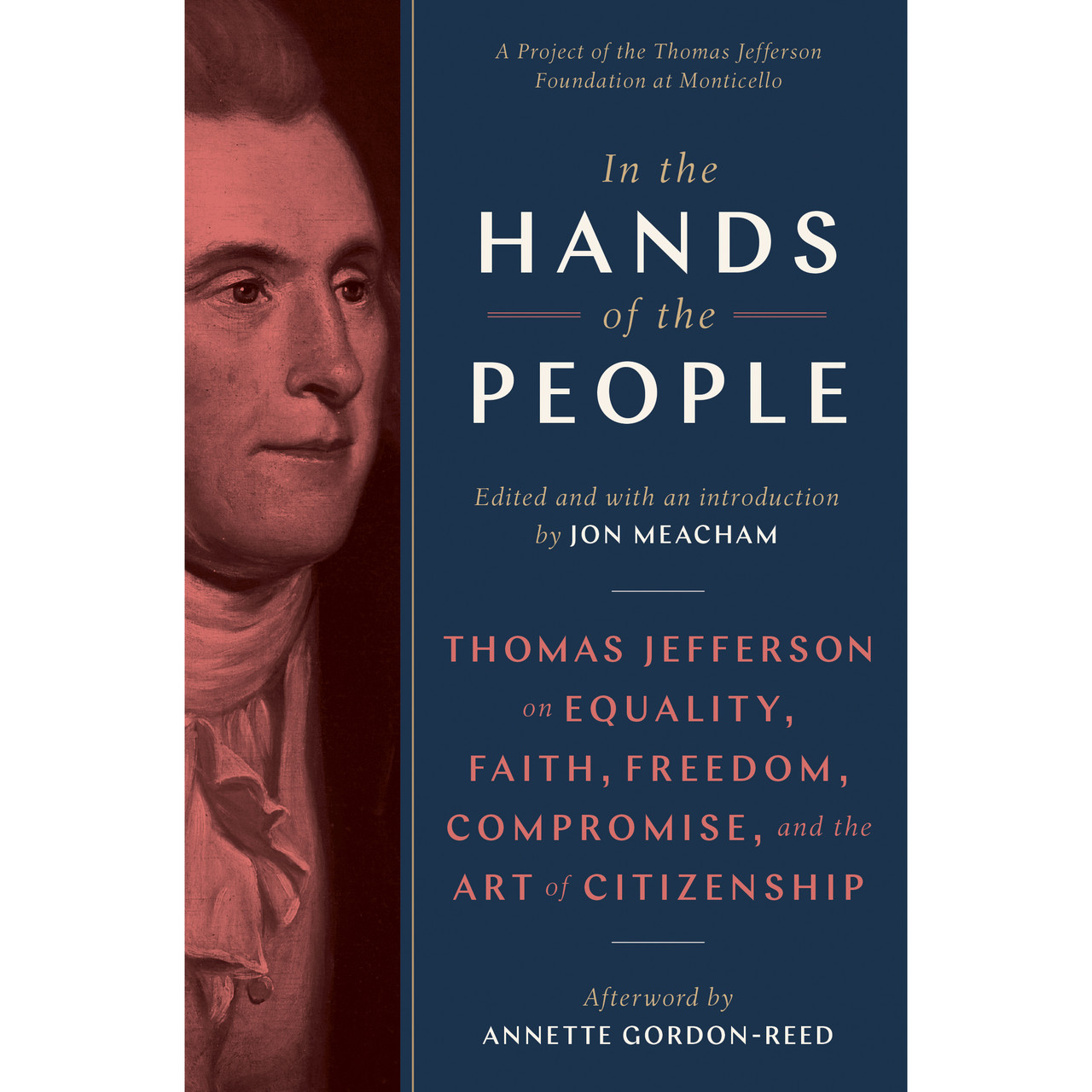 Thomas Jefferson believed in the covenant between a government and its citizens, in both the government’s responsibilities to its people and also the people’s responsibility to the republic. In this illuminating book, a project of the Thomas Jefferson Foundation at Monticello, the #1 New York Times best-selling author Jon Meacham presents selections from Jefferson’s writing on the subject, with an afterword by Pulitzer Prize–winning historian Annette Gordon-Reed and comments on Jefferson’s ideas from others, including Colin Powell, Madeleine Albright, Frederick Douglass, Carl Sagan, and American presidents.

This curated collection revitalizes how to see an individual’s role in the world, as it explores such Jeffersonian concepts as religious freedom, the importance of a free press, public education, participation in government, and others.

Meacham writes, “In an hour of twenty-first-century division and partisanship, of declining trust in institutions and of widespread skepticism about the long-term viability of the American experiment, it is instructive to return to first principles. Not, to be sure, as an exercise in nostalgia or as a flight from the reality of our own time, but as an honest effort to see, as Jefferson wrote, what history may be able to tell us about the present and the future.”