Jefferson's Progressive Use of Microclimate

As a gentleman farmer, Thomas Jefferson was among the most forward thinking of his peers – he grew fruit trees grafted onto dwarfing rootstock, championed native species, imported European varieties, commissioned the Lewis and Clark Expedition for flora, and was the earliest American to reference garden plants widely found at nursery centers today. But perhaps the most revolutionary aspect of Jefferson’s plantsmanship was his use of microclimate – something that took nearly 170 years to fully appreciate. 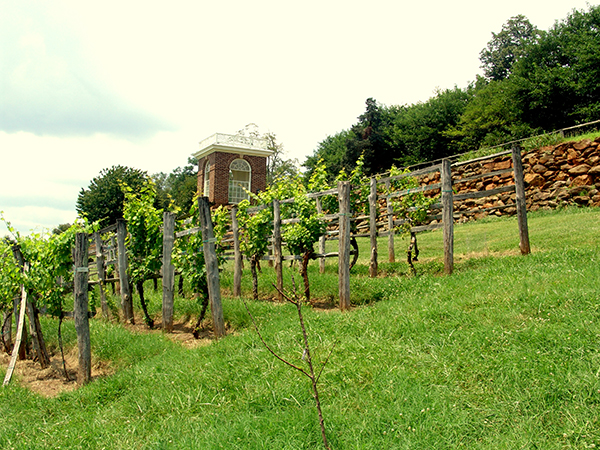 From 1767 to 1814, Jefferson experimented with hundreds of varieties of fruit on the hot southeast facing side of his Monticello mountain. Here, in the middle of USDA zone 7a, he placed his orchard and vineyard, which he called “the fruitery.” Mediterranean staples like figs, and perhaps pomegranates, accustomed to the much warmer zones 9 and 10, were able to ripen fruit long into the fall because the mountainside microclimate extends the normal zone 7a growing season by two months. Nevertheless, the only fruitery experiment that continued beyond 1814, until 1817, was the Vitis vinifera European grape vineyard -- a failure even with the direction of the ambitious Italian viticulturist Philip Mazzei, who came to Virginia to start a wine industry. Mazzei and Jefferson’s vinifera grapes never lived long enough or fruited well enough to produce a bottle of wine. However, 166 years later, in 1983, the Thomas Jefferson Foundation hired another pioneering Italian viticulturist who was determined to finally create a Virginia wine industry. The unexpected results vindicated Jefferson’s choice of vineyard microclimate. 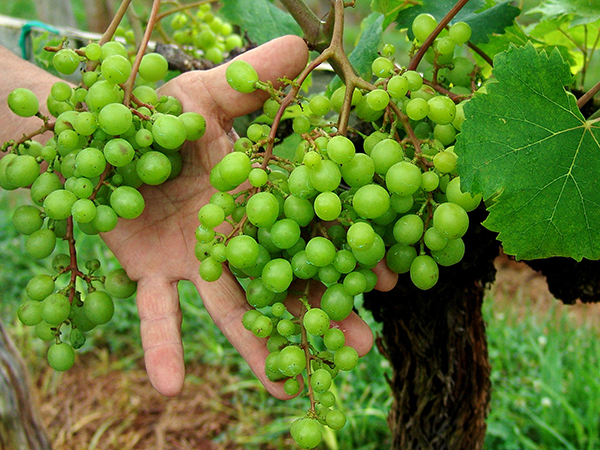 Gabriele Rausse, now Monticello’s Director of Gardens and Grounds, initially looked at the task of realizing Jefferson’s 1807 vineyard plan as a beautiful, but quixotic adventure. The most capricious part of his work was grafting Muscat of Alexandria, a golden Egyptian table grape with oval fruit that was considered to be the finest dessert and raisin grape in Jefferson’s time.

“I told them this plant will never grow here … in Italy, yes. It does well in Sicily. It does very well in North Africa. But it needs a very warm climate,” Rausse said. “The answer was 'well you graft it, plant it, and it will die, and we will write down that it died.'”

But Rausse’s Muscat of Alexandria, cultivated and protected with the benefits of modern grafting and disease prevention techniques, survived and produced a good crop three years later – despite being transposed from Egypt’s zone 10b weather to Charlottesville’s zone 7a. 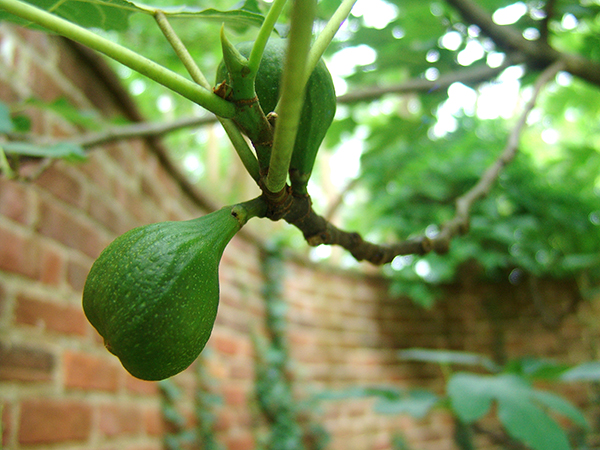 “Jefferson had a season which was two months longer – the winters were cold, I’m sure actually they might have been even colder than our winters sometimes. But the fact that the cold air rolls off the mountain at the speed of water in spring makes the microclimate very different,” Rausse said. “So I think it was an unbelievable thought for him to have had. It is sometimes almost a Mediterranean climate here except for that one cold night that comes along and ruins everything.”

Jefferson’s other major use of microclimate was architectural. For the University of Virginia, he designed serpentine walls, one of the most striking features of the UVa pavilion gardens, as noteworthy in the landscape as the mountainside fruitery is at Monticello. 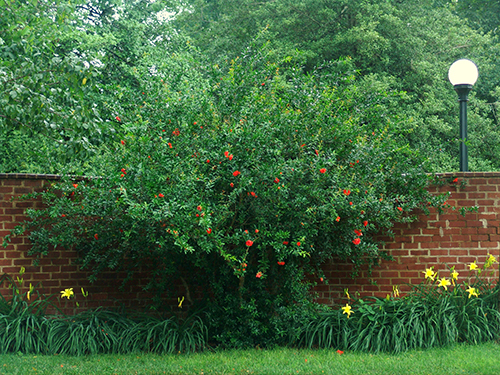 Thanks to the serpentine walls, which absorb and retain extra warmth in addition to blocking winds, UVa pavilion garden IX sports massive pomegranates and figs.

And in part because of Jefferson’s exceptional use of microclimate, Rausse didn’t loose a single one of the Muscat of Alexandria vines he planted in the Monticello fruitery in 1984 until 2004. Today, three of the originals are still alive and bearing fruit, almost thirty years later, despite growing in the type of clay soil that limits the lifespan of Muscat of Alexandria to 40 years, even in the most hospitable climate.

“I think it is a wonderful story because of the fact that Jefferson planted a vineyard 200 years ago in the perfect spot, even good enough for a variety that is so delicate,” Rausse said. “It’s wonderful that he was so ahead of his time, so ahead of everybody else.”

Gabriele Rausse has been Director of Gardens and Grounds at Monticello since 2012. From 1995 to 2012, he was Assistant Director. In 2011 he received the Distinguished Service Award from the Virginia Agribusiness Council. As a vintner and consultant, Rausse is a critical figure in the establishment of Virginia’s wine industry. He conducts workshops in winemaking at Monticello. Often, varieties of figs, and grapes like Sangiovese, grown by Jefferson in the fruitery, are sold through the Thomas Jefferson Center for Historic Plants at the Visitor Center Museum Shop, or through Monticello’s online catalog at www.monticelloshop.org. CHP plants that are marginally cold hardy in your zone may be grown outdoors without special cover by using the microclimate techniques Jefferson used at Monticello and UVa, as well as other methods, like planting by a body of water, beside a house, or within a protective mass of plants. If you have a question about a particular plant, email chp@monticello.org or call (434)984-9819 to speak with someone at CHP.