The Illimitable Freedom of the Human Mind

Thomas Jefferson's Idea of a University 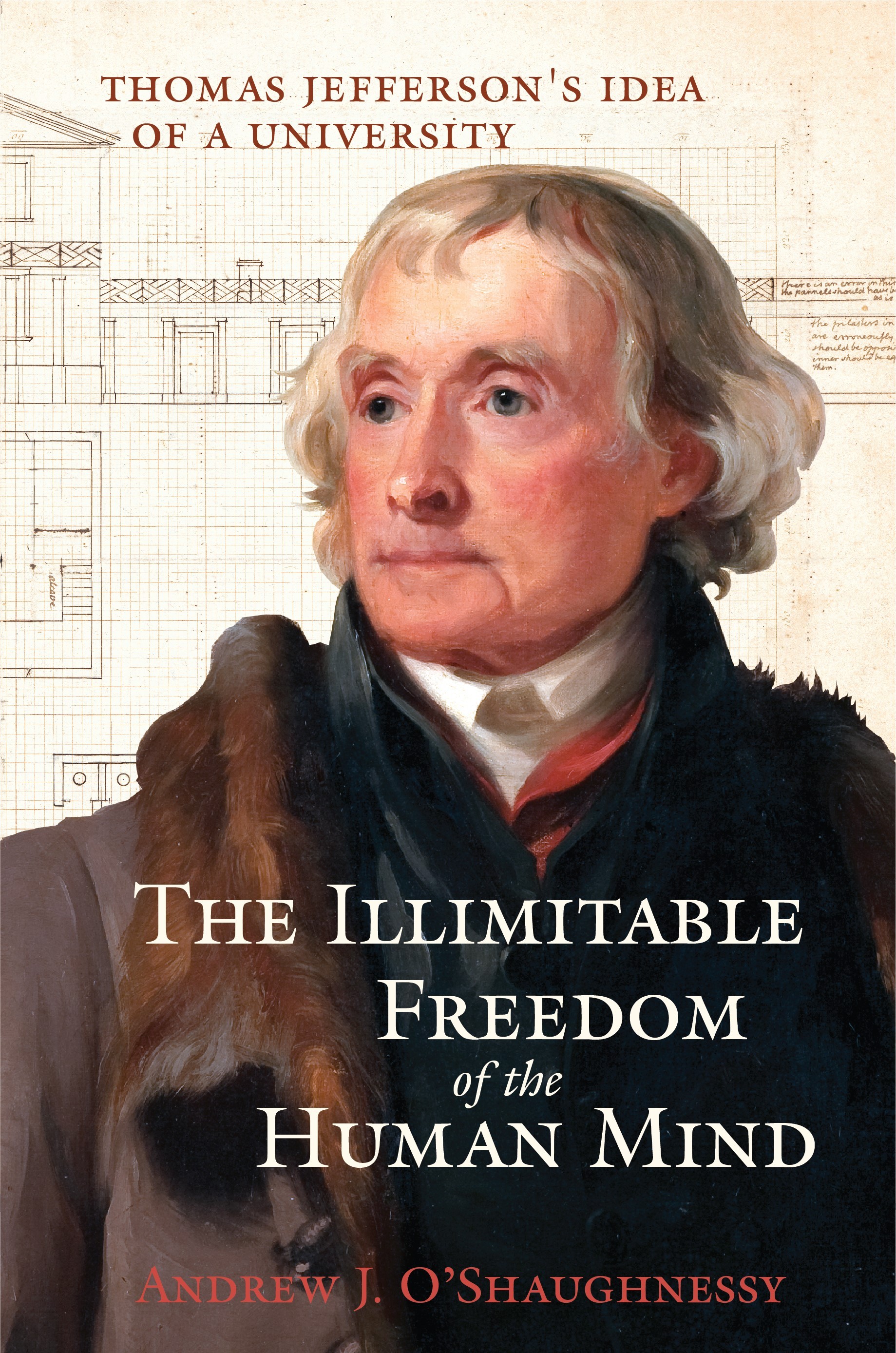 "A great contribution to the literature both on Jefferson and on the University of Virginia. O’Shaughnessy challenges recent scholarship on Jefferson and the history of the university’s founding and explicates Jefferson’s thinking and plans for the university, the commonwealth of Virginia, and the nation.”—Annette Gordon-Reed, Harvard University, author of The Hemingses of Monticello: An American Family

Already renowned as a statesman, Thomas Jefferson in his retirement from government turned his attention to the founding of an institution of higher learning. Never merely a patron, the former president oversaw every aspect of the creation of what would become the University of Virginia. Along with the Declaration of Independence and the Virginia Statute for Religious Freedom, he regarded it as one of the three greatest achievements in his life. Nonetheless, historians often treat this period as an epilogue to Jefferson’s career.

In The Illimitable Freedom of the Human Mind, Andrew O’Shaughnessy offers a twin biography of Jefferson in retirement and the University of Virginia in its earliest years. He reveals how Jefferson’s vision anticipated the modern university and profoundly influenced the development of American higher education. The University of Virginia was the most visible apex of what was a much broader educational vision that distinguishes Jefferson as one of the earliest advocates of a public education system.

Just as Jefferson’s proclamation that “all men are created equal” was tainted by the ongoing institution of slavery, however, so was his university. O’Shaughnessy addresses this tragic conflict in Jefferson’s conception of the university and society, showing how Jefferson’s loftier aspirations for the university were not fully realized. Nevertheless, his remarkable vision in founding the university remains vital to any consideration of the role of education in the success of the democratic experiment.

Andrew J. O’Shaughnessy is Vice President of the Thomas Jefferson Foundation at Monticello and Saunders Director of the Robert H. Smith International Center for Jefferson Studies. His previous books include An Empire Divided: The American Revolution and the British Caribbean and The Men Who Lost America: British Leadership, the American Revolution, and the Fate of the Empire, winner of the George Washington Book Prize.