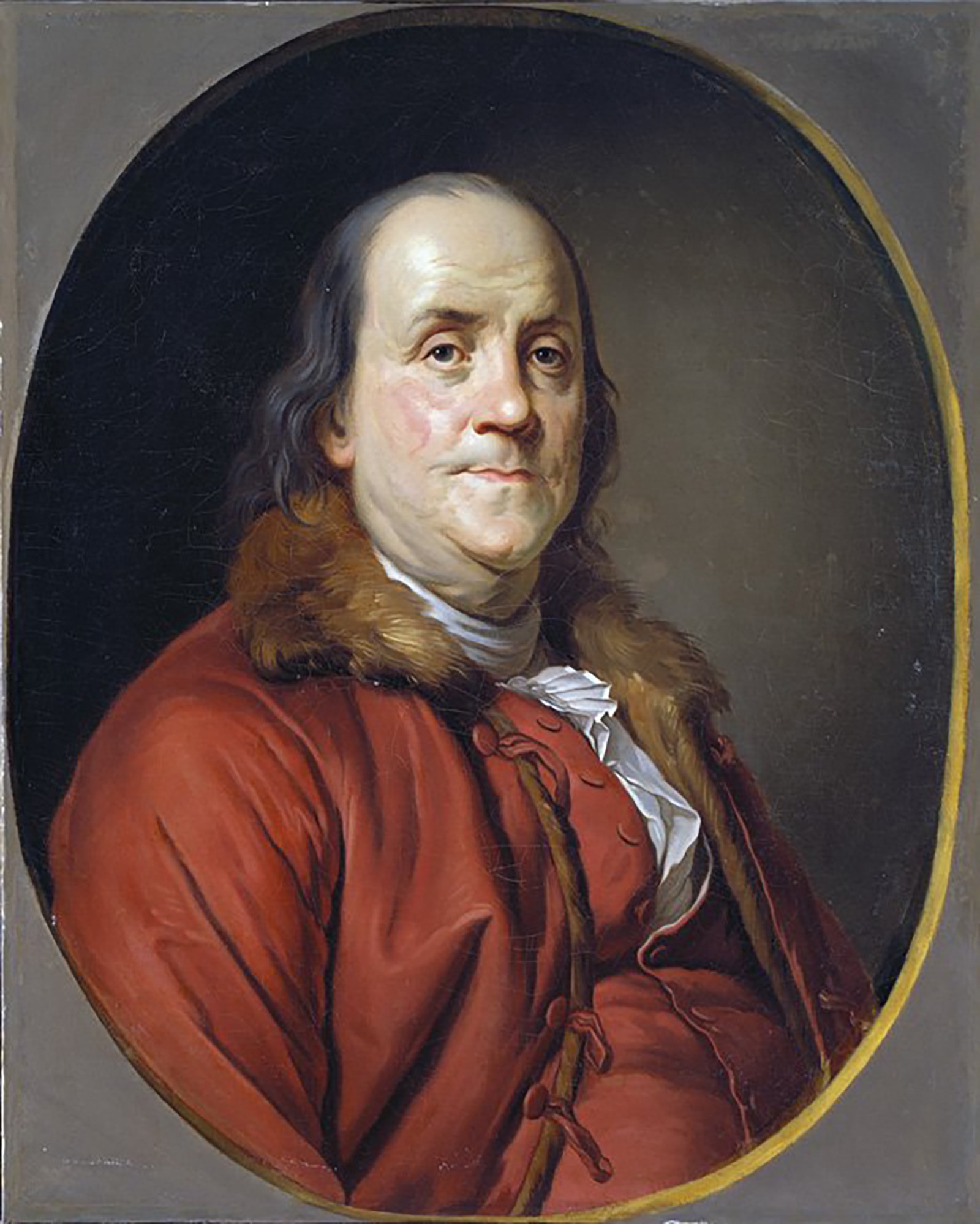 Historical Notes: Although Jefferson identified this painting as "

. an original drawn for the Abbé Very by Greusz," it is a copy of Duplessis's famous fur-collar portrait, now in the Metropolitan Museum of Art.[1] Duplessis, a respected portrait painter, exhibited it in the Salon of 1779, and numerous copies of it were made by Duplessis as well as other artists.

Jefferson purchased "a picture 96 f." from Jean Valade, a painter, member of the Academie Royalé, and sometime dealer, on September 10, 1786.[2] Nearly a year later Jefferson received a note from Valade who then offered him a portrait of Louis XVI "bien proportionné pour le Cabinet" and reminded Jefferson that he had secured the portrait of Franklin for him.[3] The September 1786 payment  was probably for that picture.

Jefferson's attribution of the portrait to Greuze is curious because his Franklin more closely resembles Duplessis's likeness (1778) than Greuze's (1779). Charles Coleman Sellers suggested that Valade used the better-recognized names of Greuze and the Abbé de Veri to help make the sale.[4] Jefferson, however, could have seen Greuze's Franklin (1777) in the Abbé de Veri's collection (he was then living in Paris) and recognized the difference between the Duplessis and Greuze portraits.

At Monticello Franklin hung in the upper tier in the Parlor. After Jefferson's death it was shipped to the Boston Athenaeum in 1828 where it was the only painting that was sold. The Boston Athenaeum paid $200 for it to Joseph Coolidge, Jr., Jefferson's grandson-in-law. Coolidge reported to Mrs. Randolph, "the Exhibition has closed, and only one has, as yet, been sold; the Franklin, to the Atheneum!"[5]