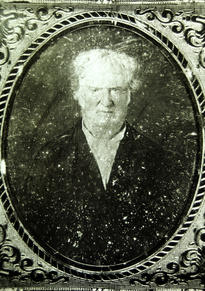 He lived with his family near the base of Monticello mountain, close to a nailery, stable, and several dwellings for enslaved families.  Bacon had few agricultural responsibilities; instead, most tasks related to manufacturing elements of the plantation: “superintending 10. or 12. nailers, providing their coal, selling the nails &c. and some attention hereafter to a grist mill kept” for Jefferson.

In 1823, Bacon and his family moved to Trigg County, Kentucky, where he farmed successfully until his death.

Bacon's recollections of his experiences as overseer at Monticello and his relationship with Thomas Jefferson were collected by the Reverend Hamilton W. Pierson and published as Jefferson at Monticello in 1862.[1]