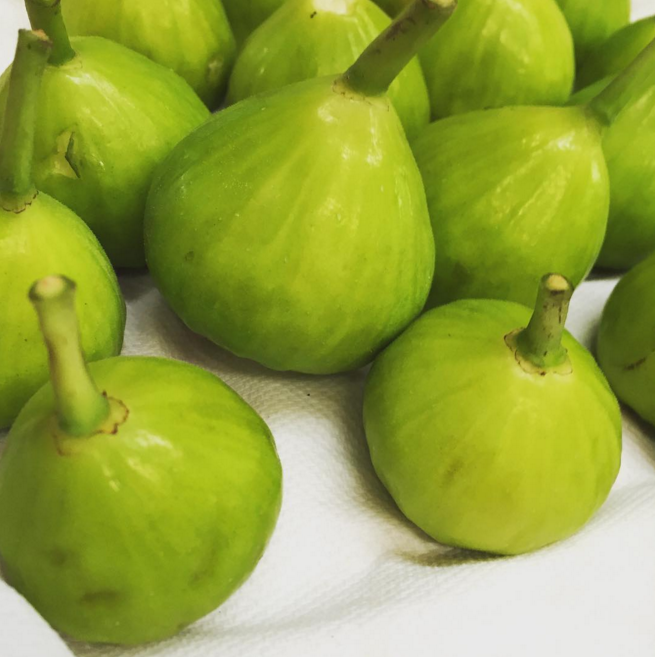 Thomas Jefferson's passion for figs helped propagate this variety in Virginia and possibly elsewhere in the United States.[1] In 1809, Jefferson wrote to Dr. William Thornton, a close friend and architect of the Capitol in Washington: "I will take some occasion of sending you some cuttings of the Marseilles fig, which I brought from France with me, & is unquestionably superior to any fig I have ever seen."[2] He also shared Marseilles figs with John Hartwell Cocke, owner of Bremo Plantation along the James River. Cocke sent an enslaved man named Jesse to Monticello in 1817 to collect some plants.[3]

In general, Jefferson's enslaved gardeners had success in growing figs.[4] The plant was sometimes difficult to harvest in climates colder than the Deep South, so Jefferson directed the use of protective covering for those grown at Monticello which were planted in the "submural beds" at the base of the kitchen garden wall, which afforded the warm micro-climate necessary to bear fruit. Jefferson recorded fig plantings as early as 1769 in the orchard and they were included in a 1774 South Orchard plan.[5]

The Marseilles fig is a half-hardy, deciduous shrub that produces small, greenish-white fruits in late summer.

1787 March 3-June 10. (Notes of a Tour into the Southern Parts of France, &c.). "The most delicate figs known in Europe are those growing about this place, called figues Marcelloises, or les veritables Marcelloises, to distinguish them from others of inferior quality growing here. These keep any length of time. All others exude a sugar in the spring of the year and become sour. The only process for preserving them is drying them in the sun, without putting any thing to them whatever."[6]

1809 November 16. (William Thornton to Jefferson). "I am much obliged by your kind intention of sending me some of the fine Marseilles Fig ...."[9]

1810 June 8. (William Thornton to Jefferson). "I am very glad that the young Fig trees arrived safe, and also that the former ones were still alive."[10]

1814 October 11. (Isaac A. Coles to Jefferson). "mrs Singleton from whom I received it, is very desirous of getting a few plants of the Marseilles Fig to Carry back with her to Carolina, where it is not known at all, & where the climate will Suit it So well ...."[11]