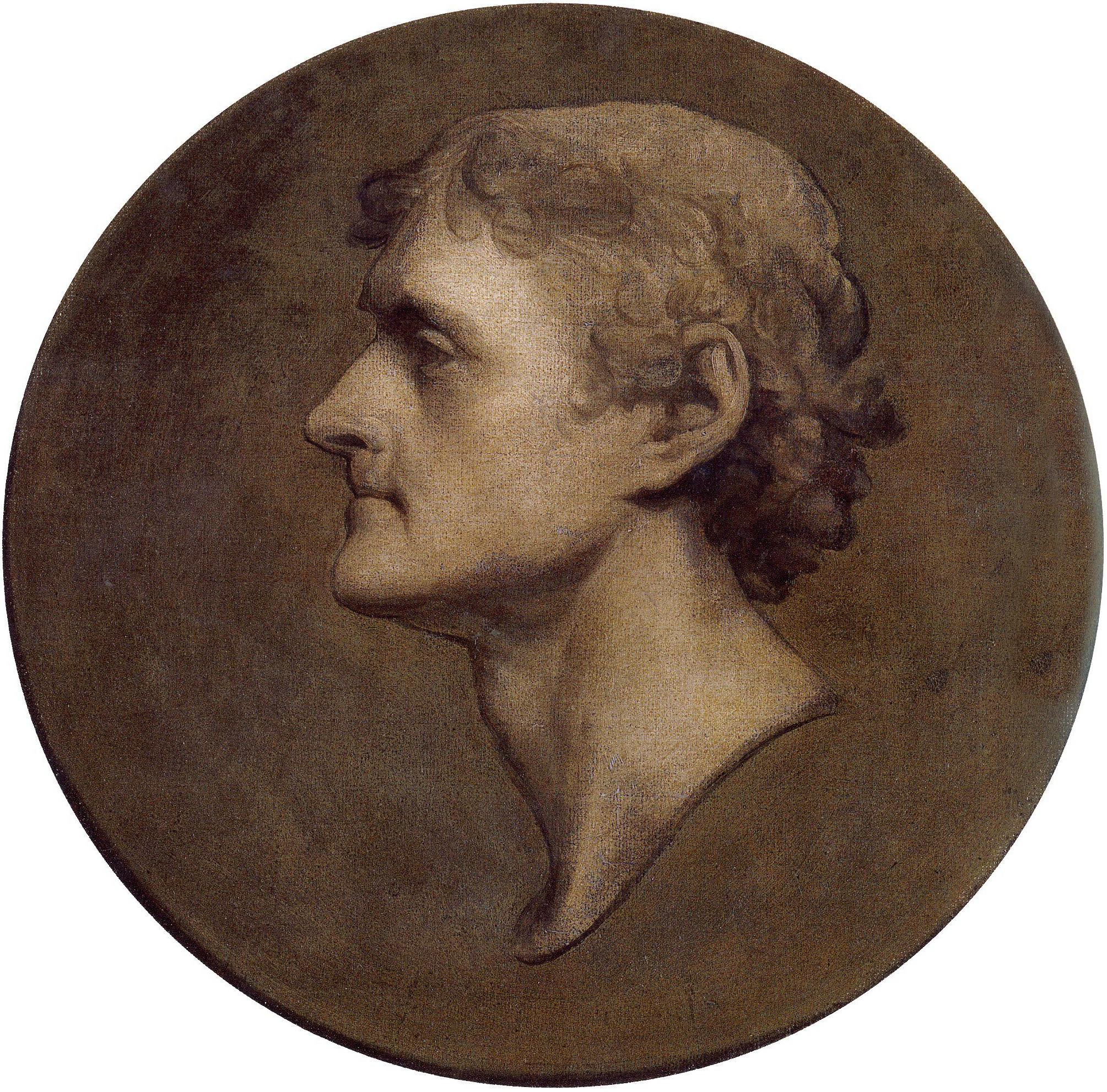 Materials: watercolor and crayon on paper

Historical Notes: Jefferson kept two portraits of himself by the celebrated American portrait painter Gilbert Stuart at Monticello: this one, which is called the "Medallion," and the "Edgehill" portrait, named for its later place in the home of the Jefferson Randolphs. Both were family favorites. Ellen Coolidge remarked to her sister Virginia Trist that the Medallion "is an incomparable portrait, and the only likeness ever taken of him I think that gives a good idea of the original."[1]

Jefferson sat for Stuart twice, and from these sittings the artist produced three important life portraits. In 1813 Jefferson told Joseph Delaplaine, who was then preparing publication of Delaplaine's Repository of the Lives and Portraits of Distinguished American Characters (1815-16):

Mr. Stuart has drawn two portraits of me, at different sittings. Of which he prefers the last. Both are in his possession. He also drew a third in watercolours a profile in the medallion stile, which is in my possession. Mr. Rembrandt Peale also drew a portrait in oil colours on canvas while I lived in Washington. Of the merit of these I am not a judge. There being nothing to which a man is so incompetent as to judge of his own likeness. He can see himself only by reflection, and that of necessity, full-faced or nearly so.[2]

Jefferson called on Stuart in his studio in Washington on June 7, 1805, for he noted in his memorandum book that he then paid Stuart one hundred dollars for his portrait. After he sat for the second, or Edgehill, portrait, Jefferson persuaded Stuart to sketch him in the medallion form,

which he did on paper with Crayons. altho a slight thing I gave him another 100.D. probably the treble of what he would have asked. this I have; it is a very fine thing altho' very perishable.[3]

On June 18 he thanked Stuart for "taking the head a la antique."[4] In 1815 Jefferson loaned the painting to William Thornton who first copied it in "Swiss crayons" for the Library of Congress and later made three painted versions.[5]