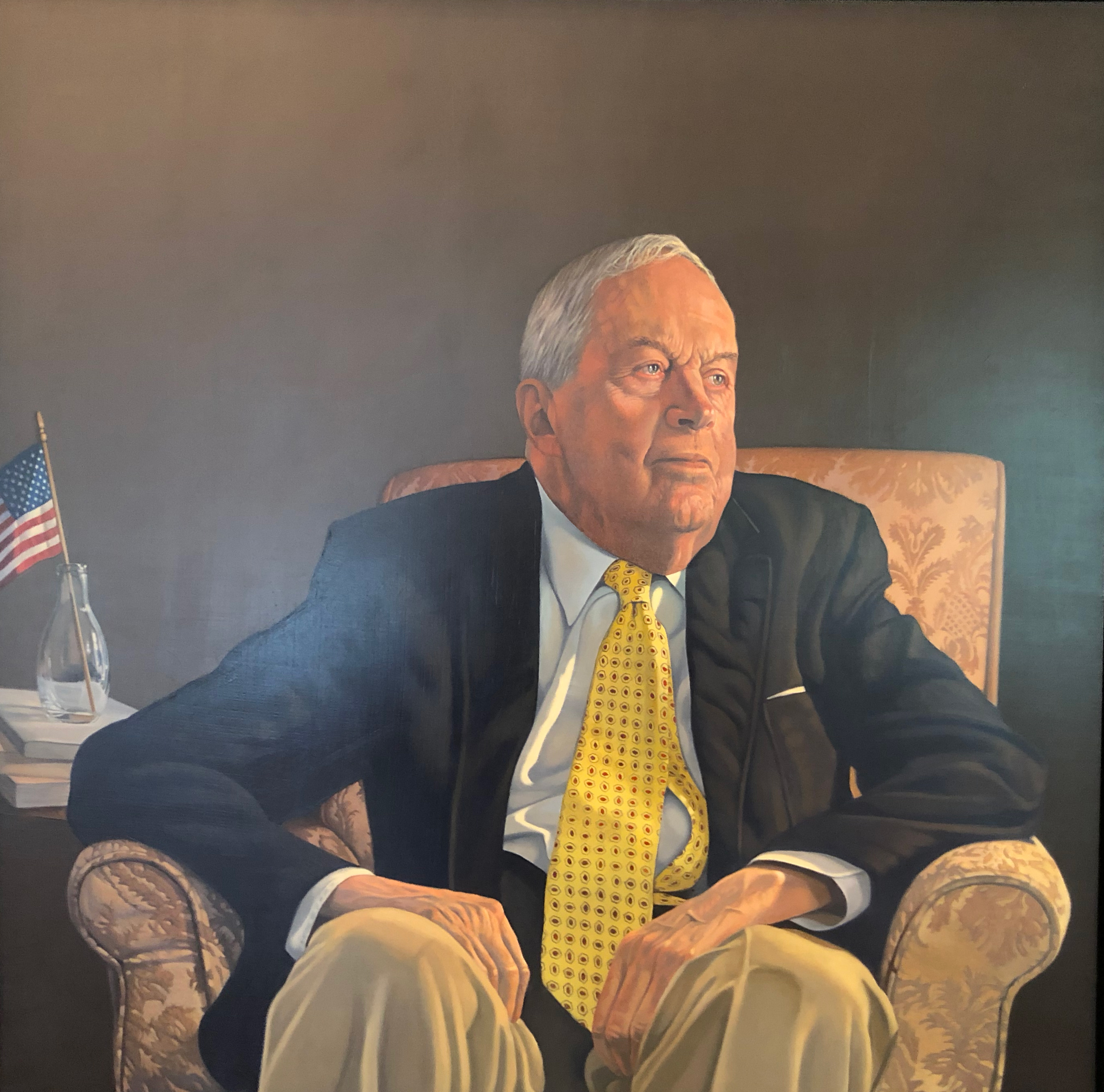 After graduating from Red Hill High School, Frank Berkeley attended the University of Virginia, receiving his bachelor’s degree in 1934. As a student, he served as secretary to the Jefferson Society. Following graduation, he taught in high schools in Gloucester County and Roanoke, while continuing graduate work at the University.

In 1938, Berkeley was appointed as the University’s first Assistant in Manuscripts for the new Division of Rare Books and Manuscripts at Alderman Library. He completed his M.A. in history in 1940 and, in 1941, was appointed Curator of Manuscripts.

After returning home to Virginia, Berkeley worked on a number of research projects for the University libraries. With the aid of a Fulbright fellowship, he undertook a county-by-county recovery of public and private manuscripts, from England and Scotland, pertaining to Virginia between 1580 and 1780. He organized the Virginia Colonial Records Project, sponsored by Virginia’s four research libraries, recording 20 million Virginia documents for the 1580-1780 period. Additionally, Berkeley launched a massive campaign to keep Virginia’s manuscript resources in Virginia, and, consequently, added millions of documents to the University’s collections. Berkeley was also awarded a Guggenheim fellowship to conduct research on the letter books, diary, and other correspondence of colonial Virginian, Robert “King” Carter (1665-1732).

Berkeley launched The University Press of Virginia as a statewide press dedicated to serving all of Virginia’s learned institutions. He initiated the two principal publications of the new press: The Papers of James Madison and The Papers of George Washington. Until his death, Berkeley served on the editorial advisory boards of both of these continuing publications, as well as on the advisory committee for The Papers of Thomas Jefferson at Princeton University.

See Also:
Members of the Board of Trustees
Filed In:
Thomas Jefferson Foundation