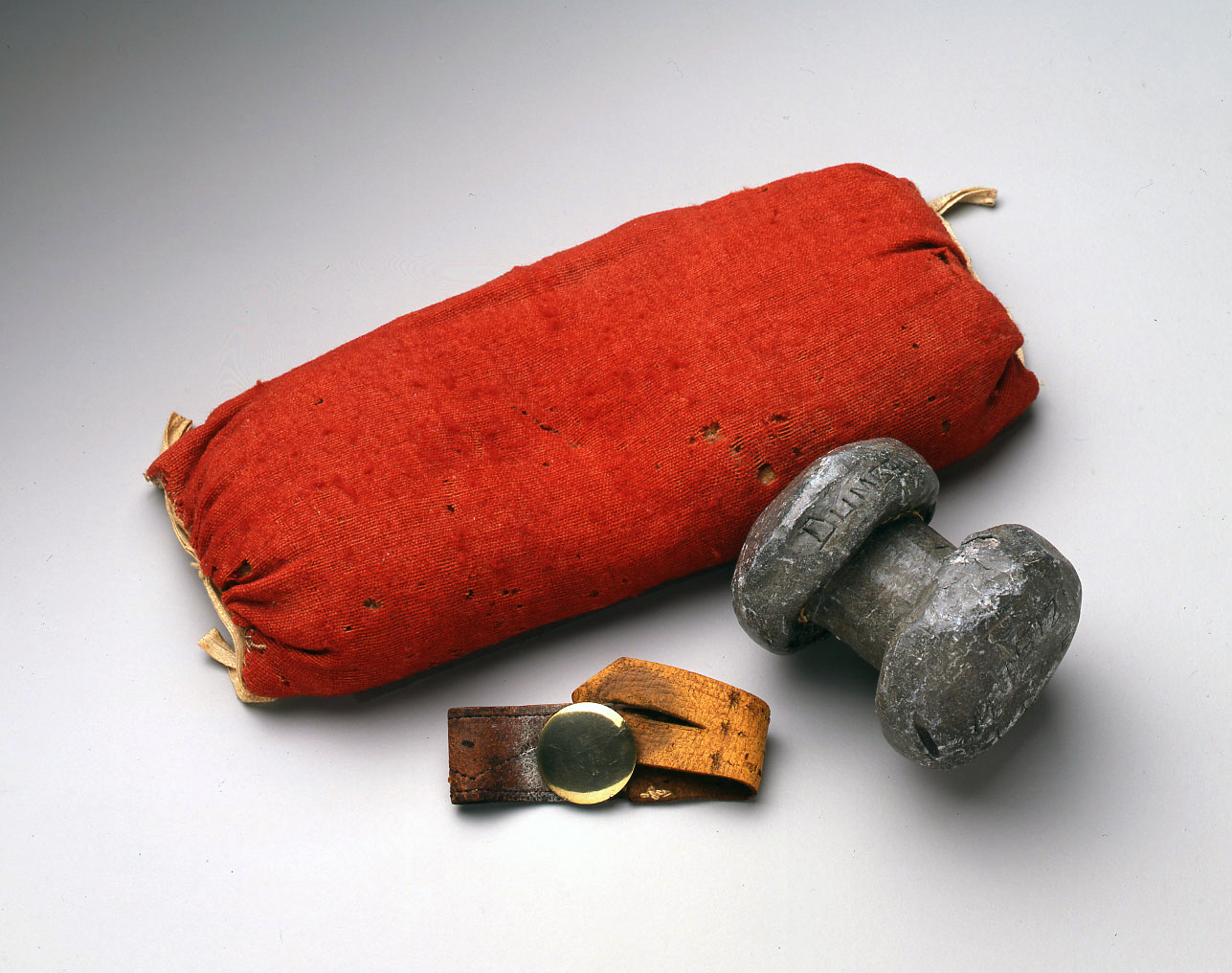 [M]y own health is quite broken down. for the last 10. months I have been mostly confined to the house. ... the dislocation of both my wrists has so far injured the use of my hands, that I can write but slowly and laboriously.4

Feeling obligated to carry on much correspondence, Jefferson sought devices to ease his pain and make the many hours spent at his writing table more comfortable. About ten years before the injury to his left arm occurred, he apparently acquired two small lead dumbbells and used them to strengthen and exercise his right wrist. The crude lead forms were probably made at Monticello. Both are marked in block letters, "THOMAS JEFFERSON" on the end. One also has "DUMBELL" around the edge, and "1812 MONTICELLO VA." on the opposite end.