Though most members of their family were enslaved at Jefferson’s Poplar Forest plantation, brothers James and Philip Hubbard were brought to Monticello in their early teens to work in the nailery. In later years, both  escaped from Monticello, but for different reasons. 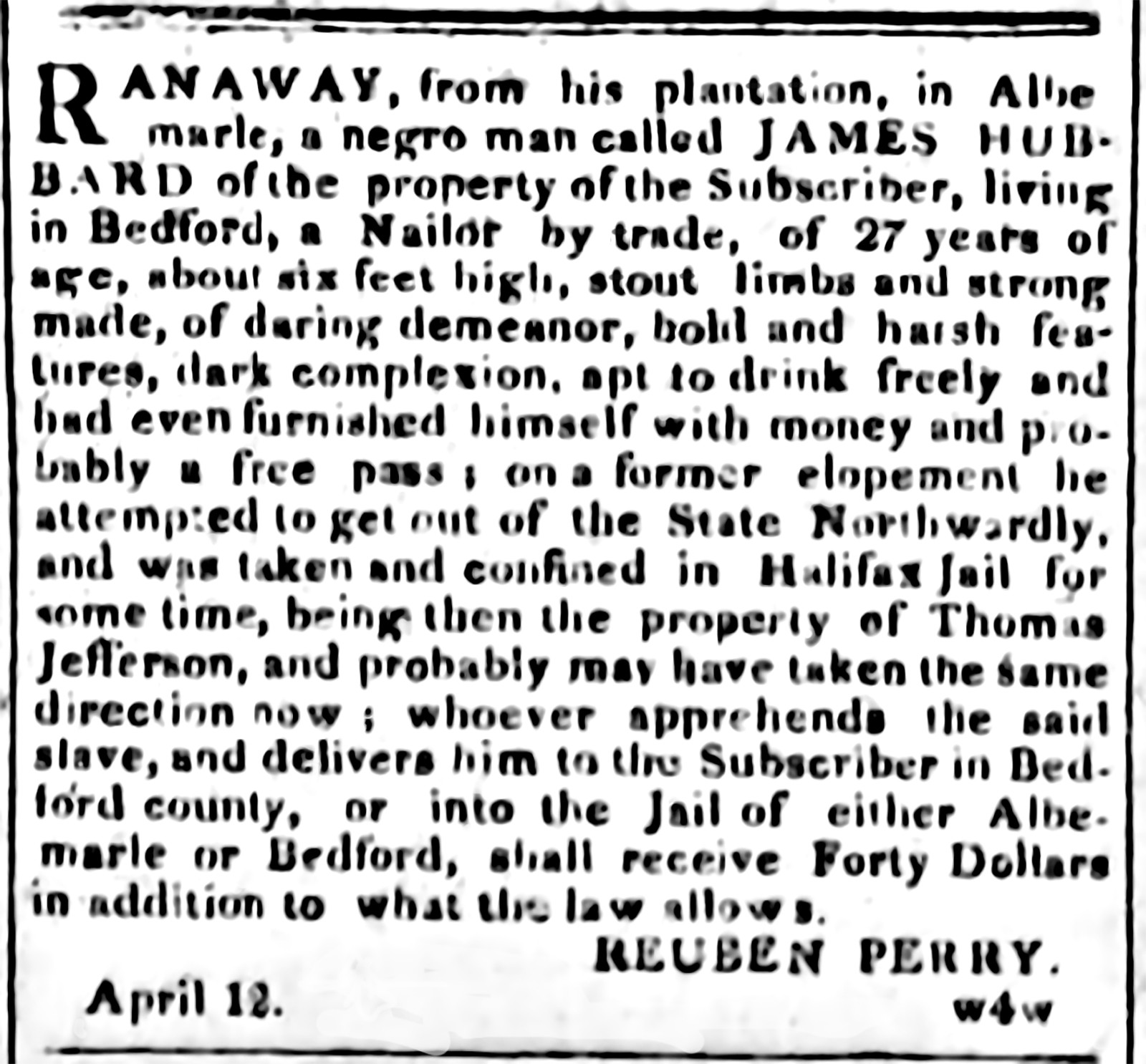 In 1805, with money he had saved, James Hubbard purchased forged “free papers” and new clothing. He set out on foot for Washington but was apprehended outside the city, when his papers were spotted as forgeries. Like many people enslaved in Virginia,  Hubbard was denied access to education and was unable to  recognize  the forgeries were poor quality. He was returned to Monticello in chains but escaped again six years later, remaining at large for over a year. During that year Jefferson sold James Hubbard.

Philip Hubbard also left the confines of his bondage without permission, but he travelled from Poplar Forest to Monticello. His goal was to request Thomas Jefferson intervene at Poplar Forest with the overseer to allow him to live with his wife.