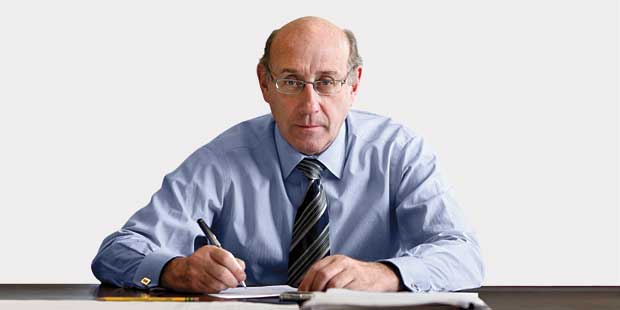 In the wake of many of our nation’s most challenging disasters and tragedies of the 21st century,  attorney Kenneth R. Feinberg has helped bring resolution to those most directly affected. One of the nation's leading experts in mediation and alternative dispute resolution, Feinberg has administered compensation funds for victims of the Sept. 11 terrorist attacks, the BP oil spill in the Gulf of Mexico, the 2007 shootings at Virginia Tech, the 2012 mass shooting in a movie theater in Aurora, Colorado, and the Boston marathon bombings, among other assignments.

Feinberg is best known for serving as the special master of the federal Sept. 11 Victim Compensation Fund of 2001. In that role, Feinberg reached out to everyone who was qualified to file a claim, evaluated applications, determined appropriate compensation and disseminated awards. In 2005, he authored a book about the experience: “What is Life Worth?: The Unprecedented Effort to Compensate the Victims of 9/11.”

“Kenneth Feinberg’s career is a testament to the fact that a great lawyer can bring a sense of justice and fairness to even the most emotionally charged disputes,” said Paul G. Mahoney, dean of the U.Va. School of Law.

Following the April 16, 2007, shootings at Virginia Tech, he was appointed fund administrator for the Hokie Spirit Memorial Fund, which distributed roughly $8 million to those most profoundly affected by the tragedy.

In 2009, Feinberg was appointed by Treasury Secretary Timothy Geithner to oversee compensation of executives at companies that received federal bailout funds in the wake of the financial meltdown.

Following the 2010 Deepwater Horizon oil spill in the Gulf of Mexico, Feinberg was tapped by President Obama and BP to administer a $20 billion fund to pay claims to victims of the disaster.

And last year, he was appointed by Boston Mayor Thomas Menino and Massachusetts Governor Deval Patrick to administer the One Fund, which collected donations to help the families most affected by last year's Boston Marathon bombings that killed three and injured 264.

He also advised the Newtown-Sandy Hook Community Foundation, which distributed $7.7 million to victims of the December 2012 elementary school shooting in Connecticut.

In 2010, Feinberg recounted his experiences in his second book, “Who Gets What: Fair Compensation After Tragedy and Financial Upheaval.”

Feinberg earned his undergraduate degree from the University of Massachusetts in 1967 and his law degree from New York University in 1970. Following law school, he served as law clerk to Chief Judge Stanley H. Fuld of the New York State Court of Appeals.

He founded the law firm Feinberg Rozen in 1992. He has repeatedly been named one of the 100 most influential lawyers in the country by the National Law Journal, and was named the magazine's lawyer of the year in 2004.