“When we came from Virginia we brought one daughter with us, leaving the dust of a son in the soil near Monticello.”
–Madison Hemings, 1873

The Burial Ground for Enslaved People affords an opportunity for honoring and reflecting on the over 400 enslaved people who lived and labored at Monticello during Thomas Jefferson's lifetime. This burial ground, which holds over 40 graves and was likely used beginning in the eighteenth century, was dedicated in 2001 in a ceremony featuring remarks from NAACP President Julian Bond.

Led by guidance of the Getting Word Advisory Committee, a group of descendants representing the interests of multiple families enslaved on this plantation, Monticello embarked on a new initiative to better honor and protect the solemnity of this site in 2018. Completed in 2022, this project introduced more accessible pathways, new plantings, dedicated parking for descendants, additional seating, and new signage.

With descendants from all over the country in attendance, Monticello will host a private rededication ceremony at the Burial Ground for Enslaved People in June 2022.

History of the Site

Almost four hundred persons lived in slavery at Monticello over a sixty-year-period, and well over forty graves are estimated to be within this area. Some of the graves have uninscribed fieldstones at the head or foot, but most have no surviving markers.

Although the names of Monticello's enslaved residents are known, it has not been possible to identify where particular individuals are buried. No graves were disturbed in the course of the archaeological investigations.

The burial ground is located 250 feet to the southwest of the David M. Rubenstein Visitor Center. 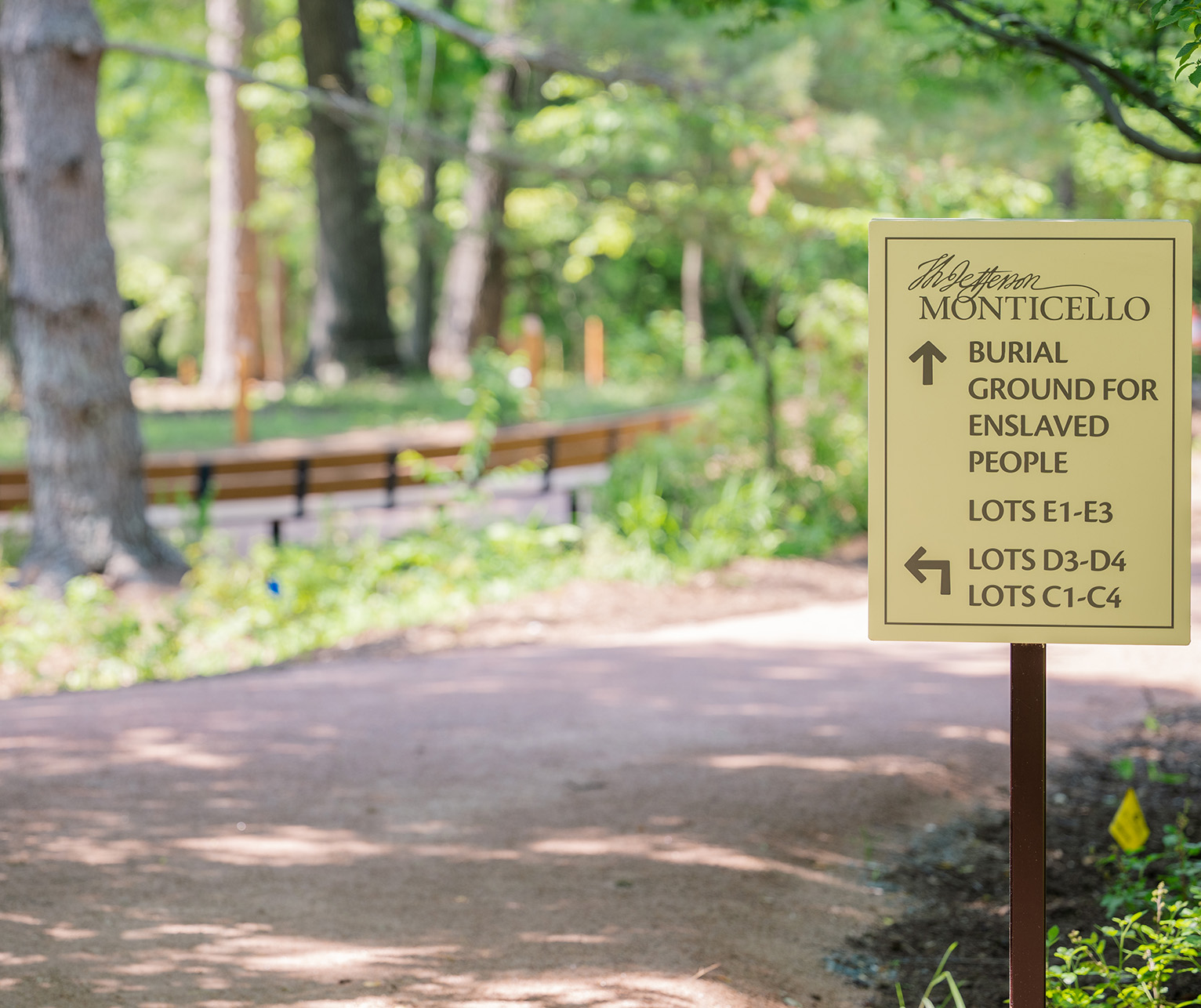 All guests are invited to pay their respects at the public seating areas adjacent to the Burial Ground for Enslaved People when visiting Monticello.

We ask that all visitors be mindful of the solemnity of this site and respect the privacy of a special, gated area within the burial ground where descendants of Monticello's enslaved community can pay respect to their ancestors. 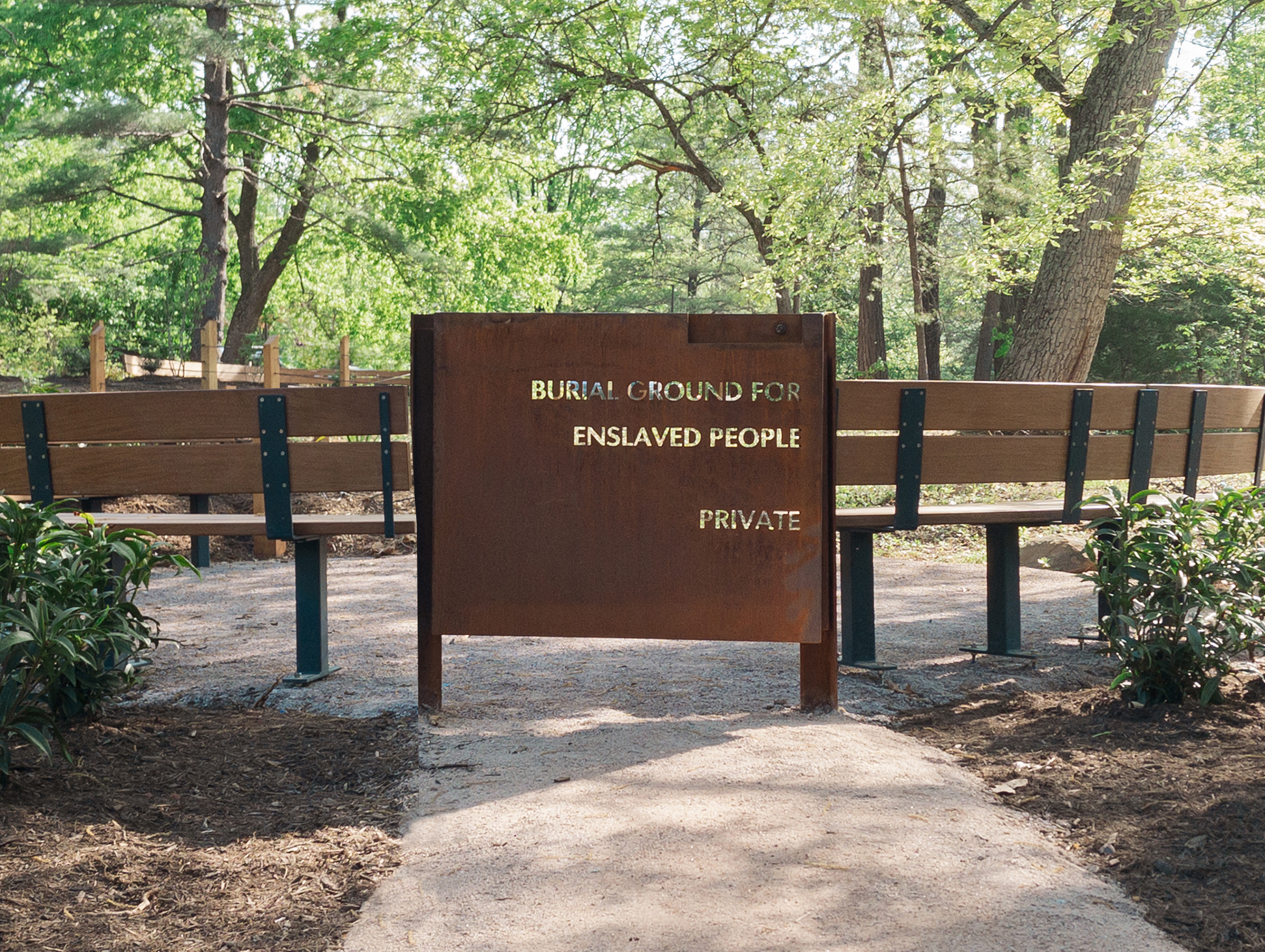 We thank the following supporters for their generous contributions to the Burial Ground for Enslaved People project: