“It just really gets you. I’m always in tears and get goosebumps when people give their oath,” she said. “It just reminds me so much of when I became a citizen.”

Fifty years ago, Nimax remembers how emotional she felt taking the oath of citizenship on the steps of Monticello. “I was really excited and I was really proud of it,” she recalls. “I was really nervous and I didn’t know what to expect.” 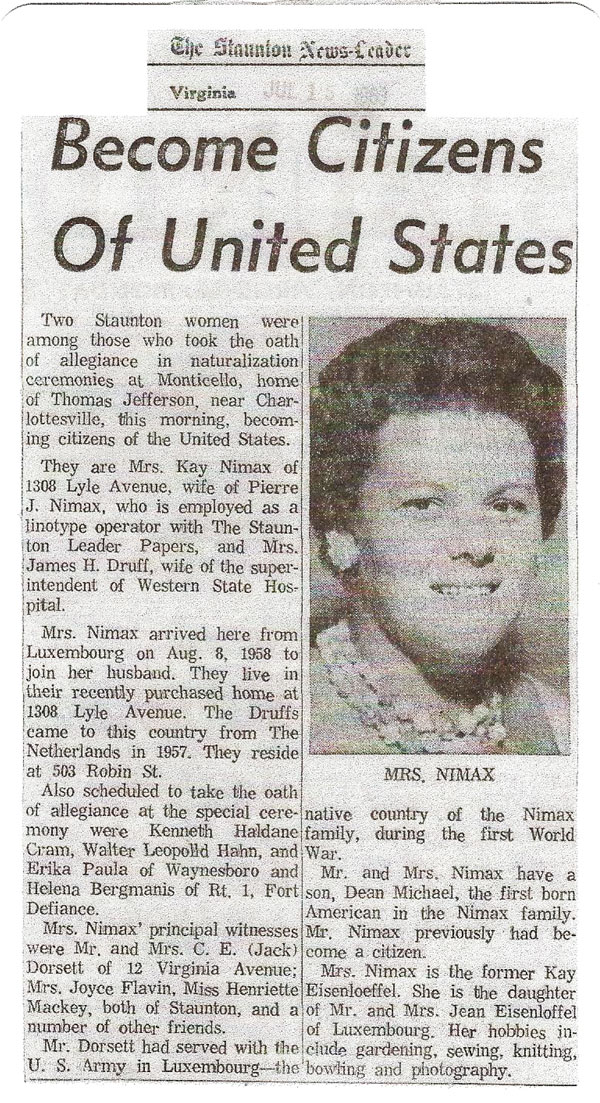 It was a decision that would change her life forever. Nimax and her husband, Pierre, left their home country Luxembourg, the small landlocked European country which borders Belgium, France and Germany, in pursuit of the American dream.

She originally wanted to immigrate to New York City, but they settled in Staunton, Virginia. “Thank god we came down here. It is much better here to raise children than in a big city,” Nimax said. The Shenandoah Valley, also, seemed like the perfect place to relax and actually reminded them of Europe.

The only struggle at the beginning was the language barrier. However, with the help of her family and various books, Nimax learned English. “It was hard, especially the first year, until I could learn English because I could not communicate good with the people. Once I learned the language, it was no problem,” she said. “And the food, of course, was all different, too.” 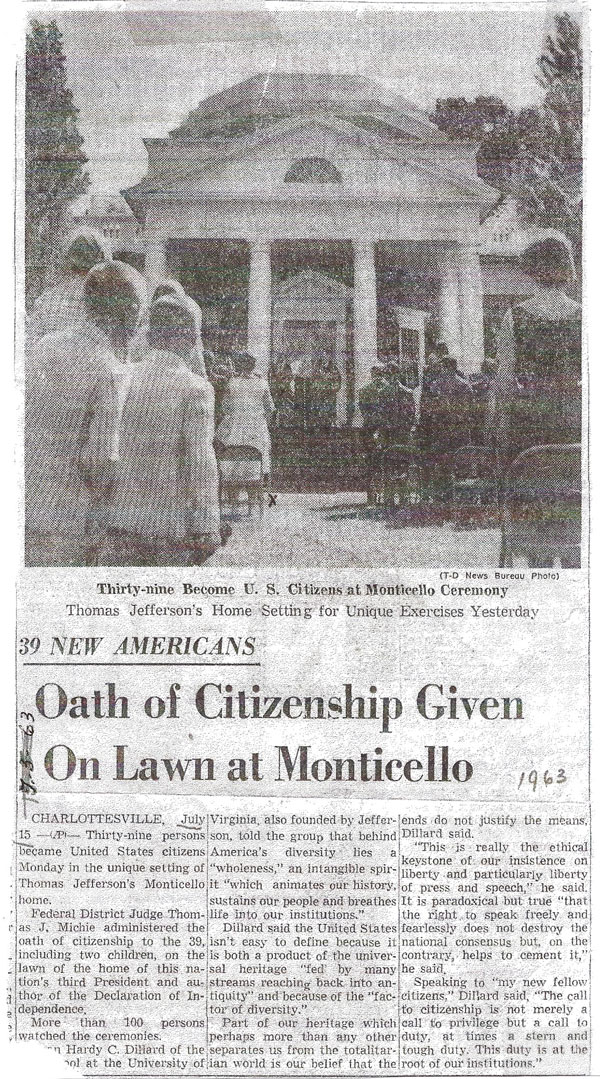 Nimax says when she was leaving her home country only 100 people were allowed to immigrate each year to the United States because of Luxembourg’s small population of 250,000 people. “I think people who live here don’t really appreciate it that they are American citizens and that they are free,” said Nimax. “You have more of an opportunity to make something of yourself here.” After five years in the U.S., Nimax decided to make America her permanent home.

On July 4, 1963, Nimax and 38 new citizens, including two children and 100 audience members, listened to Sir Robert Menzies, the 12th Prime Minister of Australia give the “Thomas Jefferson Memorial Foundation Oration,” in celebration of Independence Day.

Menzies was the first non-American to give an Independence Day speech at Monticello. His speech also marked the first of what is now considered the oldest continuous naturalization ceremony in the United States outside of a courtroom.

Menzies spoke about Australia’s founding and how it was based on the work of America’s Founding Fathers. He also talked about politics, current events and Jefferson’s lasting legacy on democracy.

“If, as Mr. Jefferson did, we believe that an informed democracy is the greatest and most humane system of government ever devised; that it elevates and enfranchises the individual citizen; that it reconciles some demagoguery with much dignity; are we doing enough to make it understood by other nations and other peoples? Are we, perhaps, too negative in our democratic faith, defending it against aggression from outside, but not doing enough to preach its gospel abroad? What would Mr. Jefferson do and say if he could revisit us and look out upon this new world? For freedom was his burning faith. It was not something just to be practiced, but it was also a faith to be preached…”

At the end of his speech Menzies reflected on the significance of celebrating liberty at the home of the author of the Declaration of Independence.

“The freedom of man, sir, is not a local perquisite and it cannot be defended in isolation. There is no better place than Monticello in which to remind ourselves of this great, though occasionally forgotten truth.”

Since 1963, more than 3,000 people from every corner of the globe have taken the oath of citizenship at the annual Monticello Independence Day Celebration and Naturalization Ceremony. 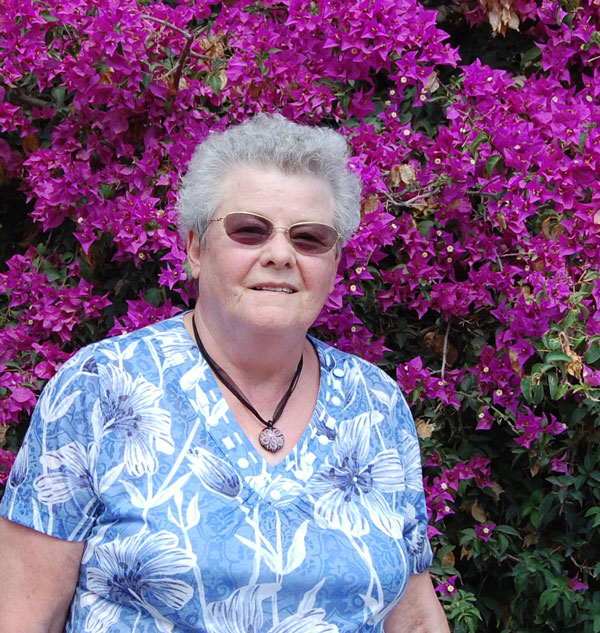 From presidential visits to speeches from famous Americans such as Sam Waterston, I.M. Pei, and General Colin Powell, Independence Day at Monticello continues to bring thousands each year to Jefferson’s West Lawn in celebration of liberty and the pursuit of happiness.

For Kay Nimax, her American citizenship is never far from her mind. When she comes home after a trip to Europe she proudly shows her passport to the custom officials. “They say 'Welcome home!'" "That just makes you feel so good.”

And also view the July 3, 1963 Australian Newspaper "The Age, Melbourne" article about Sir Robert Menzies trip to the U.S.

Look back on 90 years of July 4th celebrations at Monticello!