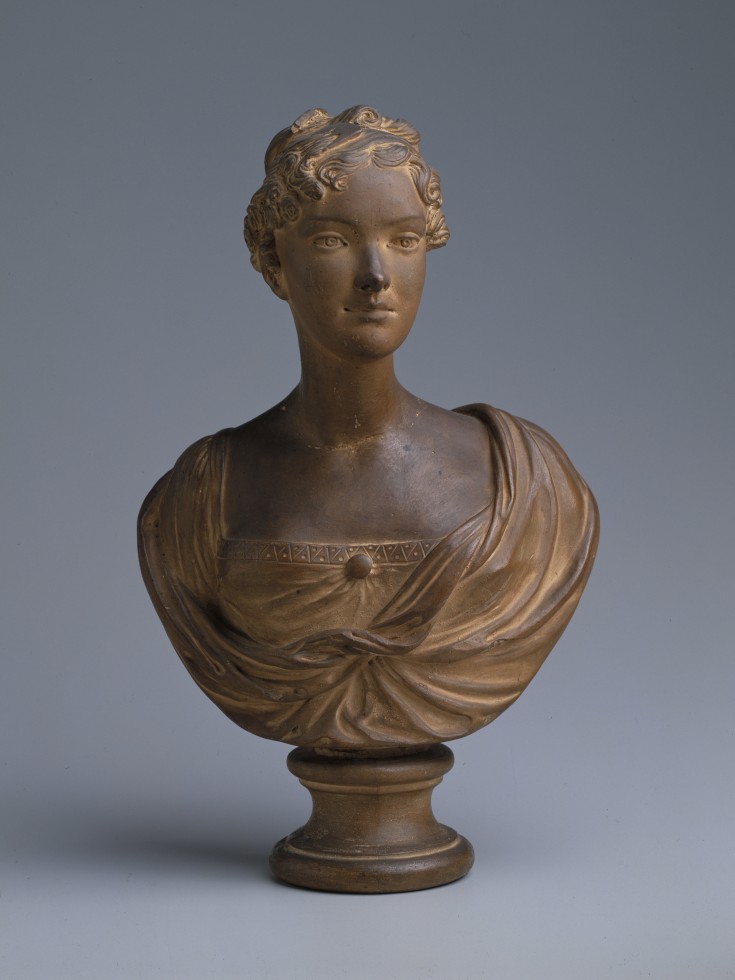 Historical Notes: Cornelia Jefferson Randolph was the fifth child of Martha Jefferson Randolph and Thomas Mann Randolph. Jefferson wrote to Cornelia before she could even pen a reply and sent her poems for her scrapbook, such as the "grasshopper's Ball," that he cut from newspapers and magazines.[1] She accompanied her grandfather on his trips to Poplar Forest. In 1817 Jefferson wrote Martha from his retreat and described Cornelia and her sister Ellen as "the severest students I have ever met with. they never leave their room but to come to meals. about twilight of the evening, we sally out with the owls & bats, and take our evening exercise on the terras."[2]

During their stay at Poplar Forest Jefferson took Ellen and Cornelia to visit nearby Natural Bridge. In two letters to her sister Virginia, Cornelia vividly described their eventful trip. She shared her grandfather's affection for the bridge, writing that "the scene was beyond any thing you can imagine possibly."[3]

Cornelia, who never married, was an amateur artist. She operated a ladies school at Edgehill with her sister Mary in the 1830s and 1840s, where she taught drawing, painting, and sculpture.[4]